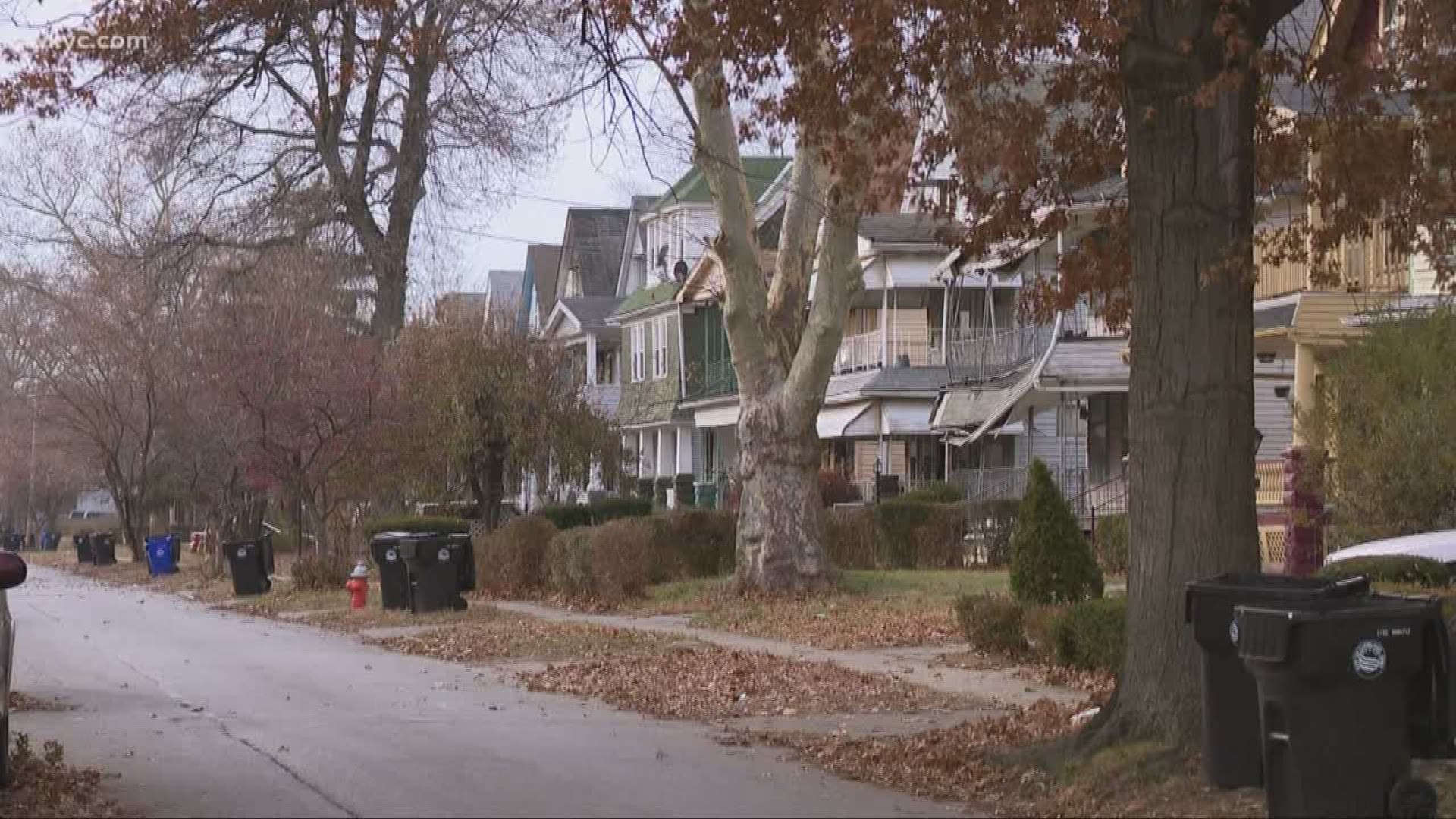 CLEVELAND — This is fertile land, waiting for seed to take hold.  A city's seeds of growth.

This corner of Cleveland's Glenville neighborhood is being cultivated for economic growth. This is East 105th Street – a main artery through Glenville.

The street has seen far better days, but in the last few decades, much of the neighborhood has gone into distress.

"But in distressed neighborhoods, that's why they're distressed because there's no private investment," Cleveland Mayor Frank Jackson told me.

Mayor Jackson is pushing a Neighborhood Transformation Initiative. In the Center for Arts-Inspired Learning, we spoke of distressed neighborhoods needing the double barrels of private money and public policy and dollars to grow.

Jackson's wish list is risk-taking companies to spark a neighborhood's economic backbone. "We have to underwrite that until the market catches and it can sustain itself," he told me.

Cleveland is putting up $25 million dollars from a bond issue. Banks have committed another $40 million for housing construction and commercial development. Not just Glenville in northeast Cleveland, but the long-range plan eyes several other neighborhoods.

But Glenville takes the first step.

"We're right next to public transportation. You go right down the street, you can go to a freeway," Jackson says. "You go up there, you go to museums.  You go here, you go to the hospital. It's right here. It's here to be had."

Over several decades, neighborhood distress slipped in and will not be pushed out overnight. Still, change is coming, predicts the mayor.

Jackson and I both grew up in Cleveland, remembering the city's strength when Cleveland population pushed 900,000 as compared to its current 385,000.

The two of us visited the Glenville house of my youth.  My parents moved out decades ago, but through the years, foreclosure creeped in to leave it forgotten and foresakened.

"I want to save this house because my memories are here," I told the mayor.

"But the question is … who wants to be the pioneer?," he replied.

Which is what this story is about.

At East 105th Street and Ashbury Avenue, the new building going up is a pioneering effort. The hope is it will be a jumpstart.

"On the first floor will be a commercial incubator space for a restart, other types of commercial activity. I think room for about six or seven businesses," Jackson explained to me.

I grew up in this neighborhood in the 1950s and 1960s when East 105th Street was jumping with business. But most of the businesses of that time are gone – what the mayor calls 'the old bones.'  What's needed, says the mayor, are new bones – new businesses, right here.

This is fertile land.  All it needs is financial cultivation.

While Mayor Jackson and I walked East 105th Street, Yvonne Wilson, a longtime businesswoman greeted us.

"What will that do for you if the mayor's plan gets underway and is everything he says it ought to be?," I ask her.

"It'll be a miracle in business," she replied.

"What she's seen over 45 years, she's seen the transition from what it was to what it is and she also will see the possibility of what it can be," Mayor Jackson said.

This is the story of an neighborhood struggling to get back on its feet. There are points of growth, but not nearly enough.

If the Glenville initiative works, the goal is to spread the plan to other neighborhoods. The public-private partnership works to build community brick and mortar bones on which to hang economic muscle. Mayor Jackson believes the initiative can push Cleveland to a better place.