Leon Bibb: The shots felt around the world

As the U.S. wraps up one of its darkest weeks, we enter a new stage of the battle; one of hope and relief. 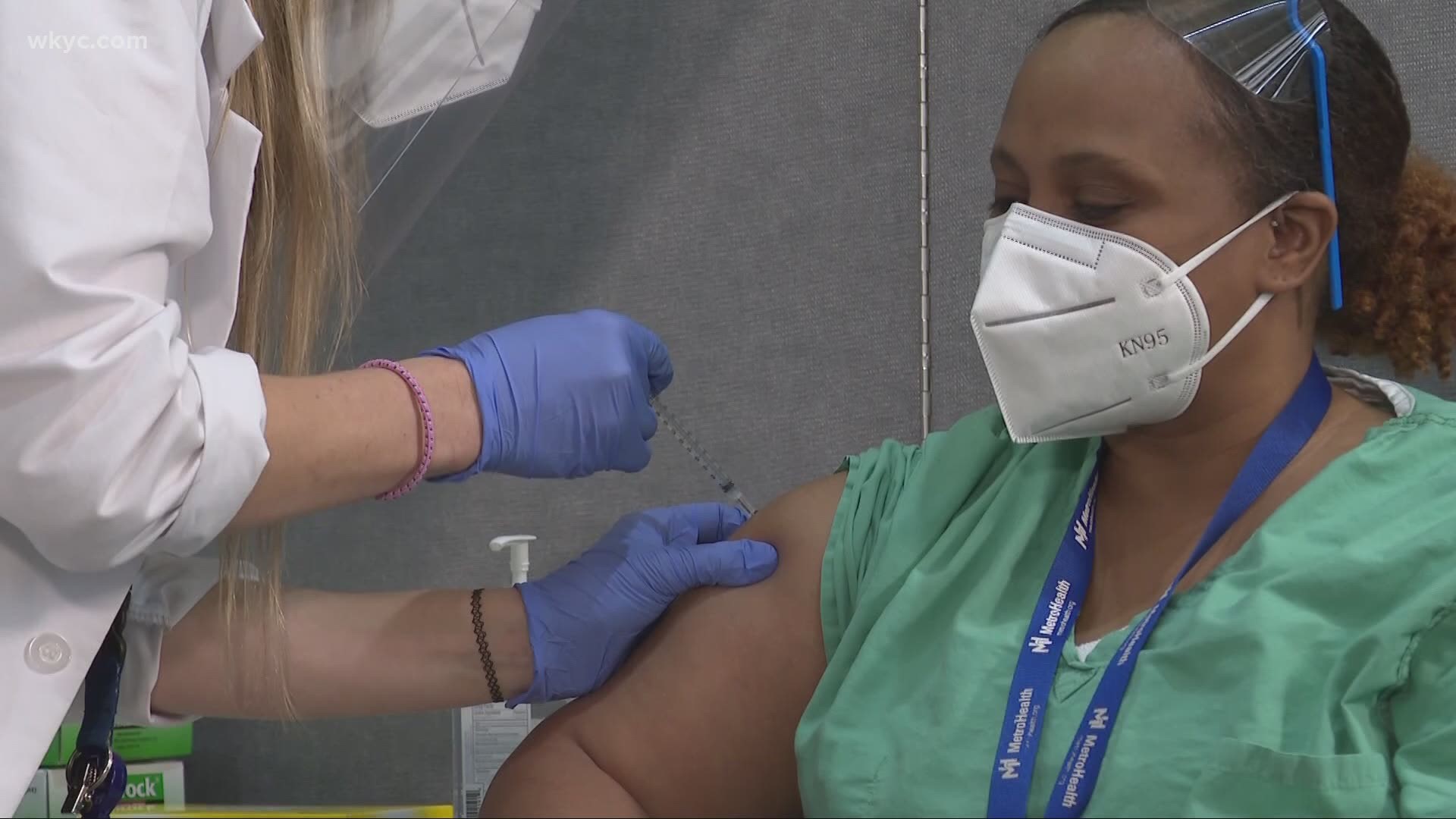 CLEVELAND — They were shots felt around the world.

Those first vaccinations we watched intently for were hailed as the potentially life-saving moments for which we have waited. The vaccine pushed into arms marked the first glimmer of light we have seen down a long dark tunnel we have traveled.

When the first of the vaccine to fight Coronavirus in mass quantities rolled out of the pharmaceutical’s manufacturer in Michigan, the vehicles on which the vaccine moved rolled amid applause. And tears of joy. And prayers of thanksgiving. We finally had an answer. Thousands of vials of vaccine bound for distribution centers and later human arms.

This has been a turning point in a war science and medicine social distancing has fought. Deaths in this war with the virus have been larger in number than the American deaths of the long World War II.

In some ways, scenes of our battle on the move-out of vaccines are reminiscent of the moving out of World War II armaments of nearly eight decades ago when Americans were taking it to a different kind of enemy.

The I-X Center, next to Cleveland Hopkins Airport stands closed now. But during the 1940s World War II era and in the early 50’s Korean War, American military tanks were made here. In the days of war armaments manufacturing, tanks were muscled out of here bound for the war. War armaments rolled amid applause and prayers for the soldiers who would fight in them, taking the war to the enemy.

There is a similar feeling as a different armament rolls across the country to target a different foe – Coronavirus. Vaccine for a war which surrounds each of us in one way or another. Science and medicine are now armed with a vital weapon in their arsenal. It is for all of us for we are all soldiers on the battle line in a different kind of war. The news is encouraging. Help is on the way. Literally and figuratively, the news is a shot in the arm.

All of this comes at a time as we approach the Winter Solstice when the darkness of long nights is pushed away to usher in lengthening periods of daylight. In our holiday season of celebration, we hang lights which also chase away the darkness.

But this season, something more.

There is the shining light of a vaccine to chase away a darkness. The vaccine itself is a glimmer of light enlarging as it moves toward us and we toward it. Help on the way, brightening; widening its glow as it gets ever closer to each one of us.