Honoring the legacy of Stephanie Tubbs Jones: Health Center in her name continues to expand access to all

In 2011, the Cleveland Clinic made a commitment to take care of the health needs of the community. Today, that commitment continues and is going strong. 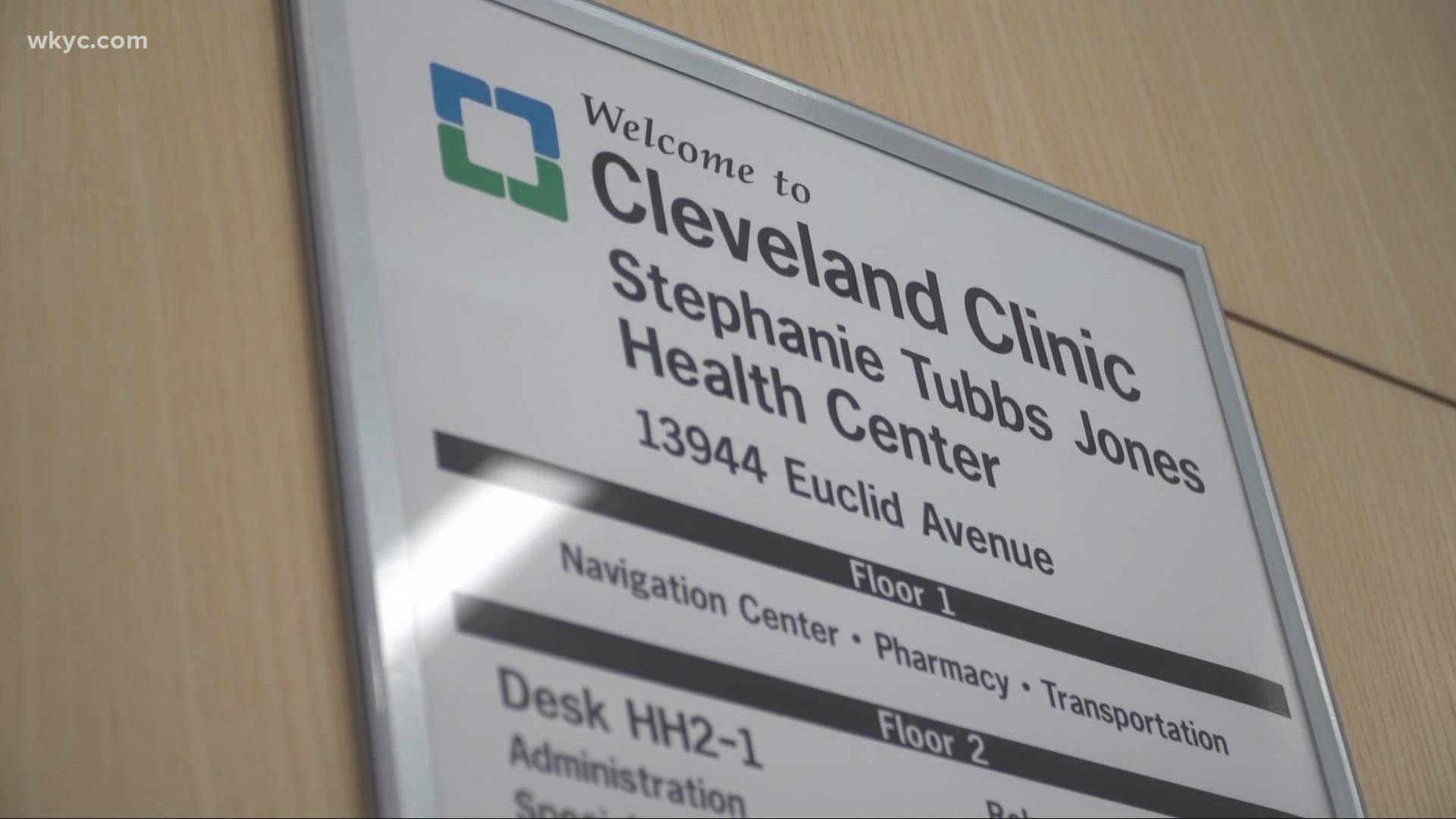 EAST CLEVELAND, Ohio — It's an oasis in the East Cleveland community. Here, people are refreshed. Better yet, they are healed.

This is the Stephane Tubbs Jones Health Center of the Cleveland Clinic named in memory of the late Cleveland-area Congresswoman. It has been 10 years since the center opened.

"To be here 10 years as a pillar in this community is awesome.  We're not only serving East Cleveland, but also the surrounding areas," said Katie McGhee, director of Ambulatory Services.

Before the center, the Huron Hospital stood on the same ground. When it closed several years ago, there was controversy. In 2011, when this health center opened, there was a celebration. Dr. Yolanda Thigpen, whose specialty is obstetrics and gynecology, has been here ever since.

"We do what we can for our community to keep our moms and babies as healthy as possible because the infant mortality rate is particularly in the African American community is higher," said Dr. Thigpen.

For Dr. Thigpen, hers is a mission to help bring better health to patients, even to the point of providing transportation for patients who cannot get here on their own, but who live within five miles of the East Cleveland center.

Ruby Cooper has been a patient all the center's 10 years.

"Just met a lot of people who have made a hig difference in my life that I would share with anybody," Ruby said.

Credit: Cleveland Memory Project
Huron Hospital had a very long history in East Cleveland, but was eventually shuttered in 2011, amid much controvery.

Since it has opened its doors, Cleveland Clinic officials say the center has treated 566-thousand patients.  Full-time work to address a community's needs.

"There are so many chronic diseases in this community and we were able to address all of their needs by doing a health needs assessment every year," said McGhee.

Credit: Mike Lewis
Patient Ruby Cooper tells Leon Bibb that the Stephanie Tubbs Jones Health Center is like family. She has been coming since it opened, and feels she gets excellent care from people she has come to know.

I earlier described this health center as an oasis in the community.  A place for refreshing and healing.  Not only medicine here, but also food itself.

"We have a food pantry every month and we partner with the Greater Cleveland food bank to be able to provide fresh produce for people for people on a monthly basis," McGhee also shared.

"We see our patients as individuals. We try to listen to learn who they are," said Dr. Thigpen.

"And we're all just one family," Ruby Cooper summed up.