Power of Healing: Combating COVID-19 vaccine mistrust within the Black and Latinx communities

Black Americans have been hard hit by COVID-19, but polls say many are also hesitant to get a COVID vaccine shot. 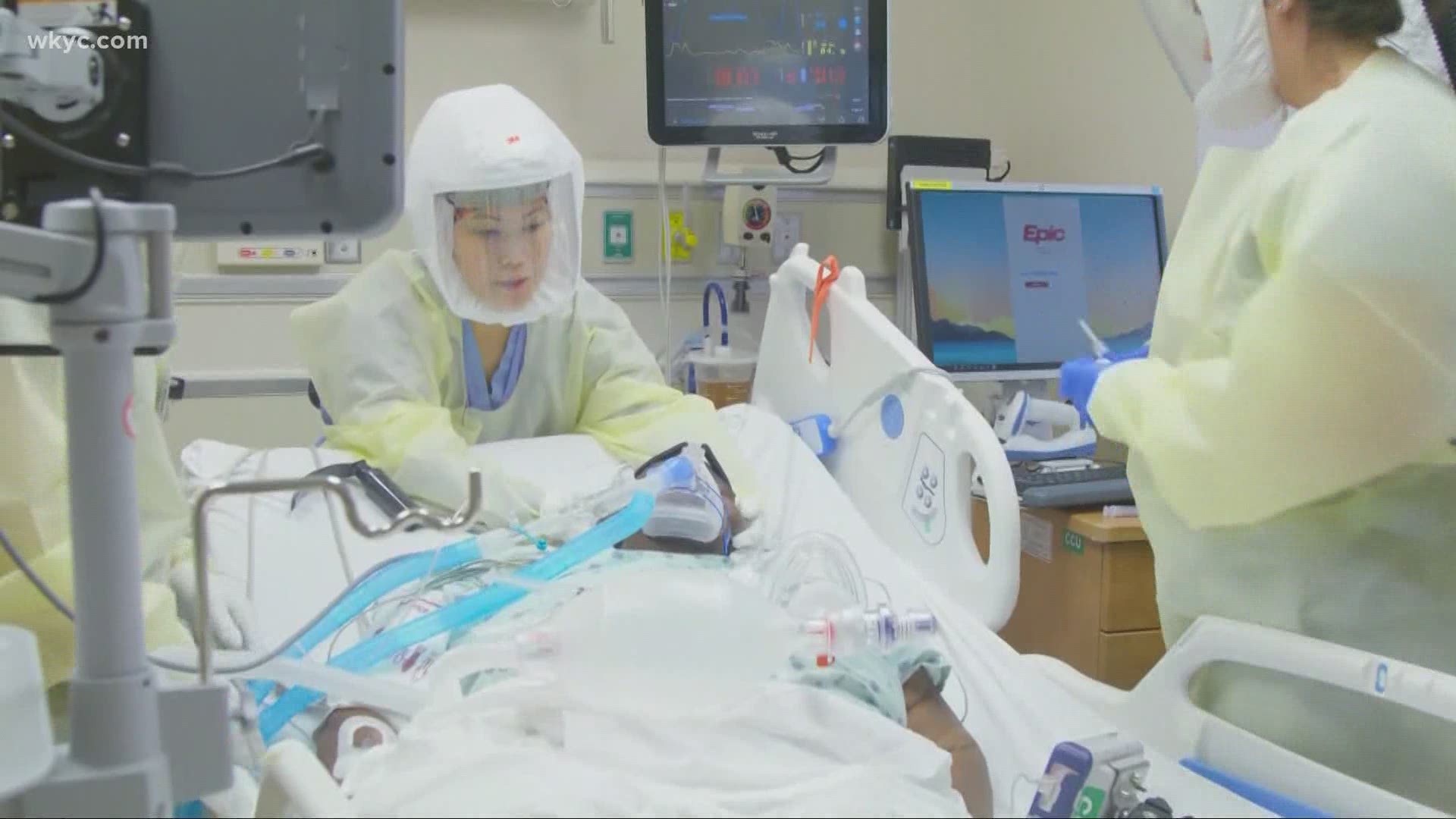 CLEVELAND — A pandemic that is all-consuming.

Complicating this crisis is another one fueled by distrust of medical systems and of the government. In the U-S, Black people are four times more likely to be hospitalized from COVID-19 and three times more likely to die from it. Still, however, in some black and brown communities, there is a hesitancy to get the vaccine.

“Certainly, there is a lack of trust," said Dr. Lee Kirksey, vascular surgeon at Cleveland Clinic.

Dr. Kirsey is troubled by the lack of trust among some for the COVID vaccine. But he is aware distrust of what the government says about the vaccine stems from an old problem that has ancient roots.

“It is going back 400 years; you know to slave times and these experiments have been passed down through generations. And we talk of the United States' health care Tuskegee experiment,” said Kirksey.

Credit: Cleveland Clinic
Black and Latinx populations have been hard hit by COVID-19, but polls say many are also hesitant to get a COVID vaccine shot.

The Tuskegee Syphilis Experiment was a U.S. Government clinical study between 1932 and 1972. Studied was syphilis and its effects if not treated.

Deceived into the study were poor Black sharecroppers told for their participation they would receive free government health care. The poor black men were never told they in fact had Syphilis, and were never treated for it even when a cure had been found. When the unethical federal government abuse was uncovered, there came an apology, but it was too late to save most of the 399 black men who had died. Distrust of government grew.

And even in more recent times, in far different areas.

“We think about Flint Michigan and the water issue in crisis that disproportionately affected Blacks and poor whites in Flint Michigan,” said Dr. Kirksey.

All these sowed seeds of distrust in government.

Credit: AP
FILE - In this March 21, 2016, file photo, the Flint Water Plant water tower is seen in Flint, Mich. Michigan Gov. Gretchen Whitmer says a proposed $600 million deal between the state of Michigan and Flint residents harmed by lead-tainted water is a step toward making amends. Officials announced the settlement Thursday, Aug. 20, 2020, which must be approved by a federal judge. (AP Photo/Carlos Osorio, File)

It is the government that proclaimed the COVID vaccine as safe, but some are suspicious. So, there is a push for acceptance of the vaccine to end the pandemic.

“These vaccines that we have available under emergency use authorization, they're 90 to 95 percent effective,” Dr. Kirksey stated.

Community leaders among Black and brown populations are publicly taking vaccine shots, encouraging all people to do the same.  Among those promoting the vaccine is Dr. Kirksey, who applauds community leaders who are Black and well known.

“If I get the vaccine, I'm not just helping myself, but I'm helping my auntie, I'm helping those older folks within my environment that may be susceptible to severe COVID infection.”

Wherever you can get the vaccine, get it. The vaccine is safe.

The protection of your life and of those around you depends on it.

RELATED: 'The vaccine is safe.' Bridging the healthcare system and COVID-19 vaccine with the Black community

RELATED: Cleveland school leaders get first dose of COVID-19 vaccine in effort to 'encourage community to follow their example'