Turning Point: How something small can change the course of the world

A frightened girl kept her lens steady, bringing us to where we are today. 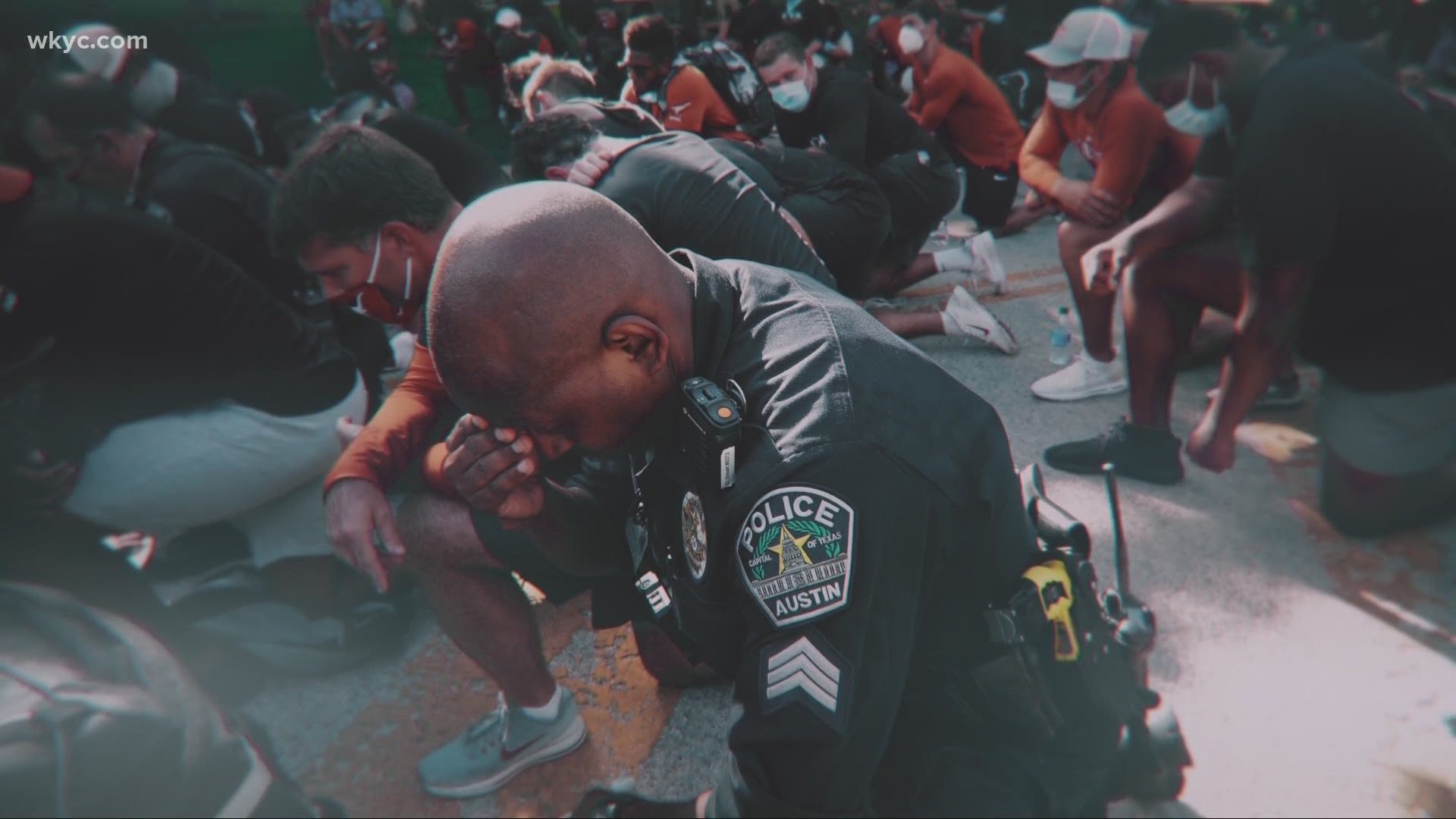 CLEVELAND — A picture of a single, troubling, criminal moment in time. It is a freeze-frame of a video marking a man's point of no return.

This homicide of George Floyd cuts into my very soul. The world would see this tragic sight of a man pleading for his life as he felt the crushing weight of a Minneapolis police officer's knee which cut Floyd's life-giving breath. This picture is seared into my memory of a nation. Pictures of a crime in Minneapolis which have changed the course of history.

Some photographs are so shocking and influential, they move people who otherwise might not have been moved had they not seen them. But hundreds of millions have seen the ghastly killing of George Floyd. Photographs and video circulated worldwide, touching so many people. History made an abrupt turn.

We saw George Floyd die in police custody because there was a camera there. It was a 17-year-old Minneapolis girl who turned her camera on the ghastly scene. Her video recorded a killing in its gruesome torturous length. Launched from that scene would be the prosecutor's evidence and a nationwide movement.

Had the teenager not been there, how would George Floyd's death be told by four Minneapolis police officers.But she was there and her recorded images would move the world because of the camera's power to communicate.

Many times we have seen the power of the lens. In the 1950's and 60's, pictures of the quest for civil rights were so graphic, the world could not turn away. People who saw the cruelty of injustice joined the Civil Rights Movement toward a better America.

And the world shifted.

It shifted again in Minneapolis, in Cleveland, and across the country. The shift came with widespread prayers for peace and widespread times of turmoil.

And then a funeral the world could see.

In the final moments of his life, George Floyd uttered, "I can't breathe," his final words caught on video. Her camera saw all 8 minutes 46 seconds of Floyd's groaning until his voice was silenced by death.

The effects of the death of George Floyd still unfold. Cameras will capture many of the images. Martin Luther King said, "the arc of the moral universe is long but always moving upward."

Part of where we are in the arc of this nation at this moment has come from a traumatized girl with a camera who captured a horrible injustice, aware that those who view it will understand more than words could ever say.

RELATED: 'There can be a change': Tuesday's George Floyd rally in Cleveland stays peaceful, unlike Saturday