Hang in there, Browns fans. Your Super Sunday time will come -- maybe

As the 49ers and Chiefs take the field in Miami, Dave 'Dino' DeNatale dreams of a time when Browns fans can finally enjoy a Super Bowl appearance. 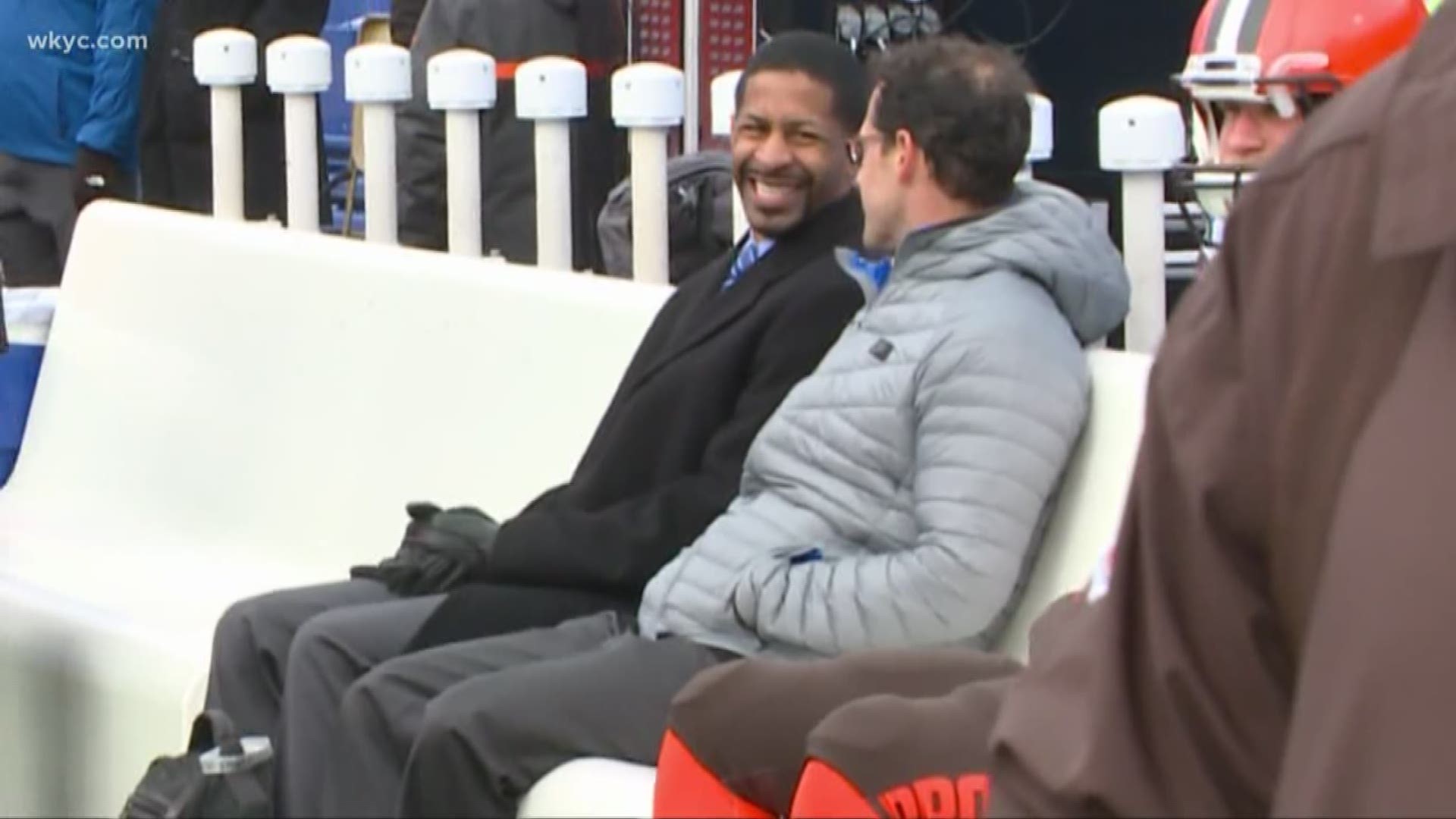 CLEVELAND — So here I was having a relaxing Super Bowl Sunday today. Then all of the sudden, I saw a tweet from my buddy Daryl Ruiter from 92.3 The Fan.

"Today marks the 54th straight year #Browns & Cleveland are forgotten on Super Sunday. The NFL’s only market & franchise to never play in or host a Super Bowl."

The Lions, Texans, and Jaguars have likewise never played in a Super Bowl, but all three cities have hosted Super Sunday.

The Browns won the NFL Championship in 1964, lost the title game the year after to Green Bay, and then suddenly, the Super Bowl era began.

Surely, there would be the opportunity to play on Super Sunday, right?

The Browns lost the NFL Championship game at home to the Baltimore Colts in 1968 by a resounding 34-0 score. The Vikings then blasted the Browns the following year, 27-7. Both the Colts and the Vikes went on to lose in the Super Bowl, but if you were a Browns fan, you had every reason to believe that someway, somehow, your team would find a way to cross that final hurdle.

Once the NFL and AFL merged starting in 1970, the Browns seemed to be out of step with the rest of the league. They made the playoffs just twice in the 70s and had four different head coaches, plus an interim. (sound familiar?)

Had they beaten the Raiders at home in 1980, the Kardiac Kids would have been matched up in the AFC Championship against the San Diego Chargers. Air Coryell would have had a tough time against Sam Rutigiano's defense. Could they have beaten the Eagles in Super Bowl XV? I wouldn't have picked against Brian Sipe and company in a dome!

If the Browns had just held on to a 21-3 lead in Miami in the 1985 AFC Divisional Playoffs, they would have hosted the New England Patriots in the AFC Championship. And it wasn't like you would have been facing Tom Brady and Bill Belichick.

The one of two times that I've cried over a sports loss came in the 1986 AFC Championship game. I was so sure that the Browns were going to win when Brian Brennan made a spectacular touchdown catch to put Cleveland up 20-13 over Denver with six minutes to play.

Then, that Elway guy had to ruin it with a miraculous 98-yard drive.

Would that Browns team have beaten Bill Parcells' Giants in Super Bowl XXI? Possibly. I'll say this, I've always been convinced that had the Browns beaten Denver in the rematch in 1987 at Mile High, they would have topped the Redskins in Super Bowl XXII. That was the best Browns team I've seen in my lifetime.

The Browns made the playoffs three more times between 1988 and when Art Modell moved the franchise to Baltimore. They even played in one more AFC Championship Game in 1989 and were picked by many to go to the Super Bowl in that last, fateful year of 1995.

It just never was meant to be, I guess.

I bring all of this up because a whole generation of fans here in Northeast Ohio have come of age only knowing the Cleveland Browns as a losing franchise. Since they've returned to the NFL in 1999, there have been just TWO winning seasons and only one playoff appearance.

Can Kevin Stefanski and Andrew Berry break the spell that has cursed this franchise? I have no idea. Heck, I thought Butch Davis was the answer. I thought Mike Holmgren was the perfect person to revitalize the franchise. I believed in John Dorsey.

Until the Browns finally get it right, as owner Jimmy Haslam likes to put it, we are all stuck sitting at home (not counting my boy Ben Axelrod who is covering the game for us) watching someone else get the glory.

RELATED: FIRST LOOK | Check out these Super Bowl commercials that have already been leaked