W. James Cobbin, of Youngstown, played for the New York Black Yankees and Indianapolis Clowns from 1956 to 1958 before being drafted into the Army. 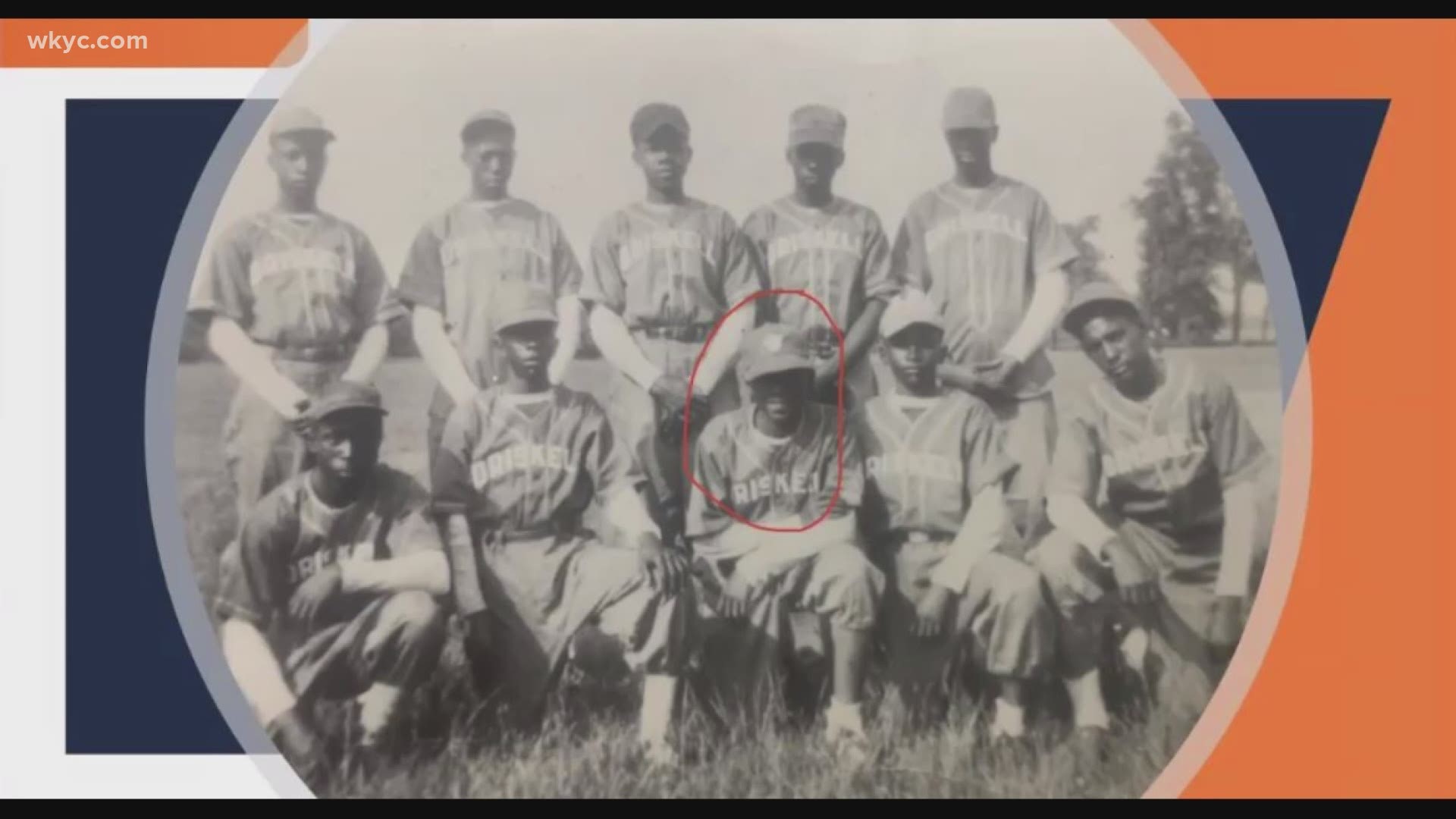 YOUNGSTOWN, Ohio — A part of baseball’s history is encased through memorabilia on shelves and walls in Youngstown. It’s also housed in the life of 86-year-old W. James Cobbin, a former Negro League player from the 1950s.

The Youngstown native’s chapter of baseball history began when he was just 13 years old, watching the Cleveland Indians win the 1948 World Series against the Boston Braves.

“Every day I played baseball and the Indians were my team,” Cobbin shares. “I woke up and went to sleep on the Cleveland Indians. They’re my heart. They’re (why) I play baseball.”

The 1948 history-making team had Larry Doby and Satchel Paige on their roster. At the time, they were the first Black players to ever win a World Series in Major League Baseball. It’s an achievement Cobbin would hope for in the mid-1950s as he headed to spring training with the Pittsburgh Pirates in Brunswick, Georgia. Unfortunately, when Cobbin arrived he says he and another Black prospect had to stay with a sharecropper in meager surroundings while the white players were housed at a lavish hotel.

The two thought they would be cut because of the color of their skin, but Cobbin says their play was so good at exhibition games that it made it impossible for the organization to cut them. Shortly after, a representative from a Negro League team arrived at camp offering contracts to play ball, an opportunity Cobbin says he's glad he took.

“It made me a better ball player than if I would have been in those other kind of situations where nobody clearly wanted you to be,” Cobbins explains.

The father of two and grandfather of five says the struggle of facing discrimination also made him a better man.

“If we would have not been resilient enough to fight through the segregation, the spitting on us and the name-calling to arrive to where we are today, we would have never made it.”

Cobbin made it indeed, playing with the New York Black Yankees and the Indianapolis Clowns from 1956 to 1958 before being drafted into the Army. He continued to play baseball in the armed services and says the 1959 team he played for won the USAREUR World Series.

Cobbin is now an entrepreneur, owning a transportation company and an office tower in Youngstown. The WJ Cobbin Officer Tower, located on 5th Avenue, is equipped with a gallery documenting Cobbin’s contribution to baseball's past.

“History is something that you got to keep alive,” Cobbin says. “Our kids cannot grow up not knowing from which they came.”

Cobbin is also the uncle of 3News' Danielle Wiggins. He has been married to her great aunt, Anne Ruth, for nearly 60 years.

Credit: W. James Cobbin
W. James Cobbin on his wedding day. He will celebrate 60 years of marriage this August. Cobbin is married to the great aunt of WKYC's Danielle Wiggins