Kent State has announced that Kalin Bennett, the first Division 1 recruit with autism, will suit up for the Golden Flashes on Wednesday. 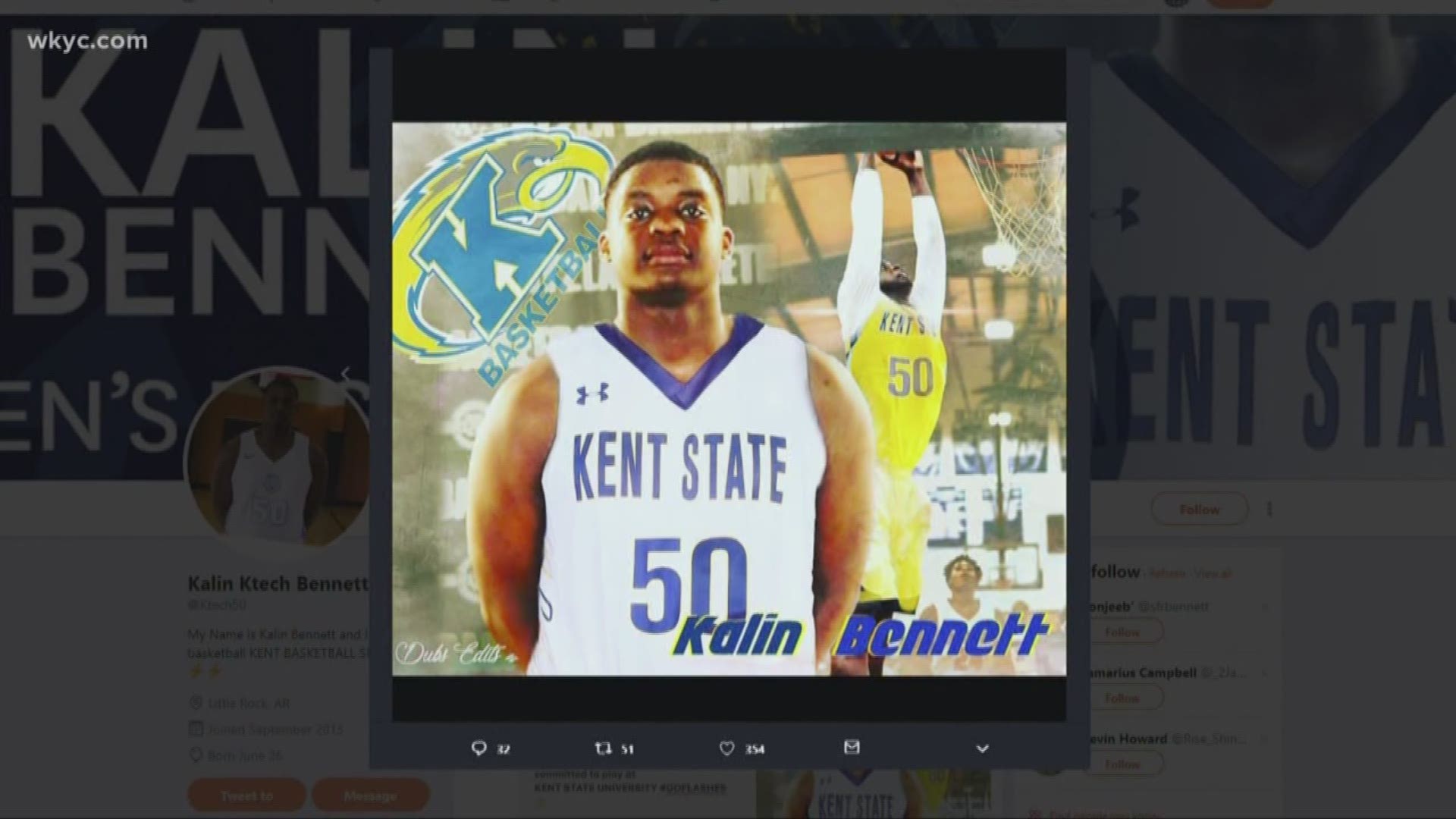 Last fall, Kalin Bennett made history when he became the first recruit with autism to sign a national letter of intent with a Division-I school.

On Wednesday, the 6-foot-11 senior will be eligible to make his college basketball debut.

In a press release issued by the school, Kent State head coach Rob Senderoff announced that Bennett will dress and be available to play when the Golden Flashes host Hiram in their season opener on Wednesday. Per NCAA rules, only 13 players on a college basketball team's roster are allowed to dress and be eligible to play in a game.

A native of Little Rock, Arkansas, Bennett made headlines last fall when he signed his national letter of intent to join Kent State's 2019 recruiting class.

"It's just a day they said I would never have," Sonja Bennett, Kalin's mother, told THV11 Digital on her son's graduation day.

Despite his disability, Bennett ranked as the No. 16 prospect in the state of Arkansas entering his senior season at Little Rock Christian Academy. Last year, he spent the winter playing for Link Year Prep in Branson, Missouri.

At 6-foot-11 and 300 pounds, Bennett ranks as the tallest player on the Kent State roster. The Golden Flashes return six players -- including three starters -- from last season's roster, which amassed a 22-11 record and third-place finish in the Mid-American Conference East Division.

"We knew we were going to recruit some size and watched Kalin play this summer and got to know him and his story," Senderoff said of Bennett in a press release last year. "We are really excited to bring him to Kent State. He has autism and to my knowledge, he will be the first Division I player with autism to sign an NLI. We're very excited about the potential he has as a basketball player and he's only scratching the surface. Kalin is a big, strong, physical player that has a soft touch. We look forward to watching his development over the next few years."