WKYC's Nick Camino and Ben Axelrod return to give their picks against the spread for Week 3 of the college football season and Week 2 of the NFL. 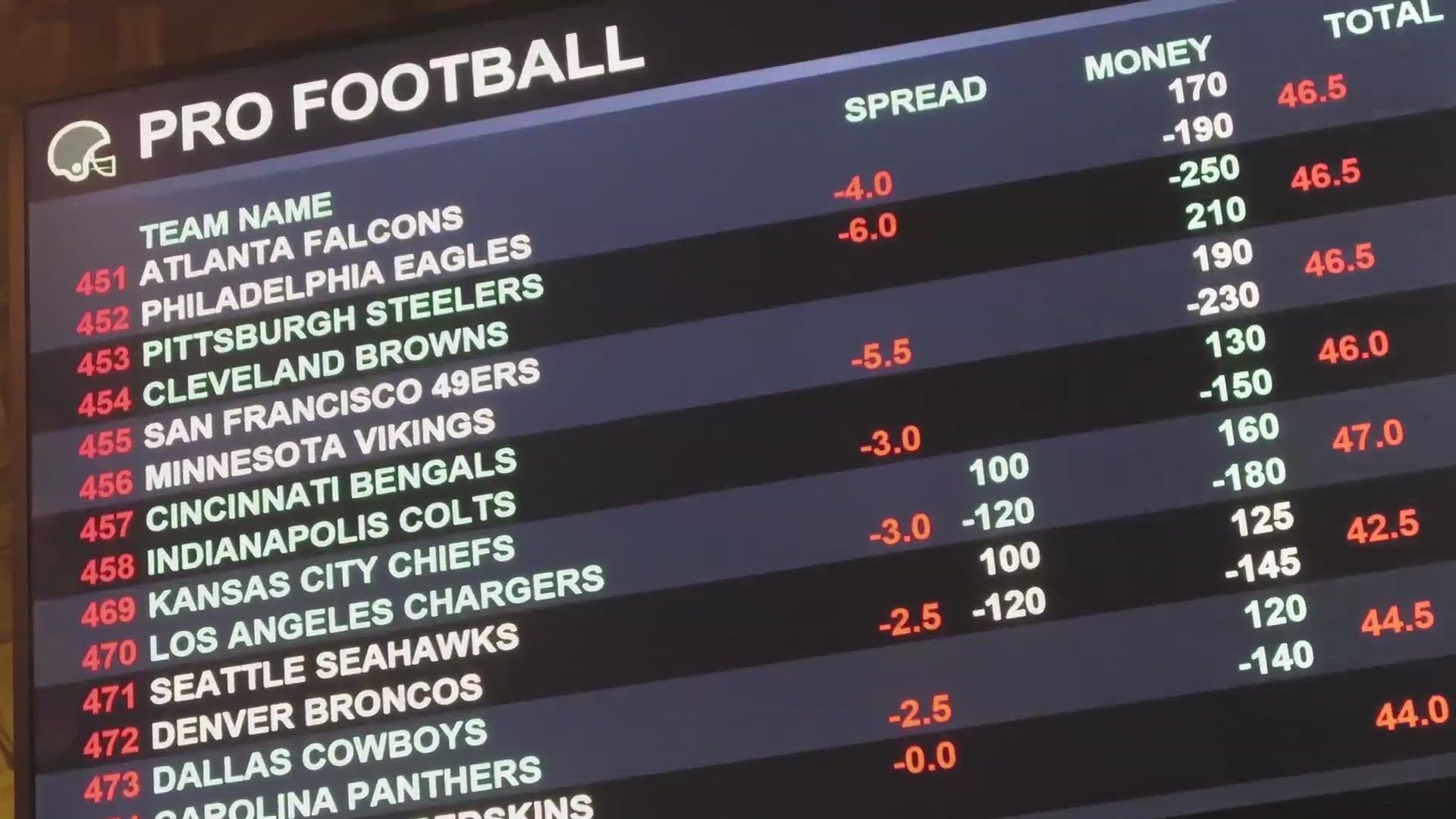 CLEVELAND — Each week this football season, WKYC's Nick Camino and Ben Axelrod are breaking down the week's action in both college football and the NFL from a gambling perspective in a the second season of a digital show called "Chalk Talk."

In episode 2 of season 2, Nick and Ben look back at last weekend's games and what they've learned in this unique football season. They also make their picks for the following games in Week 3 of the college football season:

As well as their picks for the following games in Week 2 of the 2020 NFL season: