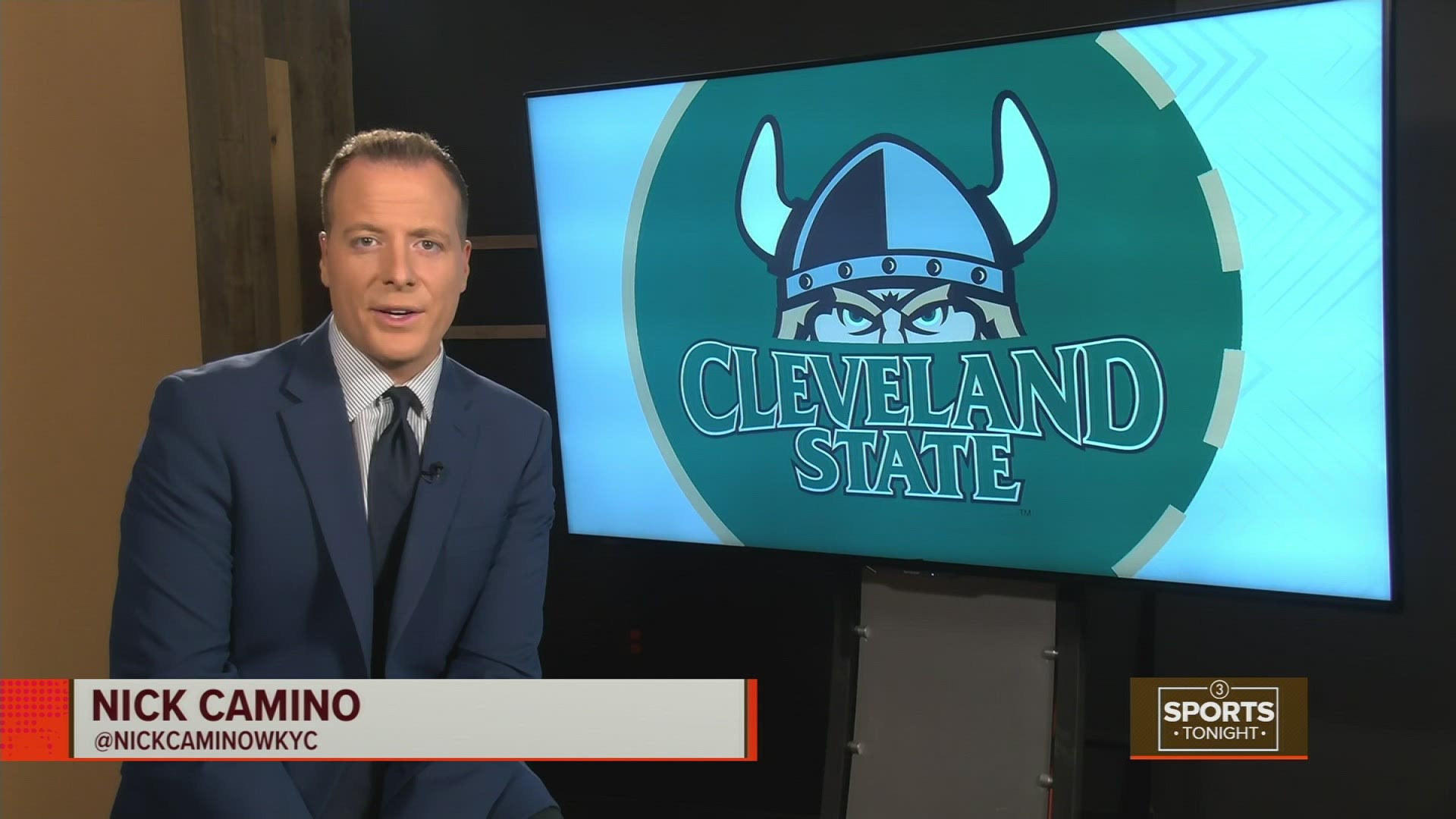 CLEVELAND — The Cleveland State men's and women's basketball teams are finally back on the court ahead of their season openers in December.

But while the Vikings are preparing for their Horizon opponents next month, they also find themselves battling an invisible opponent every day.

"We can't get beat by the virus," men's basketball coach Dennis Gates said.

These teams -- not unlike other college programs -- are taking a host of precautions to protect their players from COVID-19. Athletes undergo daily temperature checks and weekly COVID tests. They're encouraged to wear masks and asked to socially distance off the floor.

"For us, in terms of mitigating the risk, I think it starts with education. We have to continue to educate the young people and educate ourselves (about COVID-19)," he said.

It just so happens that one of Cleveland State's best educators is one of their own.

"I woke up to the worst aches and chills and feeling of something I've never felt before," Kielsmeier explained.

He was among the first wave of Americans to catch coronavirus.

"I was telling people, 'I don't want to die,'" Kielsmeier said. "This can affect anyone. I was a completely healthy 44 year old coaching in the big game and feeling great.

Kielsmeier spent a week at Cleveland Clinic's Hillcrest Hospital, battling the most serious condition of his life.

"Why was I fortunate enough to come out of the hospital and get the opportunity to still live?" he remembered asking himself.

Now, Kielsmeier's opportunity is two-pronged: getting the Vikings ready for a season of uncertainty while educating as many as he can about his experience with COVID-19.

"If we all would just listen to the things that people are asking us to do and just put aside our own wants and desires for a while, we would get through this thing a lot faster. And we'd come back to somewhat of a new norm which we're all desperate for," he said.

For all the things that aren't normal right now, there's still something familiar about being back in the gym.

"Just really, really appreciate what we got," Kielsmeier said. "Because it can turn so quickly."