On the 11th episode of WKYC's Chalk Talk, Nick Camino and Ben Axelrod discuss and make their picks for Week 12 of the college football season and Week 11 of the NFL. 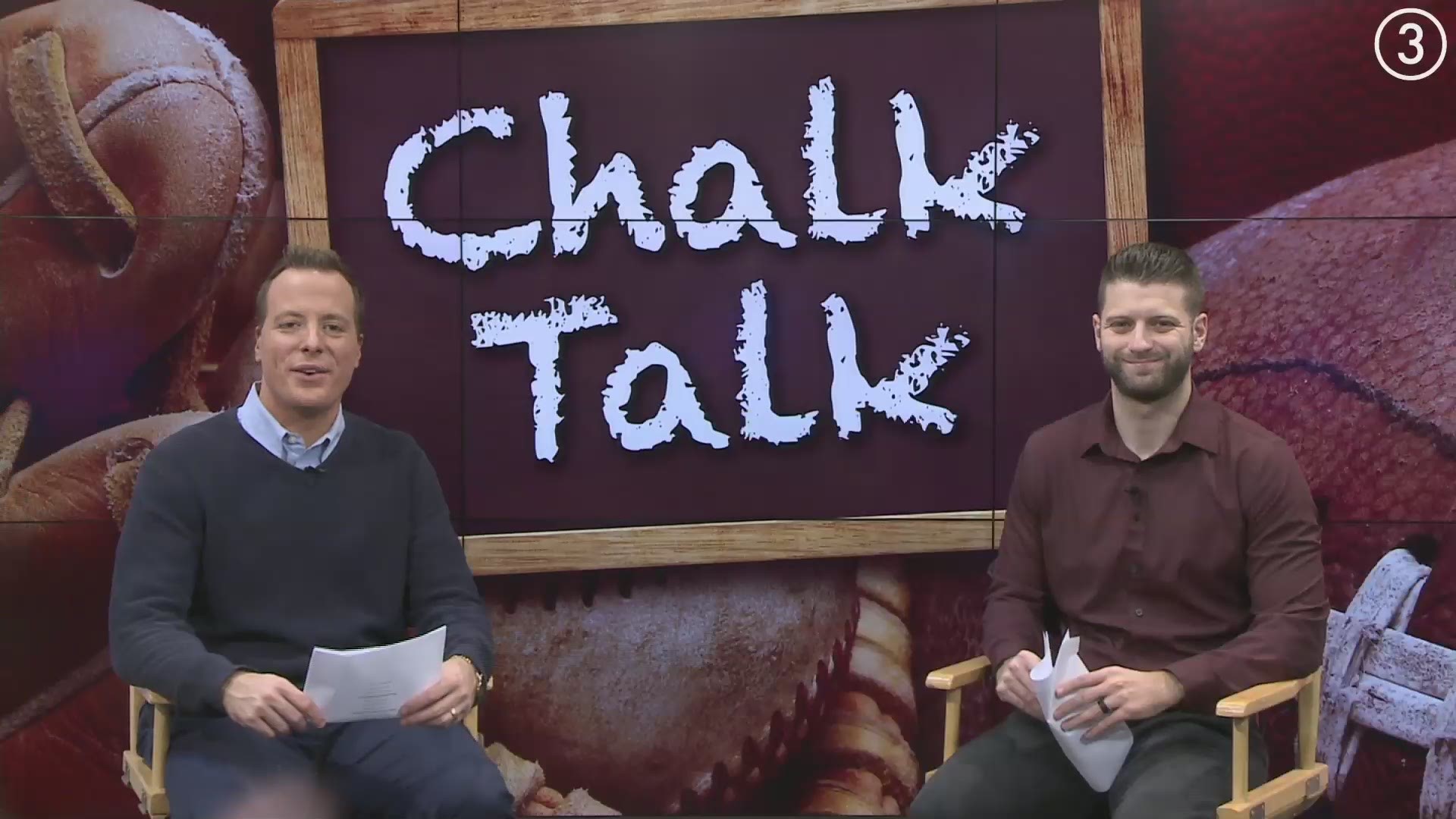 CLEVELAND — Each week this football season, WKYC's Nick Camino and Ben Axelrod are breaking down the week's action in both college football and the NFL from a gambling perspective in a new digital show called "Chalk Talk."

As well as their picks for the following Week 11 NFL games:

Credit: Bill Kostroun/AP
New York Jets quarterback Sam Darnold (14) throws a pass during the first half of the 2019 regular-season opener against the Buffalo Bills at MetLife Stadium in East Rutherford, New Jersey on Sunday, September 8, 2019.

Chalk Talk will be released online every Wednesday at 12 p.m. ET and can be found on WKYC.com, YouTube, iTunes, Google Play, Spotify, Stitcher and SoundCloud.

RELATED: Browns' use of Odell Beckham Jr. vs. Bills was a step in the right direction

RELATED: What's the Cleveland Browns' path to the 2019 NFL Playoffs?

RELATED: ‘This is what I love to do.’ Cleveland Browns RB Kareem Hunt happy to be back on football field