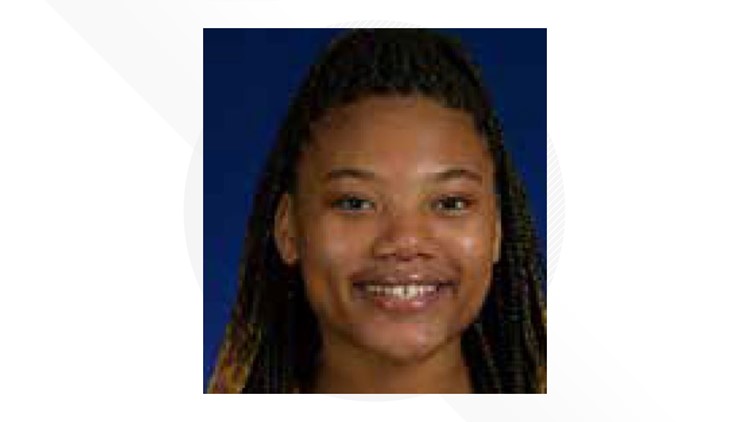 CLEVELAND – Former Gilmour Academy star basketball player Naz Hillmon is making quite the name for herself at the University of Michigan, and the Wolverines standout was recognized for her excellence both on the court and in the classroom.

Hillmon was honored with the Female Collegiate Athlete of the Year Award at the 20th Greater Cleveland Sports Awards ceremony at the Cleveland Renaissance Hotel in Downtown Cleveland Wednesday night.

The award is given annually “to one collegiate female athlete/team that has most distinguished herself/itself through athletic excellence during the past year or athletic season and is in good academic standing.”

During her freshman year at the University of Michigan, Hillmon played in all 34 games in a reserve role, averaging team-leading 13.1 points and 7.0 rebounds per game while knocking down her shots at a 62.8 percent clip.

Hillmon is off to a strong start to her sophomore season, averaging 15.9 points while totaling 155 rebounds, 41 assists and four blocked shots. Hillmon is connecting on 55.7 percent of her shots from the field and 65.9 percent of her free-throw attempts.

Hillmon is carrying on the family legacy on the court, as her mother, Nasheema, starred at Vanderbilt University, and later, played for the Nashville Noise of the American Basketball League (ABL).