The Ohio State football team opened its 2021 season with a 45-31 victory vs. Minnesota on Thursday. 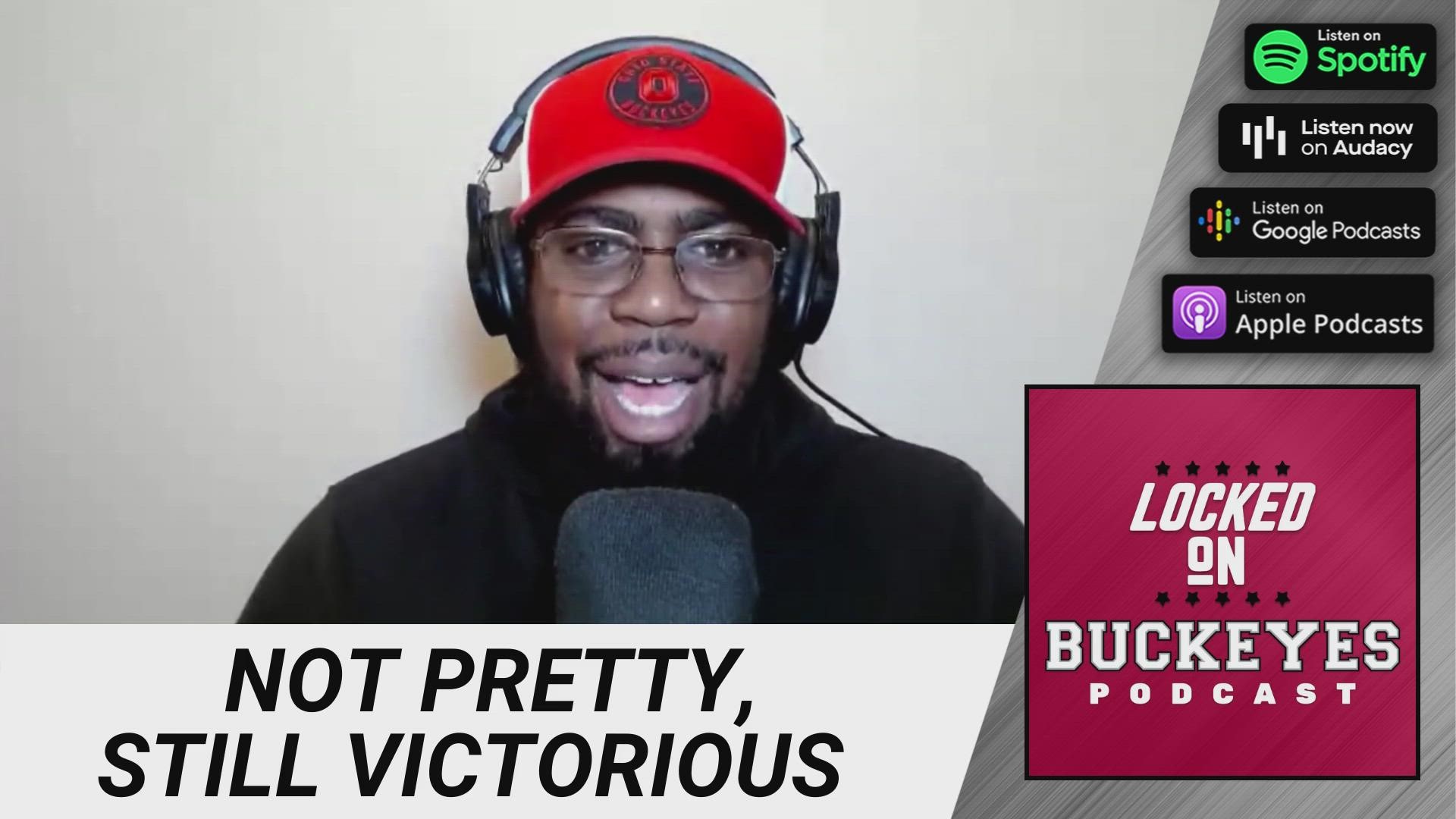 MINNEAPOLIS — Editor's note: Locked On Buckeyes' Jay Stephens provides his instant reaction to Ohio State's victory vs. Minnesota in the video player above.

The fourth-ranked Ohio State football team opened its 2021 season with a 45-31 victory over Minnesota on Thursday.

What follows are three observations from the Buckeyes' season-opening win:

First things first. If there were any Ohio State fans who thought transitioning from Justin Fields at quarterback would be a seamless process, those beliefs likely dissipated by the time the Buckeyes entered the locker room for halftime.

After C.J. Stroud completed just six of his 14 pass attempts for 53 yards and one interception, Ohio State entered halftime trailing the Golden Gophers 14-10. The redshirt freshman, however, bounced back in a big way in the second half, completing five of eight pass attempts for a whopping 236 yards and four touchdowns.

It truly was a tale of two halves for Stroud, who has been tasked with filling Fields sizable shoes. And while he may not have looked like a two-time Big Ten Offensive Player of the Year just yet, the former 4-star prospect showed enough promise in the second half to invite optimism heading into next week's highly anticipated matchup vs. Oregon.

The good news for Ohio State fans? Even if Stroud isn't the second coming of Fields, the Buckeyes' roster possesses enough offensive talent that OSU should still be considered the heavy favorite in the Big Ten and a likely contender for the College Football Playoff.

At wide receiver, Ohio State touts a pair of 2022 first-round prospects in Chris Olave and Garrett Wilson, who combined to catch nine passes for 197 yards and three touchdowns on Thursday. The Buckeyes roster also includes three other five-star prospects at the position in Jaxon Smith-Njigba, Julian Fleming and Emeka Egbuka, as well as a proven commodity at tight end in Jeremy Ruckert.

On the ground, Ohio State showcased a three-player attack with Miyan Williams leading the way with 125 yards and one touchdown on nine carries, Master Teague III rushing for 29 yards on six carries and five-star freshman TreVeyon Henderson turning a screen pass into a 70-yard touchdown. If Stroud can just play within himself, the talent around could take him far -- as Thursday night's second half showed.

Of concern for Ohio State fans remains the Buckeyes' defense, which surrendered 408 yards and 31 points to the Golden Gophers. As had been the case at times last season, Ohio State struggled to tackle efficiently, as evidenced by Minnesota's 203 rushing yards on the night.

While the Buckeyes' offense could carry them throughout the regular season, their defense is going to need to carry its weight if OSU is going to be a legitimate national title contender. On the bright side, the Buckeyes' defense did force two fumbles, one of which defensive tackle Haskell Garrett returned for a touchdown.