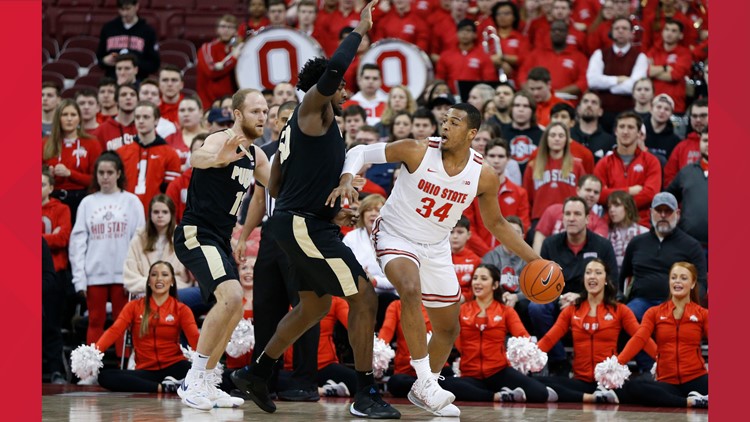 COLUMBUS, Ohio — The Ohio State Buckeyes kept their NCAA hopes alive, topping Purdue 68-52 for their fifth win in the past six games and pulling to .500 in the Big Ten for the first time since December.

All eight Buckeyes to play hit the scoreboard, led by Kyle Young with 16 and Kaleb Wesson with 13 and a season-high four steals. Luther Muhammad scored 11.

Evan Boudreaux contributed 17 for the Boilermakers, while Jahaad Proctor added 15. OSU held Purdue to just 35.2% from the field and only 20% from three-point range.

"Our defense was as good and as sound as we have played all year," head coach Chris Holtmann said, via the Associated Press. "Our defensive consistency was good. Purdue puts their players in great position to make it difficult to guard. We had stretches in first half where we both missed shots and turned it over on their pressure, which they are good at. Some of that was on us; some of that was a credit to them."

Ohio State (17-8, 7-7) never trailed in the contest, and will face fellow tournament-hopeful Iowa Thursday night on the road.