If Ohio State parts ways with Urban Meyer, many believe former Oklahoma coach and Youngstown native Bob Stoops would be a top candidate to become the head coach of the Buckeyes. 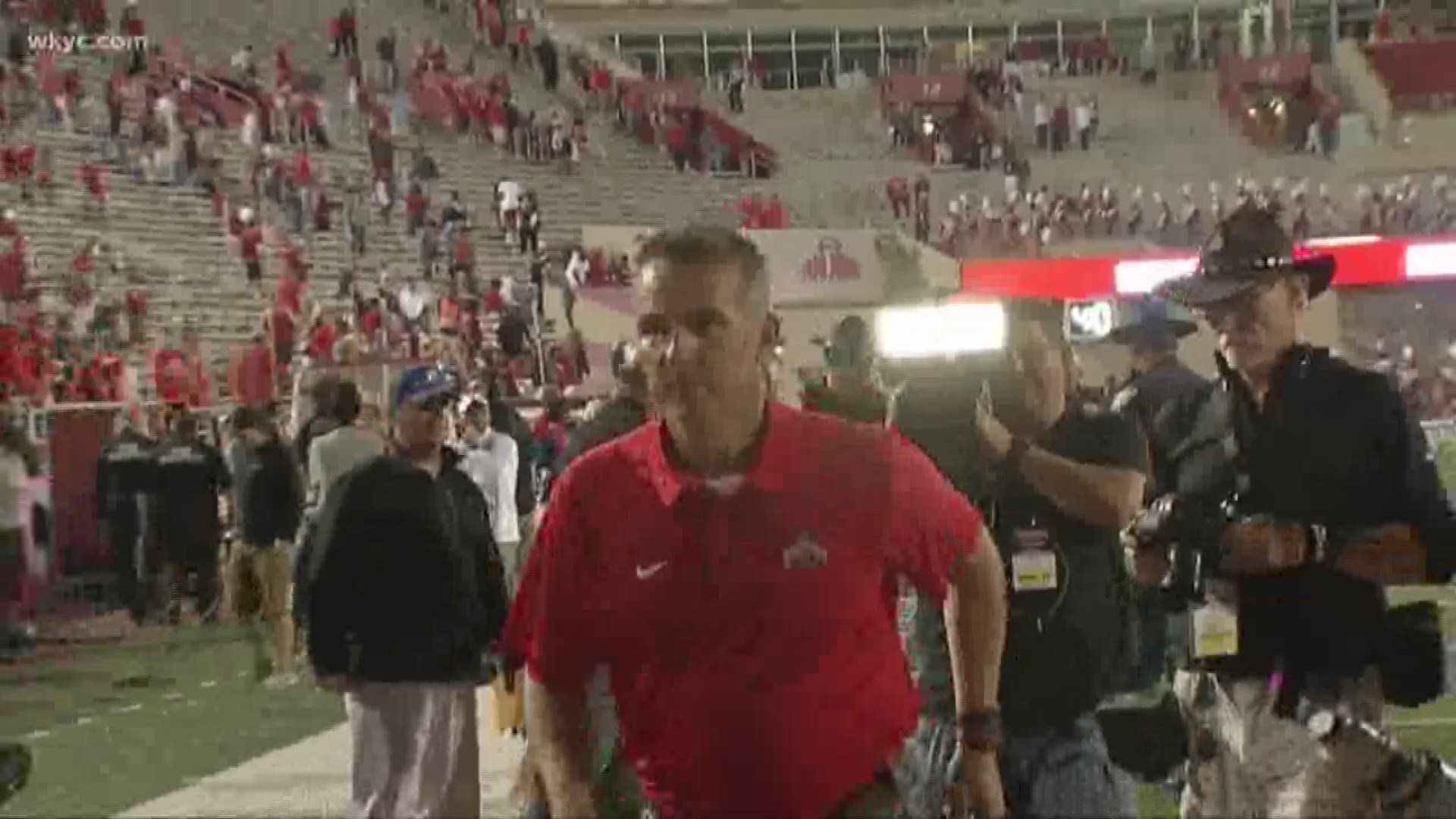 Unlike most of college football’s bluebloods, Ohio State has managed for the last half-century to avoid the peaks and valleys that have shaped the history of Alabama, Texas, Southern Cal and the rest. Any downward trend for the Buckeyes has been relatively short-lived, as their last three coaches – Urban Meyer, Jim Tressel and John Cooper – were all able to transition out of potential turbulence and quickly get Ohio State back into the top 10.

The Buckeyes’ steadiness as a powerhouse could be tested again soon if the school chooses to part ways with Meyer, who was placed on administrative leave Wednesday as questions arose over how much he knew about domestic abuse allegations made by the wife of his former receivers coach Zach Smith over a period of several years.

Though the circumstances are entirely different and the outcome still uncertain, the current drama echoes the sudden collapse of Tressel’s tenure amidst an NCAA scandal in May of 2011. As the Buckeyes played that season under interim coach Luke Fickell, the only story line that mattered was Ohio State’s six-month courtship of Meyer, who was sitting out the season to hit the reset button on his health and career after “retiring” from Florida.

Likewise, should history repeat itself with the Buckeyes playing in 2018 under interim coach Ryan Day, all eyes in the coaching industry will be on another retired national championship coach with ties to the state of Ohio: Bob Stoops.

Among several college athletics insiders, who spoke to USA TODAY Sports on the condition of anonymity because of the sensitive nature of the situation, the consensus Thursday in analyzing a potential Ohio State coaching search was that Stoops would be in a class by himself as a candidate for the job with a fairly clear drop-off to the next tier of options.

What’s less certain is whether the 57-year old Stoops, who somewhat surprisingly walked away from Oklahoma last summer, has any desire to coach again. Those who know Stoops best tend to believe he’s done, but he’s careful not to close the door.

“Sometimes you get in life something you don’t like … you have to do something different,” he told USA TODAY Sports in December. “But I don’t see that happening with me.”

If Stoops had any inclination at all to come back, Ohio State could have more allure than any other job given his family’s roots in Youngstown, where his father was a high school coach, and the potential to win big right away given the strong construction of the roster for the foreseeable future.

Of course, there could be more factors in play than just whether Stoops wants to coach again, including whether athletics director Gene Smith gets caught up in the controversy. Smith, who has been at Ohio State since 2005, is highly respected across college athletics and would have a much better chance of landing someone such as Stoops or another big name due to his gravitas and understanding what it takes to win at a championship level.

But if Meyer doesn’t survive, this would be the second major scandal under his watch that would take down a national championship winning coach. In that event, Smith’s job could very well be jeopardy, at which point a coaching search could take on an entirely different tenor.

Though Texas coach Tom Herman’s name would be widely associated with an opening at Ohio State, there’s skepticism across the industry that he’d be a real candidate for a variety of reasons including timing, having just entered his second year at Texas.

Other notable names such as Washington’s Chris Petersen, Stanford’s David Shaw and TCU’s Gary Patterson come up in every high-profile coaching search, but they have remained unmovable to this point.

The good news for Ohio State is that its competition on the marketplace projects to be light if it had to do a search. With a mass of high-profile programs turning over recently, the only other elite-level jobs that would even have the potential to open this year are USC and LSU barring a scandal, surprise retirement or someone jumping to the NFL.

But the flip side of that is the pool of younger coaches who are established enough for a job like Ohio State and moveable from their current situations is relatively small. Virginia Tech’s Justin Fuente would have the temperament and coaching chops to thrive in the Big Ten and South Carolina’s Will Muschamp could put himself back on the map for a blueblood job if the Gamecocks have the kind of season they expect. Baylor’s Matt Rhule and Minnesota’s P.J. Fleck showed big-time potential in turning around Group of Five schools but haven’t had time to show they can do it yet in the Power Five.

Among that tier, the name that makes the most sense is Iowa State’s Matt Campbell, the 38-year old from Massillon, Ohio, who played at the storied Division III powerhouse Mount Union and emerged as a hot coaching prospect by going 35-15 at Toledo. Leading Iowa State to 8-5 last year, including a victory over Oklahoma, was a coaching achievement that would certainly put him on Ohio State’s radar.

The other X-factor would be how Day performs as the interim coach. The 39-year old offensive whiz from the Chip Kelly tree has a low profile nationally but a good reputation within the industry. Frankly, not knowing much about him may be to Ohio State’s benefit in the near term. If he took over a uniquely chaotic situation and made the College Football Playoff anyway, it would certainly say a lot about his future as a head coach whether in Columbus or elsewhere.

When it comes to Urban Meyer's time at Ohio State, the writing is on the wall