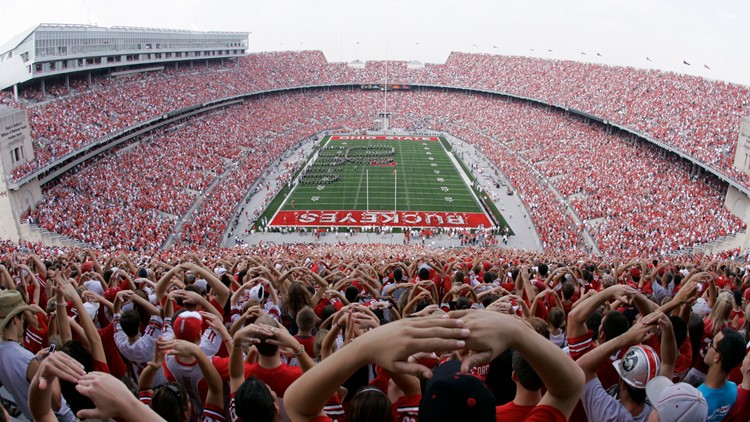 COLUMBUS, Ohio — A man faces a federal indictment after being accused of threatening to “shoot up” The Ohio State University in 2018.

According to the indictment, Daniel Rippy sent a threat electronically to the university that read, "Your school is going to get shot the f*** up and I’m seriously going to hurt the students and all the players from the football team."

The alleged threat was made on Nov. 24, 2018 during the Ohio State-Michigan game at Ohio Stadium.

According to the indictment, Rippy made the threat from California. He faces one federal charge of threat in interstate communication.

The Mercury News reports that Rippy was arrested Sunday, Dec. 29 in Livermore, California and is being extradited to Ohio.