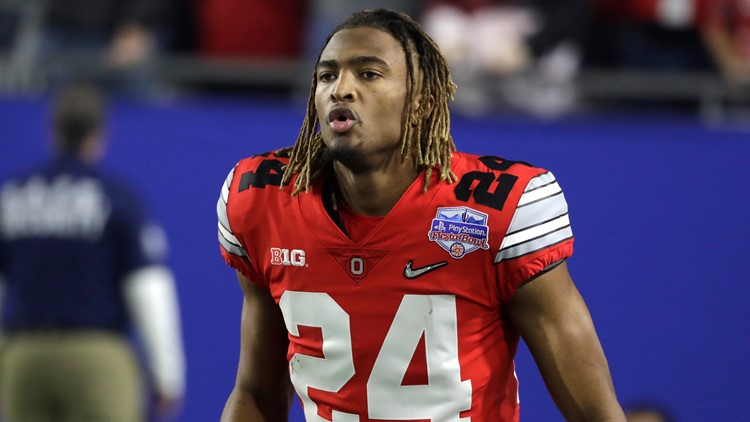 COLUMBUS, Ohio — Following a fantastic season that came to a bitter end in the College Football Playoff, the Ohio State Buckeyes will have to replace some key players on both sides of the ball. However, one key player announced Saturday he isn't going anywhere anytime soon.

Cornerback Shaun Wade says he will return to OSU for his redshirt junior season in 2020 rather than enter the NFL Draft. The decision came as a surprise to many (Wade is rated as a potential first-round pick), but the 21-year-old said he still wants to compete for a national championship and prove his worth to potential scouts.

A native of Jacksonville, Florida, Wade made 25 tackles and recorded one interception in 2019 on his way to third-team All-Big Ten honors. He helped the Buckeyes earn their third straight Big Ten title and just their fourth unbeaten regular season since 1979, good enough for a spot in the College Football Playoff.

Unfortunately, it was in the Fiesta Bowl semifinal game against Clemson that Wade earned unwanted national recognition. He was controversially called for targeting following a hit on Tigers quarterback Trevor Lawrence and ejected from the game, and the OSU defense subsequently blew a 16-0 lead in an eventual 29-23 loss.

Regardless of who is coming or going from the program, Ohio State is expected to be a national title contender every year, and Wade's return will definitely aid that goal next season. This is especially true with the amount of attrition the defensive backfield will take, as remaining starters Damon Arnette and Jordan Fuller are set to graduate while Jeff Okudah will turn pro a year early.

The Buckeyes will open the 2020 season on Sept. 5 in Columbus against Bowling Green.