As players anxiously await the conference's decision, they wanted to make their voices heard to 3News 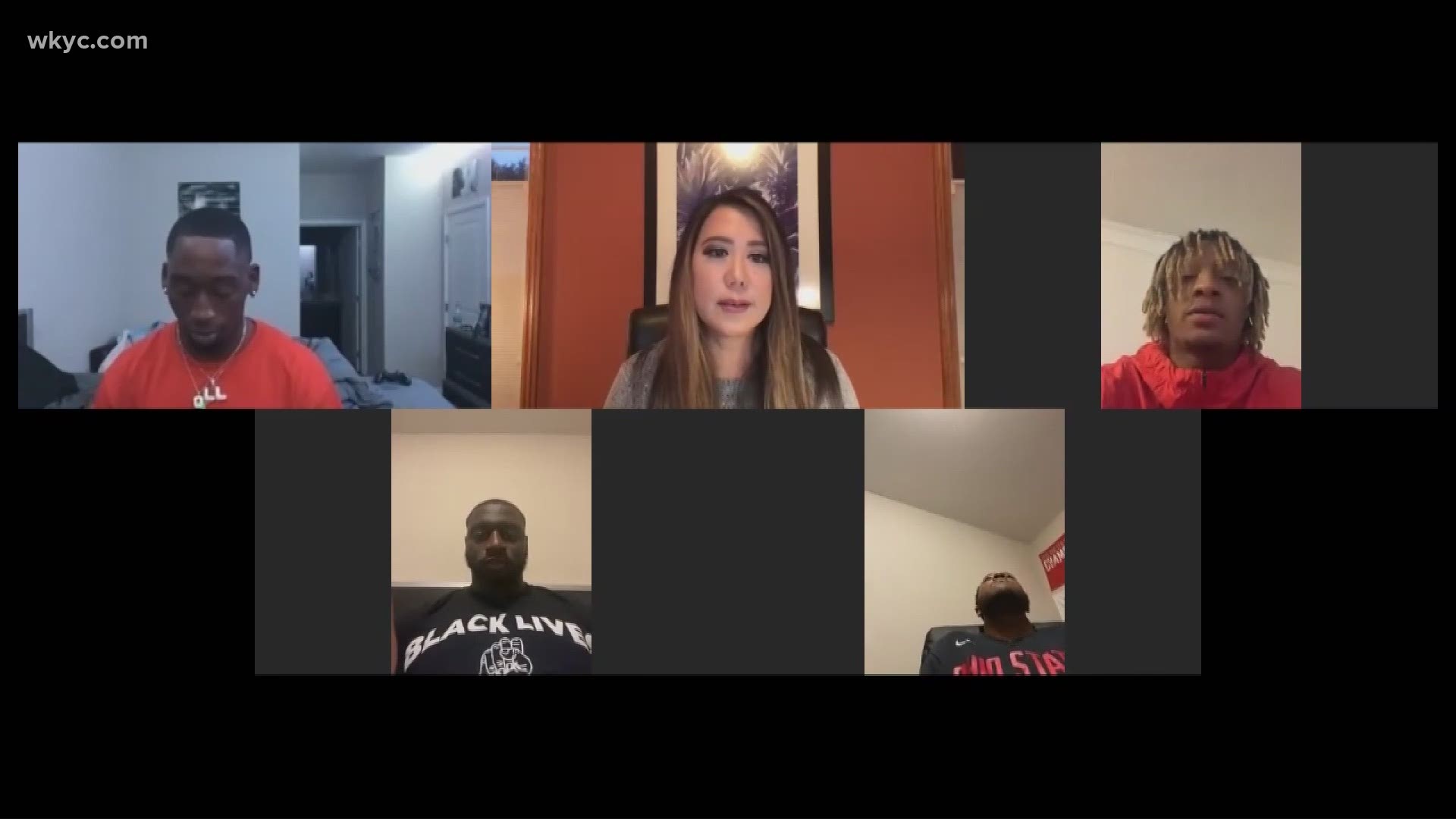 CLEVELAND — Ohio State University football players, their parents, and fans are taking their call to the next level: Let there be football this fall. From rallies outside the Horseshoe, to an online petition created by Buckeyes quarterback Justin Fields, which has gathered more than 300,000 signatures, the voices pushing for Big Ten fall football are getting louder.

"We're lifting, we're practicing and all, and we're not getting to play. And that's the most frustrating thing," said OSU safety Marcus Hooker.

3News spoke with Hooker and 3 of his teammates via Zoom. All expressed their trust in the OSU medical staff and the university's Covid-19 safety protocols, and argue that the team's bubble has worked, with none of the players testing positive for coronavirus thus far.

"Let us play, simple. Let us play," said cornerback Darryl Sinclair. The OSU senior from Solon High School said that he's more worried about the impact on his team, rather than potentially missing action during his final year in college.

"We're all adults," added OSU cornerback Lloyd McFarquhar, a graduate from Brush High School. "I'm able to go outside and make life-changing decisions on my own because mainly I'm an adult. If anyone wants to opt-out, they can opt-out, but let us have the chance to play," he said.

The Big Ten's presidents and chancellors met again on Sunday to deliberate whether to bring back fall sports, including football, as early as October 17th. The pressure is mounting, with college football already in full swing in other conferences. Millions of dollars are at stake, prompting Ohio Attorney General Dave Yost to suggest that OSU sue the Big Ten for tens of millions of dollars for "breach of contract."

"I think maybe we can pull the reins back, maybe if we get into this situation and they deem it's not safe," said OSU running back Xavier Johnson. "Just let us play."

The Big Ten's earlier decision to postpone the season for coronavirus concerns was devastating to Mentor High graduate and OSU defensive end Noah Potter, according to his father.

"So devastated that he didn't want to talk about it," said Tim Potter, who is the senior pastor at Grace Church in Mentor. He said his faith tells him that there is a greater lesson for the players off the field.

"Find a way to find joy in the midst of the trial and difficulty. That's what our faith teaches us," he said.