Following a 499-yard, 5-touchdown performance in the Big Ten Championship Game, Ohio State quarterback Dwayne Haskins has been named a finalist for the 2018 Heisman Trophy. 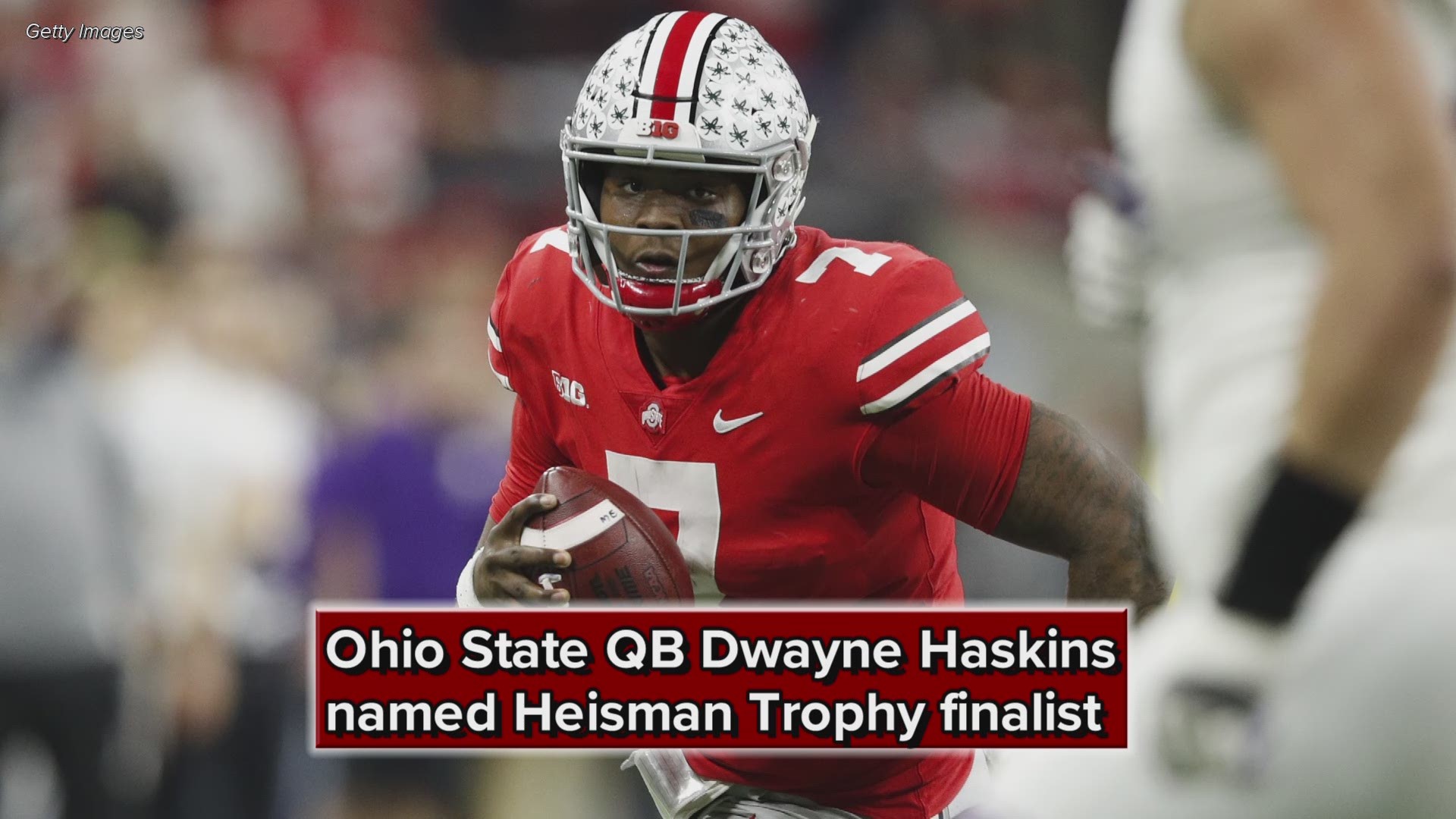 Thanks to a historic season in which he set multiple Big Ten records, Dwayne Haskins has already earned plenty of hardware.

But on Saturday, the Ohio State quarterback could add the most coveted individual award in all of sports to his expanding trophy case.

On Monday, Haskins was announced as one of three finalists for the 2018 Heisman Trophy. The Buckeyes' sophomore signal-caller will join Alabama quarterback Tua Tagovailoa and Oklahoma quarterback Kyler Murray in New York City on Saturday, when the winner of the award will be announced.

Haskins marks Ohio State's first Heisman Trophy finalist since Troy Smith won the award in 2006. Last season, current Cleveland Browns quarterback Baker Mayfield won the trophy, which is presented annually to the most outstanding player in all of college football.

While Haskins was considered a fringe Heisman Trophy contender for the majority of the 2018 season, he solidified his finalist status by throwing for 499 yards and 5 touchdowns in Ohio State's 45-24 victory over Northwestern in the Big Ten Championship Game. A week prior, the Maryland native threw for 396 yards and 6 scores in the Buckeyes' win over rival Michigan, which entered the contest laying claim to the nation's top defense.

On the year, Haskins threw for 4,580 yards and 47 touchdowns -- both of which surpassed Drew Brees for single-season Big Ten records. In addition to earning first-team all-conference honors, Haskins was named the Big Ten Offensive Player of the Year and Quarterback of the Year, as well as the recipient of the Chicago Tribune's Silver Football, which is presented annually to the league's top player.

And while Murray was most recently favored to win the Heisman, there's still room in Haskins' hardware collection for one more trophy.