Meyer was put on paid administrative leave on Wednesday following a report that his wife Shelley knew about 2015 abuse allegations against former assistant Zach Smith made by his then-wife Courtney. 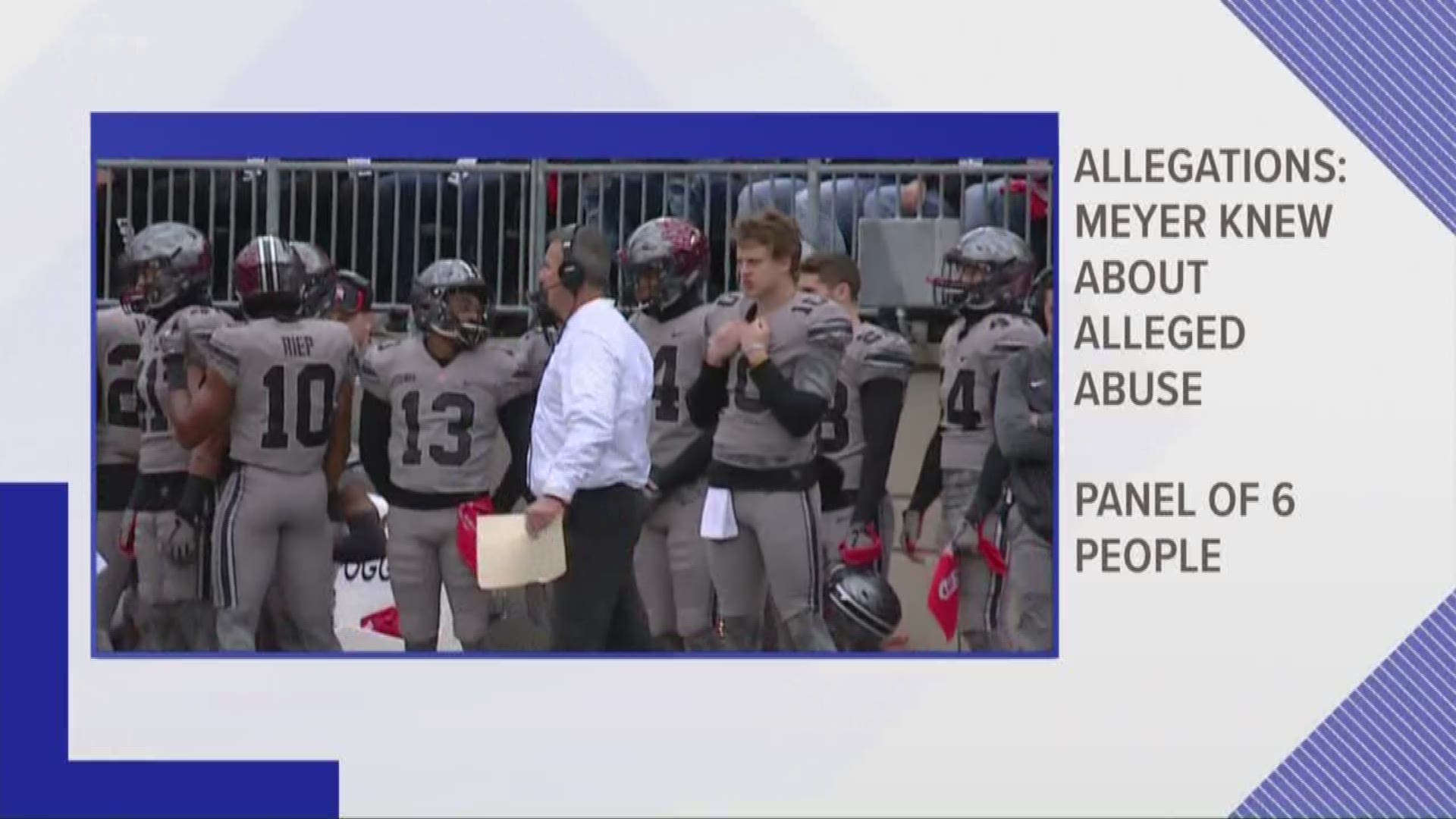 The Ohio State University has announced the formation of a 'special, independent working group' to assist the board of trustees in the investigation of football coach Urban Meyer and what he may have known about allegations of domestic violence committed by a former assistant coach.

In a statement issued on Thursday evening, the university states that the working group will "direct the work of the investigative team and be available to provide consultation and advice and assist with communication to the full board on the matter."

Meyer was put on paid administrative leave on Wednesday following a report that his wife Shelley knew about 2015 abuse allegations against former assistant Zach Smith made by his then-wife Courtney.

Last week at Big 10 Media Day, Meyer told reporters he didn't know about the 2015 allegations until just before Smith was fired last month. The university is trying to determine what Meyer knew and when he knew it, and if he failed to report the allegations against Smith to officials.

A contract extension Meyer signed in April contained new provisions that could give the university the ability to fire him for cause, depending on the outcome of its investigation.

When it comes to Urban Meyer's time at Ohio State, the writing is on the wall

Title IX and how it affects college athletics and coaches

USA TODAY and The Associated Press contributed to this story