Get a front row seat to TBDBITL and experience the honor of dotting the "i" during "Script Ohio!" 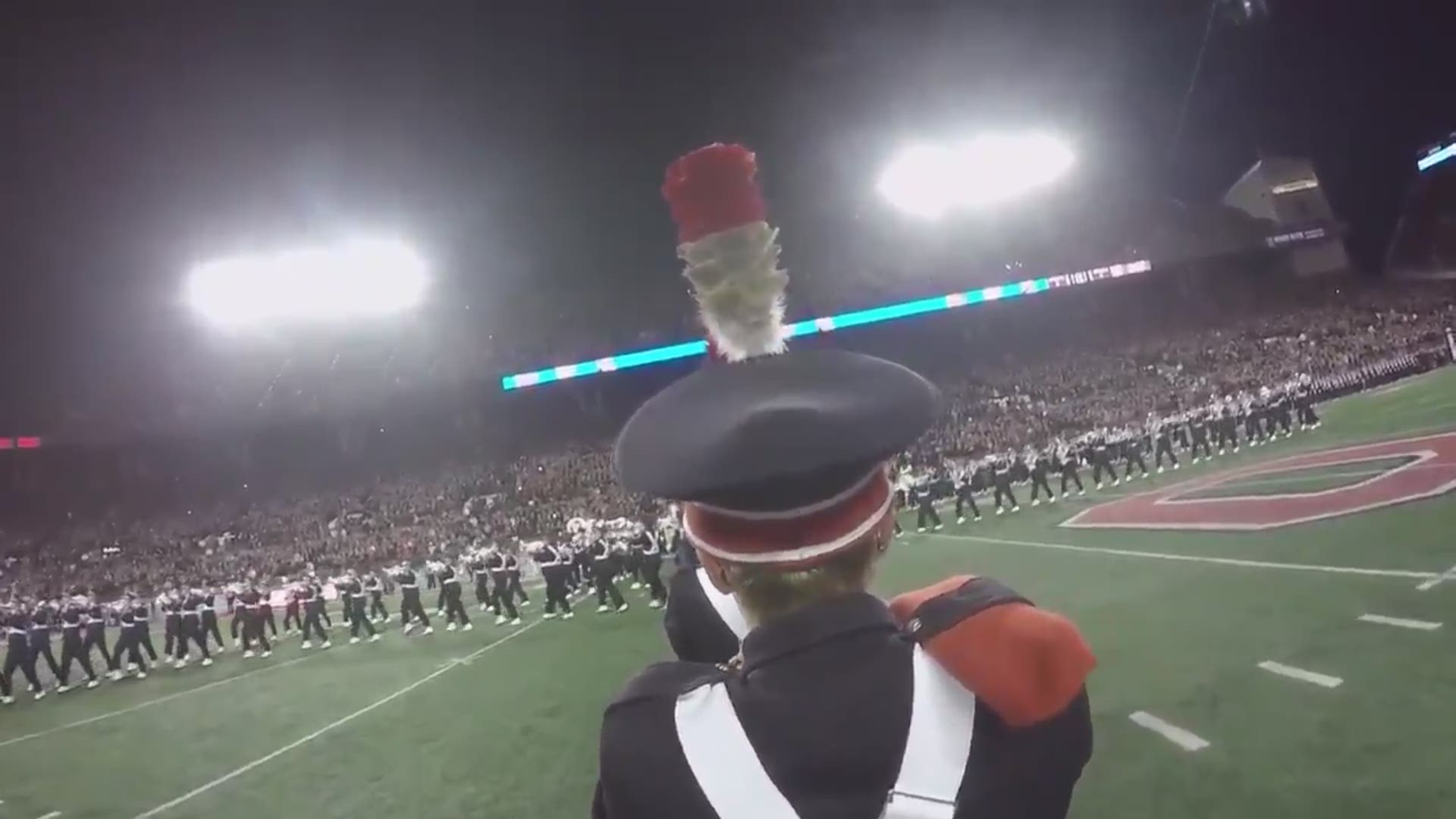 COLUMBUS, Ohio — Ever wonder what it's like to have the esteemed honor of dotting the "i" for The Best Damn Band In The Land?

The Ohio State University Marching Band shared a point-of-view video on Facebook of Adam Brott, who wore a camera so fans could have a front row seat to see what it's like to be in the band and to dot the "i" during "Script Ohio."

WBNS says this has been a staple of the marching band since 1936.

Usually the band chooses a fourth or fifth-year sousaphone player to dot the "i" but OSU has had non-band members preform the honor in special occasions.

Notable non-members of the band who have dotted the "i" are Bob Hope, Woody Hayes and Jack Nicklaus.