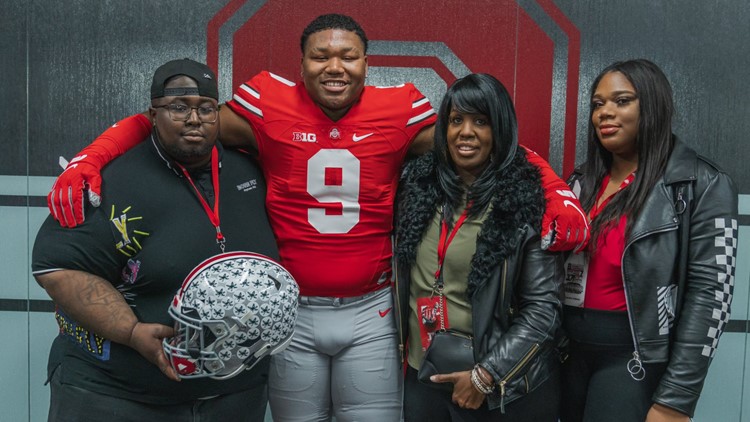 However, when that college just happens to be the best and most popular program in the state, we'd be lying if we didn't admit it makes us smile just a little bit more.

Streetsboro defensive tackle Mike Hall has committed to play football at Ohio State. The high school junior made the announcement last Saturday on his Twitter account, adding his recruitment "is 100% closed!" He also had offers from (among others) Florida State, Michigan State, and Penn State.

A perennial four-star prospect, Hall is rated by 247sports as the 19th-best DT in the country and the ninth-best overall player in Ohio for the class of 2021. The 6-foot-3, 290-pound prospect finished this past season with 72 tackles (17 for a loss) and five sacks while leading the Rockets to an 11-1 record and their first-ever playoff win.

Along with Revere offensive tackle Ben Christman and Massillon Washington receiver Jayden Ballard, Hall is the third Northeast Ohio high schooler from the class of 2021 to commit to the Buckeyes. Solon defensive end Najee Story is also a target, but to date Hall is the only DT who will be coming to Columbus.