Ohio State announced on Wednesday that head coach Urban Meyer and athletic director Gene Smith will both face suspensions through the first three weeks of the 2018 season. 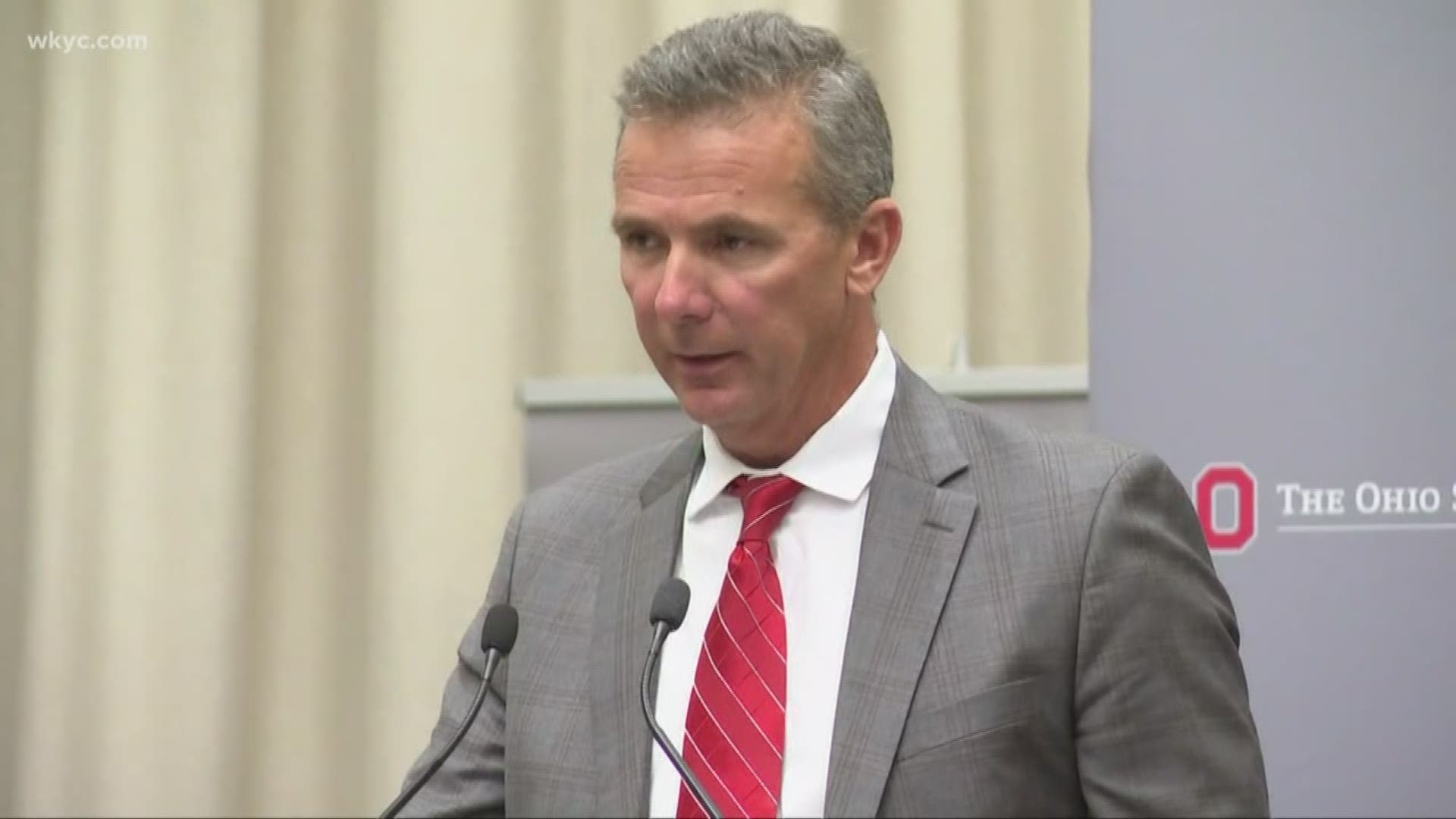 COLUMBUS, Ohio – Urban Meyer will return as the head coach of the Ohio State football team on Sept. 2, but will face a 3-game suspension to start the 2018 season, school president Michael V. Drake announced on Wednesday.

Drake’s announcement came following a near 12-hour meeting to discuss the findings of the two-week investigation into how Meyer and the school handled accusations of domestic violence made against a former assistant coach.

In addition to his suspension, which will cause him to miss the Buckeyes’ matchups against Oregon State, Rutgers and TCU.

Additionally, Ohio State athletic director Gene Smith has been suspended without pay from Aug. 31 through Sept. 16.

WATCH | Ohio State announces the suspensions of Urban Meyer and Gene Smith at a press conference on Wednesday night in Columbus. 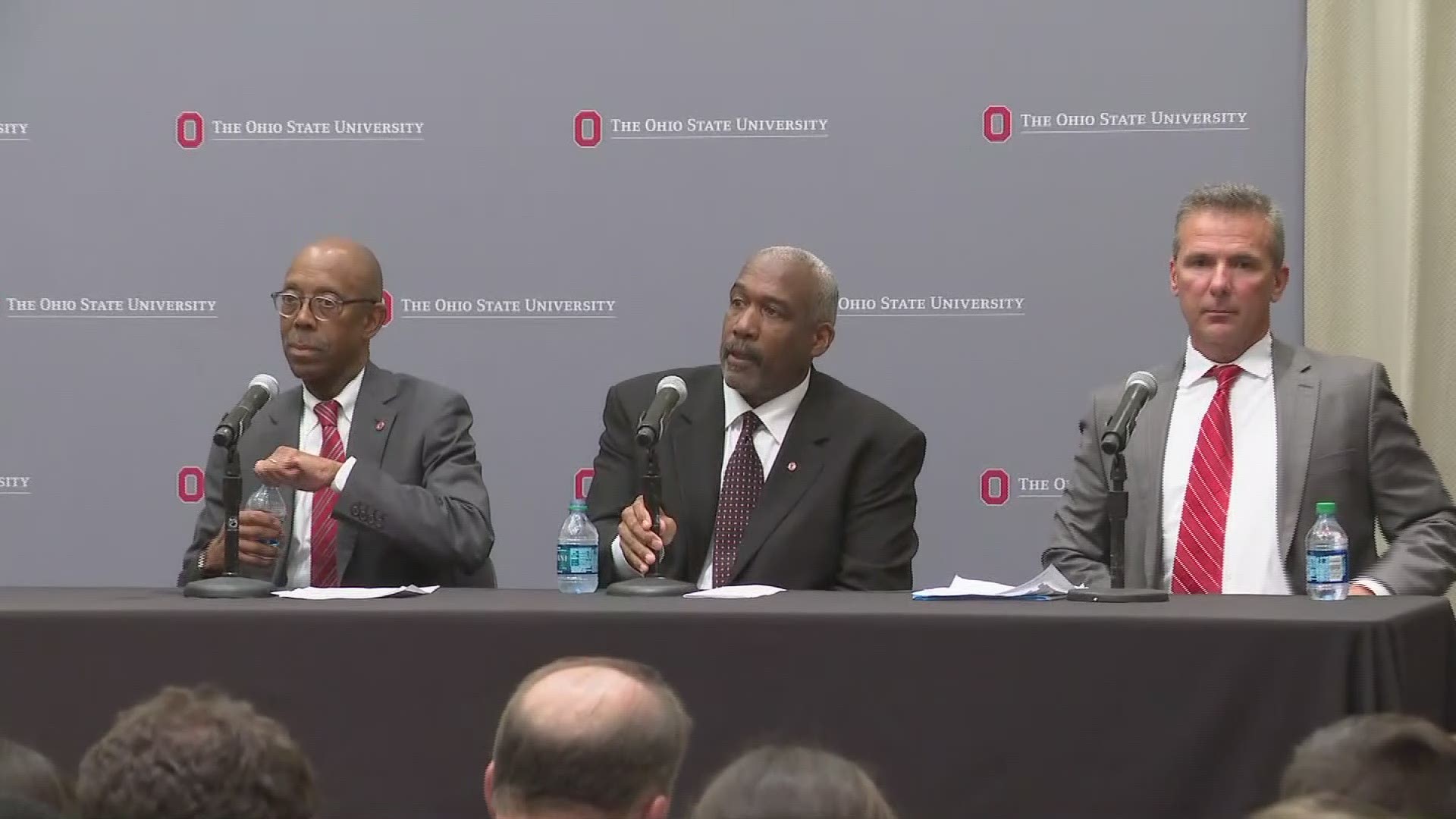 The announcement of Meyer’s punishment seemingly brings a conclusion to what has been nearly a month’s worth of uncertainty in Columbus as the 2018 season approaches.

On July 23, Ohio State fired wide receivers coach Zach Smith after multiple accusations of domestic violence made by his wife were made public.

Asked at Big Ten media days about a 2015 incident between Smith and his ex-wife, Meyer denied having any knowledge of Courtney' Smith's allegations.

One week later, college football reporter Brett McMurphy revealed text messages between Courtney and Meyer's wife, Shelley, as well as the wife of another OSU staffer that seemed to indicate the Buckeyes head coach was in fact aware of the allegations. That same night, Ohio State announced Meyer had been placed on paid administrative leave as it launched its investigation into his handling of the incident.

On Aug. 3, Meyer released a statement via Twitter in which he admitted he had been aware of the allegations and followed the proper protocols.

The findings of Ohio State’s independent investigation – which was led by former Chair of the U.S. Securities and Exchange Commission Mary Jo White – evidently agreed, although while Meyer may have followed the letter of his contract, it remains questionable whether he should have done more. Although the investigation’s findings were initially delivered verbally to Ohio State’s Board of Trustees, a full written report is expected to be made public soon.