Day, 39, was hired by Ohio State last season after two years as a quarterbacks coach in the NFL. 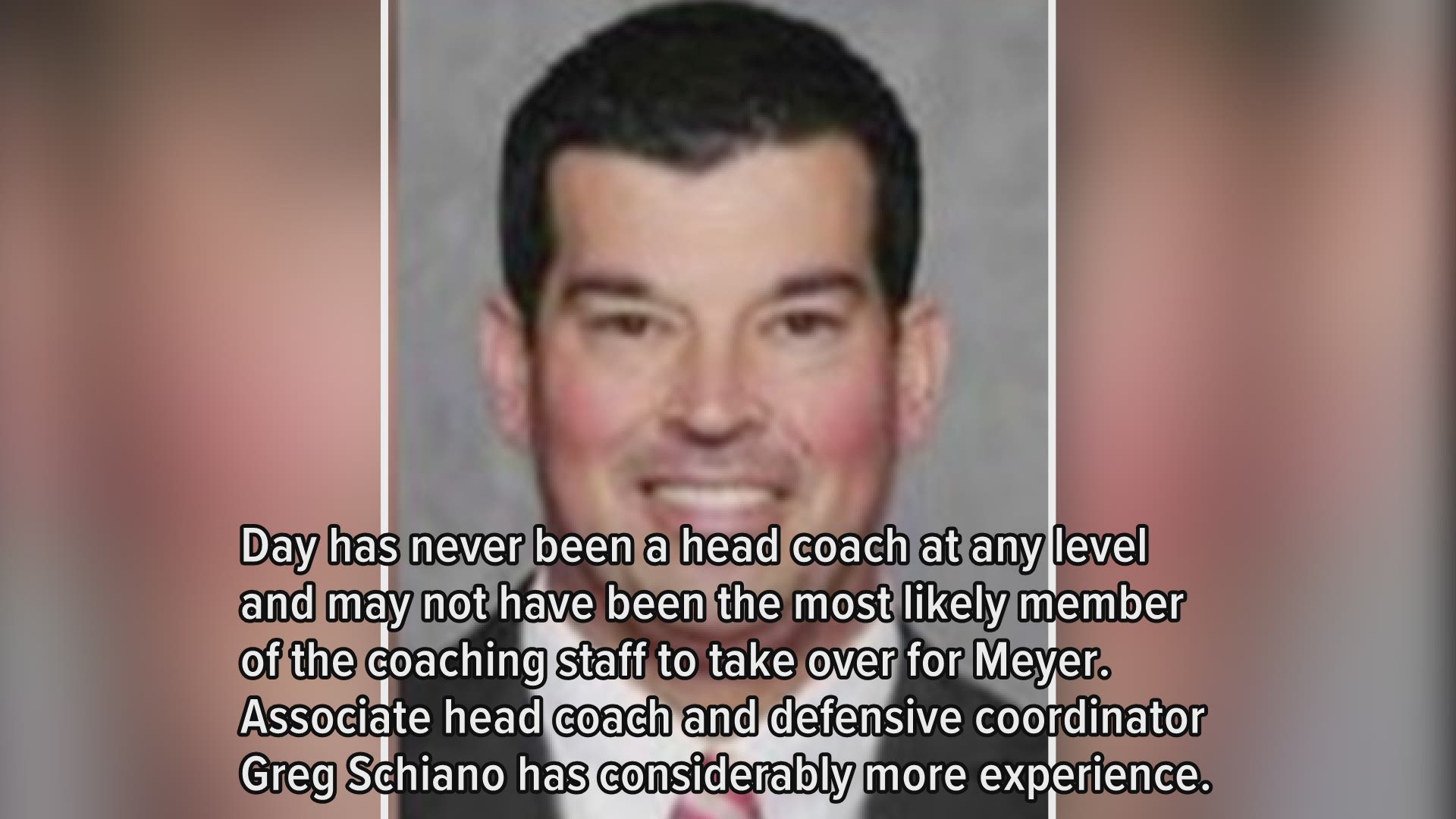 Day, 39, was hired by Ohio State last season after two years as a quarterbacks coach in the NFL — following his mentor Chip Kelly from Philadelphia (2015) to San Francisco (2016).

His ties to Meyer go back to 2005, when he was a graduate assistant at the University of Florida.

Before beginning his coaching career, the Manchester, N.H., native played quarterback for the University of New Hampshire from 1998 to 2001.

Day was named the interim head coach when Meyer was suspended for three games to begin the season.

Besides those three games, Day has never been a head coach at any level. Associate head coach and defensive coordinator Greg Schiano has considerably more experience, and many thought he would be next in line.

Schiano was the head coach at Rutgers for 11 seasons before moving to the NFL's Tampa Bay Buccaneers in 2012-13.

With a salary of $7.6 million for 2018, Meyer is college football's second highest-paid coach. Alabama's Nick Saban is first.