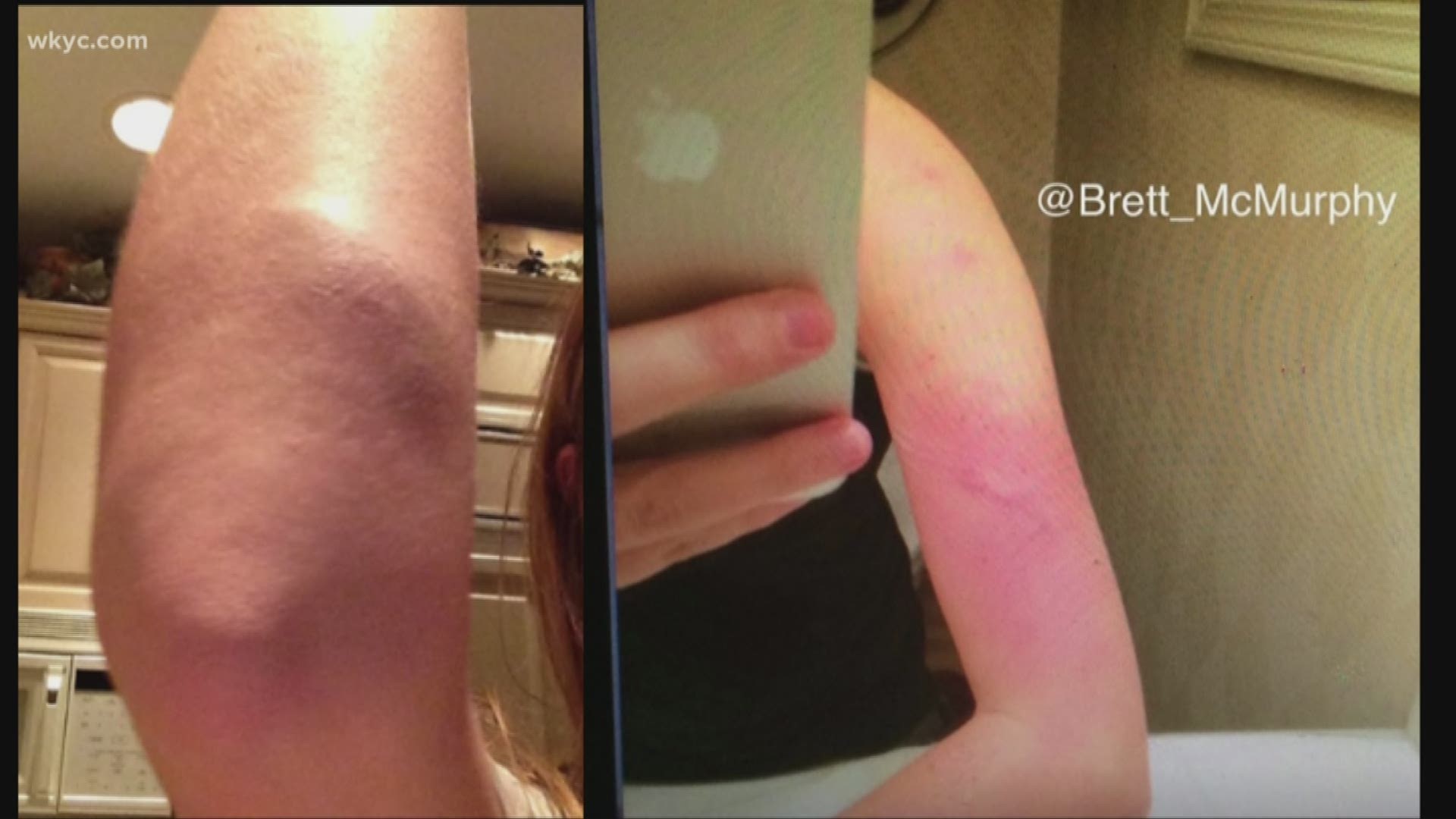 During Big Ten Days, Meyer was asked whether he knew back in 2015 that Zach Smith, his assistant football coach, had been accused of domestic violence.

“I was never told about anything, you know, never anything came to light,” Meyer said. “I never had a conversation about it.”

But now, there may be new damning new evidence.

In them, Courtney shares pictures of her bruises and Shelly shares concern.

Courtney also gave an interview to “Stadium.” You can see it here: https://watchstadium.com/

“Shelley, she said she was going to have to tell Urban,” Smith said. “I said ‘that’s fine, you know, you should tell Urban. This, we can’t have somebody like this, coaching young men.’”

When asked, she said Shelley never came back to clarify whether she ever told her husband.

Meyer’s future is now uncertain in a franchise where scandal is nothing new. His predecessor, Jim Tressel, stepped down after failing to report his players received improper benefits from a tattoo parlor.