After arguably Tennessee's most embarrassing loss in modern football history, fans are trying to cope with comedy. 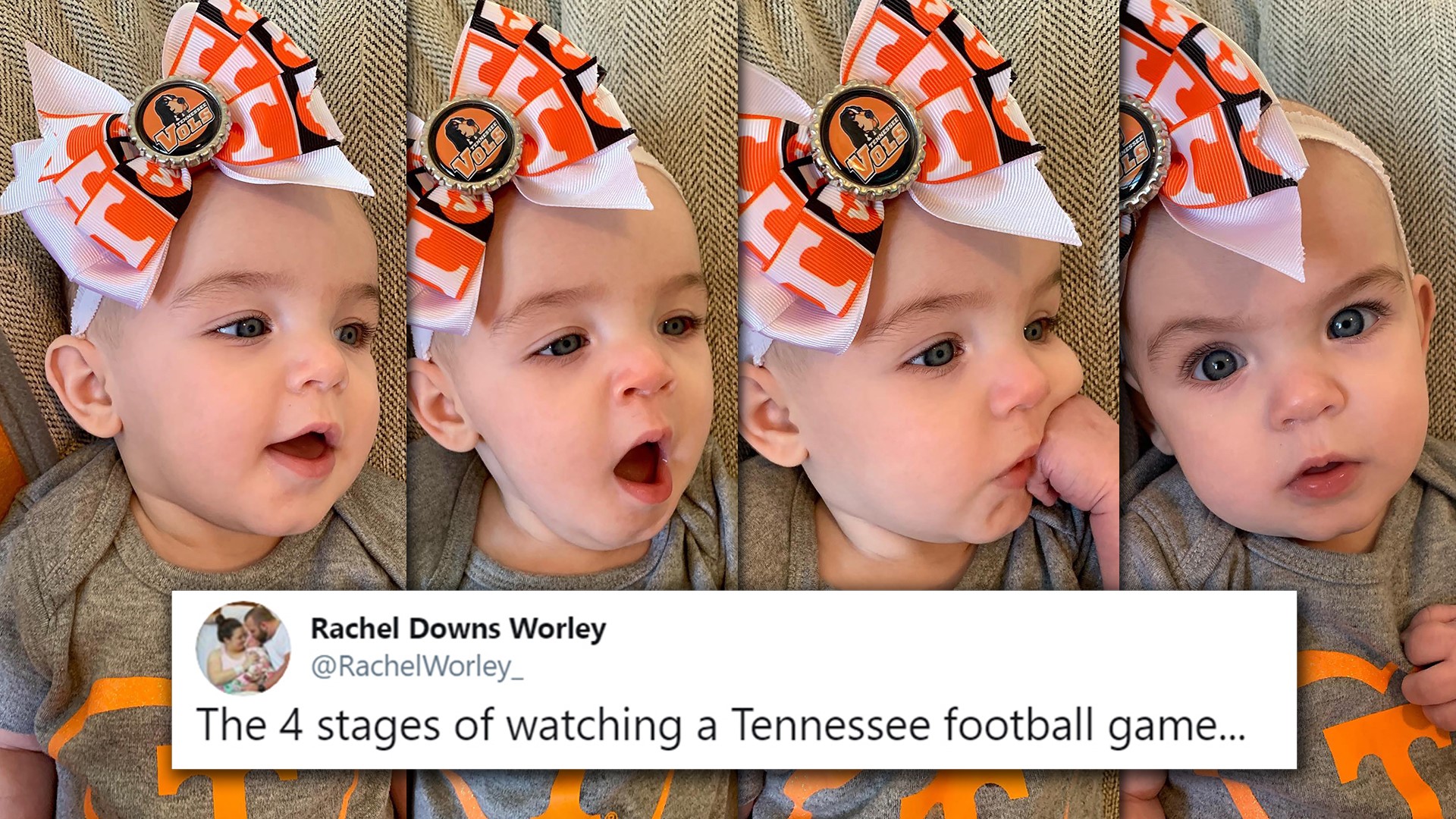 The farm's owners refrained from plowing over the field after Georgia State beat the Tennessee Vols at the season-opener at Neyland Stadium. The loss immediately turned this season into a big orange pumpkin for many UT fans.

Don't even talk about how Neyland Stadium will serve beer for the first time at this week's game against BYU. Vol fans are still dealing with a nasty hangover after being outplayed at home against a Georgia State program that finished 2018 with a seven-game losing streak. The Panthers were picked in the preseason to finish last in their division of the Sun Belt Conference.

RELATED: Sep. 2, 2019 - "It's something that we can fix' | Head Coach Jeremy Pruitt speaks Monday after Georgia State loss

Credit: WBIR
Tweet by a Tennessee fan after the Georgia State loss featuring a photo of a shirt that reads, "The Vols are Why I Drink."

Vols fans are trying to cope with comedy and sarcasm online. Best to make fun of yourself when everyone else in the college football world is jeering you.

Congressman Tim Burchett tweeted sarcastically after Saturday's loss, "Well, at least we have Boomsday to look forward to." For those who don't remember, Boomsday was the big Labor Day fireworks show in Knoxville that was canceled after 2015.

UT fan Rachel Worley posted a sequence of four photos of her infant daughter's expressions changing from a smile to a dumbfounded look of shock and wrote, "The four stages of watching Tennessee football."

Fan Caroline Schaefer tweeted after the game, "Excellent news! I can now attend your fall wedding!"

A tweet that has become a target for derision came from Peerless Price, one of the all-time greatest receivers in UT football history. Price posted Friday morning, "Y’all better jump on that @Vol_Football bandwagon by tonight. We are not taking any bandwagon folks after tonight. This is your last shot. Drop me a note if you want on and I will sign you up. #VFL #Vols"

For any Vol fans looking for a weekend distraction, Narramore Farms will open its corn maze in late-September.

There is no time for malaise in a corn maze.  The owners have not lost their love of Tennessee football.  Like so many UT fans, their roots are firmly planted with the Vols through thick and thin.