The Browns have shown a lot of faith in making 32-year-old Andrew Berry the youngest GM in league history. 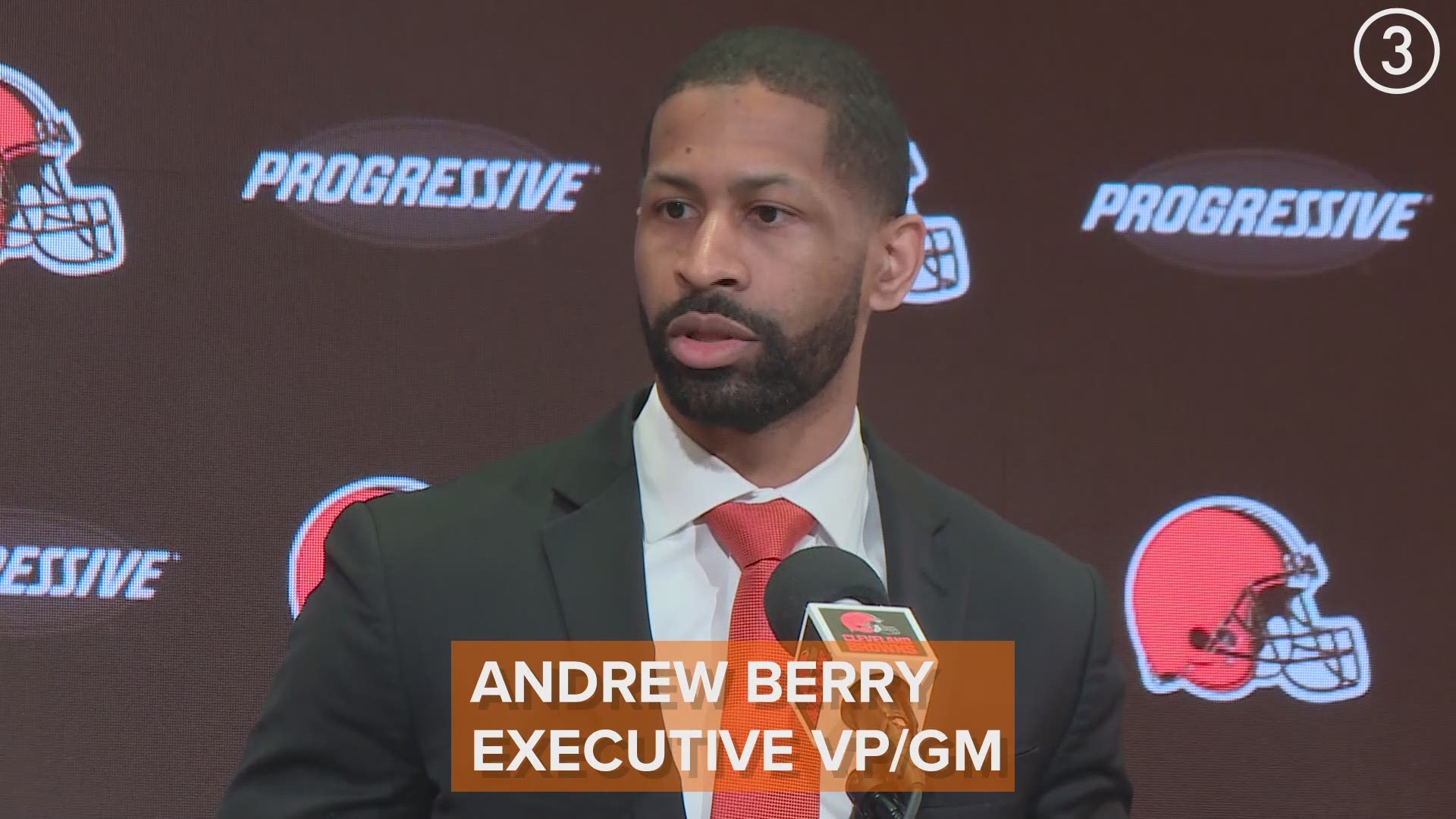 OK. So that might sound as elementary as a new restaurant promising a “food-centered” menu.

But to be fair to Jimmy Haslam’s latest GM, if you were part of the ptomaine poisoning that was 1-31 — as Berry was — you’d want to clarify that this time around, too.

“That was a very painful period for the fans, the city and everybody in the organization,” Berry said upon his formal re-introduction Wednesday.

All the usual phrases and words sizzled on the front burner in Berry’s press conference:

And some new ones: Diversity of experience. Deeper partnership.

Having heard most of those before doesn’t invalidate their importance to an organization or their chance of actually meaning something this time even if they make your ears buzz.

In addition to agreeing with Berry that “painful” fits what came before (though falls far short of covering it), there was more common ground offered Wednesday.

He said all this talk only amounts to “words on a page” until it translates to winning football. Yep. Preach.

In the meantime, we should all agree to stop talking about analytics as if it were an alien boogey man. Provided the Browns meet us halfway and clearly go about the business of winning now (as Berry suggested they would). Free agency and the draft will be the first indicator.

It’s no surprise if analytics got a bad name when Berry was part of Sashi Brown’s front office. The Browns did a poor job explaining themselves. It was difficult to understand its role let alone accept the results.

This time Berry finds the talent cupboard stocked (if not exactly full) for good times ahead. Last time, he was part of a group more intent on a complete kitchen renovation.

Call it tanking (Berry shied from that exact word Wednesday) or call it something else, but the asset accumulation underway marginalized the scouting. Trading down, for instance, meant passing on franchise-changing talent for lesser. But enough about Corey Coleman.

“This organization is in a much different state than it was entering 2016,” Berry said.

That’s too obvious to debate. You can argue whether Baker Mayfield is the guy, or if John Dorsey squandered those assets. But we can all agree the mission this time is to keep adding to the acquired talent with everything at their disposal, including the “A” word.

“We’re also going to incorporate (analytics) into our decision making,” Berry said when talking about being “scouting-centric.”

If it makes you feel any better — and I think it should — Berry was the football guy of the Paul DePodesta-Sashi Brown front office. And now he’s four years older. He’s worked in three organizations, starting in Indianapolis and stopping most recently in Philadelphia.

When the Browns hired Berry the first time around, Haslam called Bill Polian for a recommendation. He says Polian told him Berry would someday not just be a good GM “but a great GM.”

He’s 32. He’ll work with a 37-year-old head coach under the umbrella of a Chief of Strategy who admittedly didn’t know the NFL at all back in 2016. (If Paul DePodesta’s assessment that Carson Wentz wasn’t a Top 20 quarterback hadn’t already convinced you of that).

Who knows if Andrew Berry-Kevin Stefanski will lead the league in anything other than rookie mistakes? But this time, minus a roster teardown all the way to the studs, Berry will get a chance to show why people around the league think so highly of him.

RELATED: Are the Browns adopting a winning strategy, or out-thinking themselves?: Bud Shaw’s You Said It