Will stability finally become part of the picture for the Cleveland Browns?: Bud Shaw’s You Said It 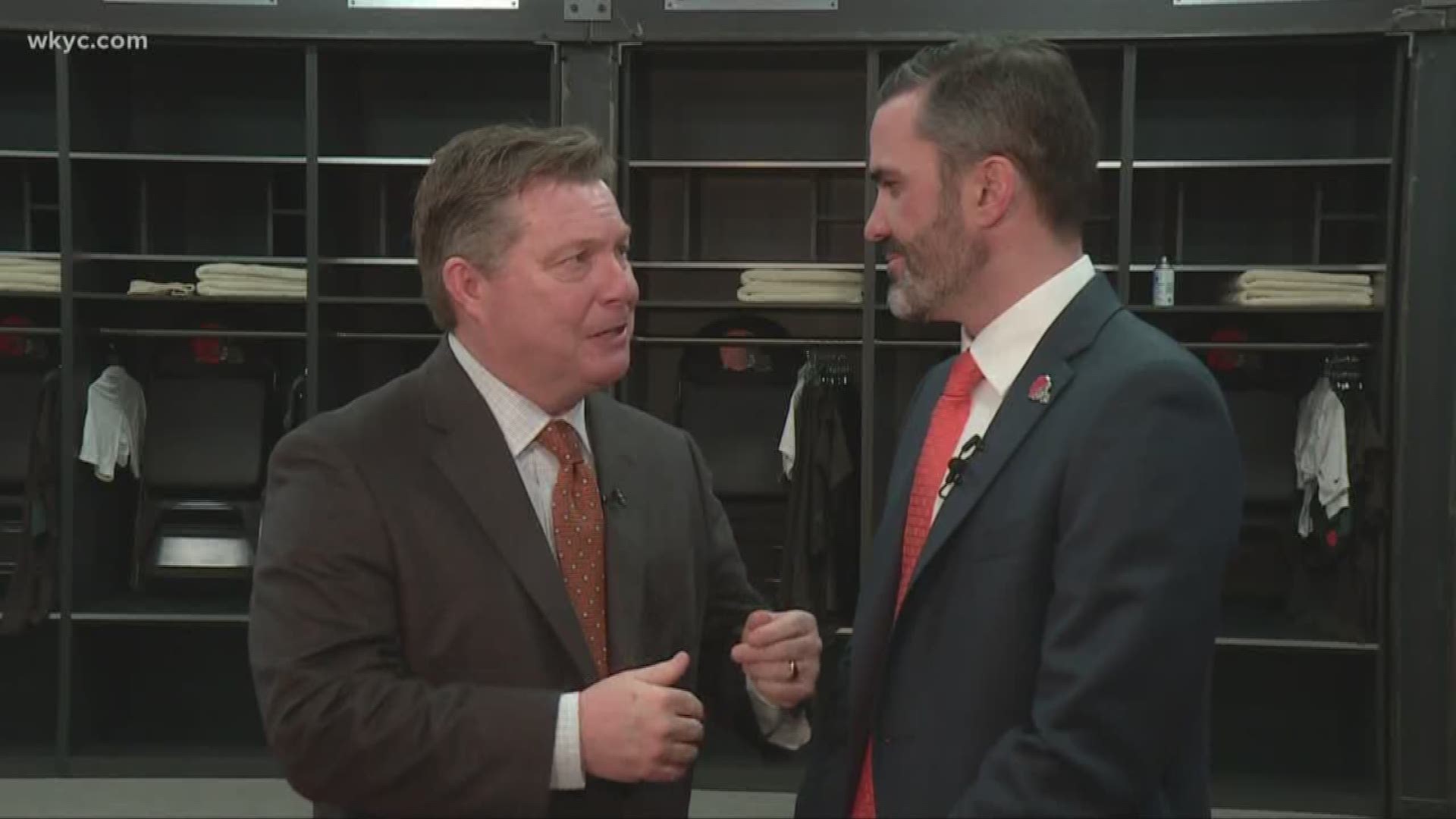 Bud: Probably just a coincidence, but I’ve never seen George Clooney and Kevin Stefanski in the same room. Maybe if Stefanski could play himself, it might save the producers of Draft Day II some money some day. — Tim, C-Town.

That could certainly help the budget. So would the low makeup costs of Larry the Cable Guy playing outgoing coach Freddie Kitchens.

Bud: In his post-game interview after beating Seattle to advance to the NFC championship game, Aaron Rodgers said he was going to go home and celebrate with a scotch. What do you do every Wednesday evening after putting together another hard-hitting "You Said It" column? — Jim Walsh, Olmsted Falls.

It’s pretty much a ritual by now. Cry into a beer and write an apology email to my journalism school.

Bud: Are the TV networks given advanced warning when Odell Beckham Jr. is attempting to stay out of the spotlight? — Jim Corrigan, Fairview Park.

Give credit where it’s due. Handing money out to LSU players post-game was the clandestine version of his original idea to quietly shoot $100 bills out of the exhaust of a purple Rolls at midfield.

Bud: Didn't Stefanski's repetition of "We're all going to get better" sound more like a doctor addressing a recovery room? — Michael Sarro.

Actually, I was reminded more of the hospital room in AT&T’s “Just OK is not OK” commercial.

Bud: It’s been reported that Paul DePodesta will add analytics to Stefanski’s game plan. So when it’s 4th and 1 inside the five, will the Browns try the suicide squeeze? — Andy Haag, Canton.

I’m OK with anything that isn’t a shovel pass.

Bud: My neighbor’s friend’s brother-in-law works at Cleveland Hopkins Airport. This guy said he saw Josh McDaniels sprinting to the first plane out of Cleveland late last Friday afternoon! Why such a rush? — O. Bill Stone.

Just better hope it’s not because they showed him the new uniforms.

Bud: Since Paul DePodesta and Kevin Stefanski run on the same operating system, will Stefanski get his own charging terminal or will he have to share the one in Berea with DePodesta? — C7x3 (I Am Not A Robot).

After the last two decades ,all intelligence in Berea is welcome. Artificial or otherwise.

Bud: If this circus known as the Browns would’ve hired the San Francisco DC, would they then have been known as the Cirque de Saleh? — EastSide Eddie.

You Said It “winners” get center stage.

RELATED: Paul DePodesta has the same role but new accountability with the Cleveland Browns