Can the Cleveland Browns overcome the false start to their season? Bud Shaw’s You Said It

Browns fans wonder about Baker Mayfield’s crowd comments, Jarvis Landry’s taunting and whether Nick Chubb can carry a team to the playoffs. 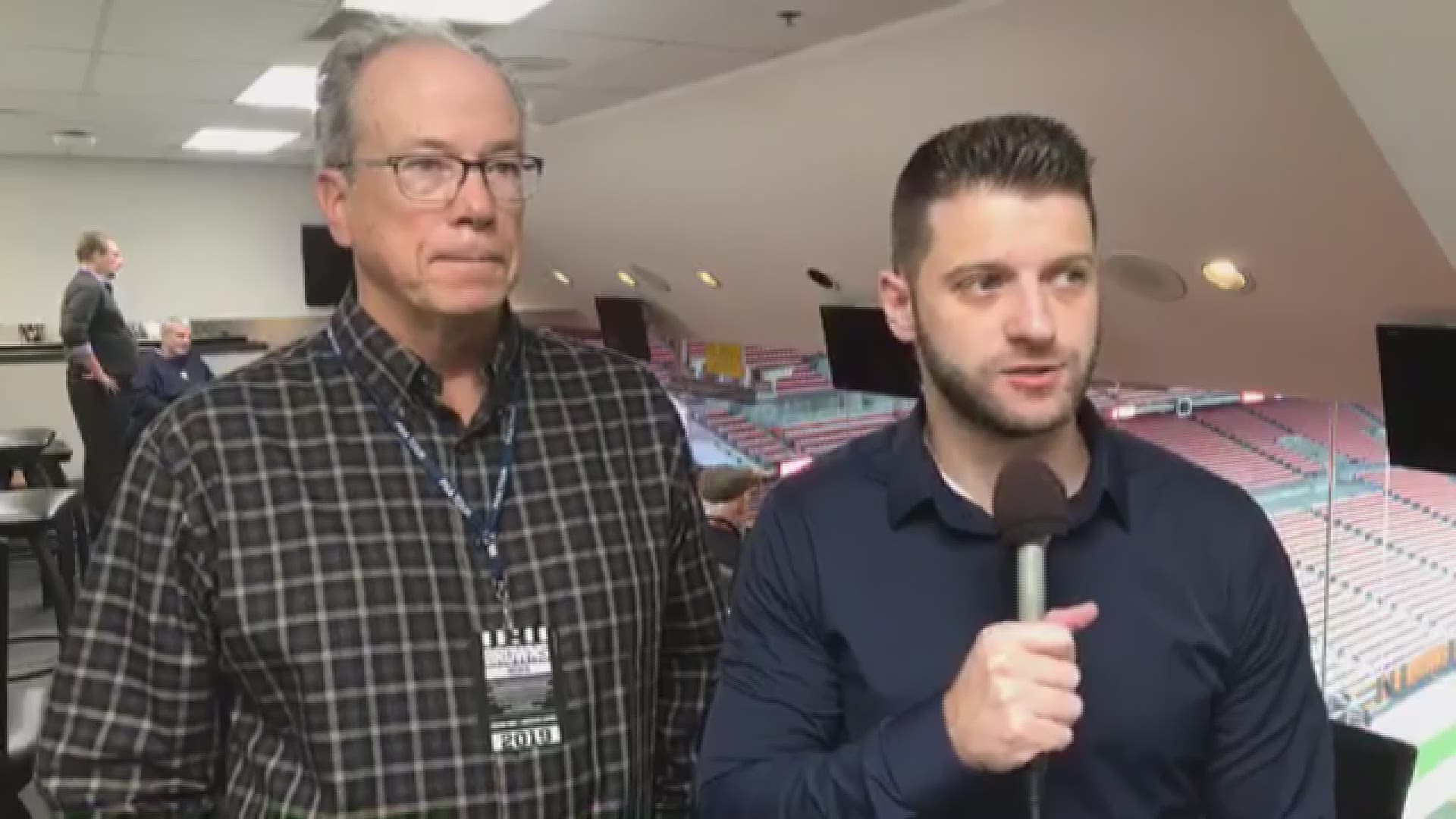 I believe that’s a Denny’s menu.

Isn’t it clear by now he’s trying to locate the source of that chirping smoke alarm?

Bud: Baker said he wants the home crowd to be “silent” on critical offensive possessions. On Browns Sundays that can only happen accidentally, like after Brandon Weeden throws an underhanded interception. — Tim, C-Town.

I don’t want to say the quarterback’s commercial work is seeping into his performance on the field but I’m told the false start occurred when he unexpectedly yelled “quiet on the set.”

Bud: How can we get Haslam to sell the Browns to Jeff Bezos? — Jay Shulman.

Haslam is not going to sell the team now that he senses he’s finally within 10 years of making the Super Bowl.

Bud: Does this short practice week deprive the Browns of a few days of “getting better every day?” — Jim Corrigan, Fairview Park.

Unlike many Browns teams since 1999, this one might not peak in OTAs.

Finally, we’ve reached that point in the season where a Browns game-winning drive isn’t more rare than a Bill Belichick belly laugh. So there’s that.

Landry said of his penalty, “I’d do the exact same thing.” Well, guys, there’s your go-to response if she asks why you bought her wrinkle cream for her birthday.

Bud: If Nick Chubb had carried 11 men any further would ODOT require him to get a license?—Michael Sarro.

You Said It winners carry the day.