One game doesn't define a team or its coach. That's the only good news for the Browns and Freddie Kitchens after a 43-13 loss in his debut. 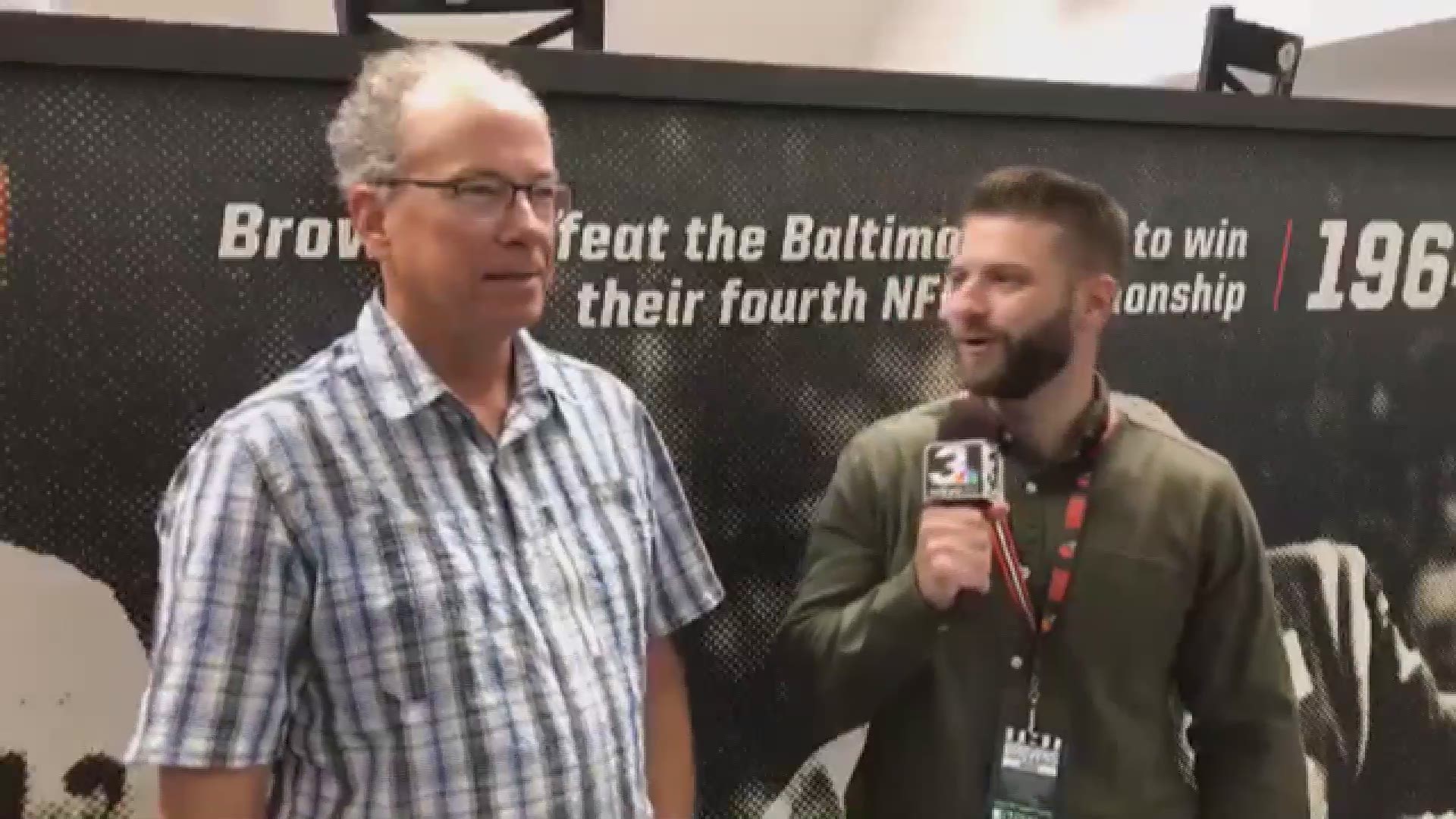 CLEVELAND — Maybe we should hold off collecting Freddie Kitchens quotes as if he’s the NFL’s answer to Mark Twain.

You know, at least until his team looks like it belongs in the NFL.

That one? A keeper.

When Kitchens turned up his nose at the idea of a talent upgrade automatically translating to success, he was right on target.

But even he couldn’t have imagined the comeuppance the Browns got Sunday at home against a Tennessee team no one is putting on any magazine covers.

To be embarrassed any more completely would’ve required 53 Browns to get color rushed and trapped under a giant red, white and blue flag during pre-game.

Come to think of it, that would’ve been easier to watch.

In Kitchens first game as head coach, the Browns had 18 penalties for 182 yards. Quarterback Baker Mayfield, considered the yin to Kitchens yang, threw three interceptions and was sacked in the end zone for a safety. The underdog Titans won, 43-13.

He meant the stupid, undisciplined penalties that cost his team chunks of yards all day and eventually a starting left tackle (after Greg Robinson was ejected for kicking an opponent in the head.)

It added up to the worst debut for a Browns head coach in memory, stunning in so many ways including how the home team opened with a touchdown drive that showed all their talent and potential in a single drive.

Instead of more of the same, a fifth exhibition game ensued.

Hard to watch. Just as hard to play, apparently.

“Of course we have a locker room full if disappointment right now, which we should have,” Kitchens said. “That is not the way we want to be represented. We lost our discipline and we lost our composure. But it is one game…each game counts one time. That is the way are going to approach it.”

That’s math made simple. In the stands and around the city, it’s now one game piled on top of 20 other season openers. That reckoning is 1-19-1.

Lost in Kitchens accounting is a top heavy schedule that will test the Browns through the first eight games. The Titans looked so much like a soft opening for what’s to come: Monday night in New York, Sunday night against the Rams, then Baltimore.

But an average Tennessee team walked into town and played smarter and more physical — never a good combination for a team forced by its own errors to play catchup.

Kitchens wasn't alone. Not many saw this coming.

His first camp was demanding. He was convinced he’d brought a tough-minded, focused and physical team to the season opener. He still believes it. The Browns looked like anything but after the momentum swung decisively on a 75-yard Derrick Henry screen that went for a TD one play after Mayfield cut the Titans lead to 15-13.

After that play, the Browns looked and played beaten. Maybe they'll put it behind them. Maybe it’s not so easily stashed away. Monday night will tell us.

Kitchens said the same about Mayfield, who threw three interceptions in a span of four possessions.

"We will address it and we will get it fixed," Mayfield said.

Last year he proved he can right himself — he did it after a bad first half against Houston. And there’s so much more talent around him now, whoopty-hells aside.

Any thought that just showing up with a much improved roster and being the talk of the NFL matters one bit was dismissed in a single afternoon that looked like a lot of games from the Browns horrific past.