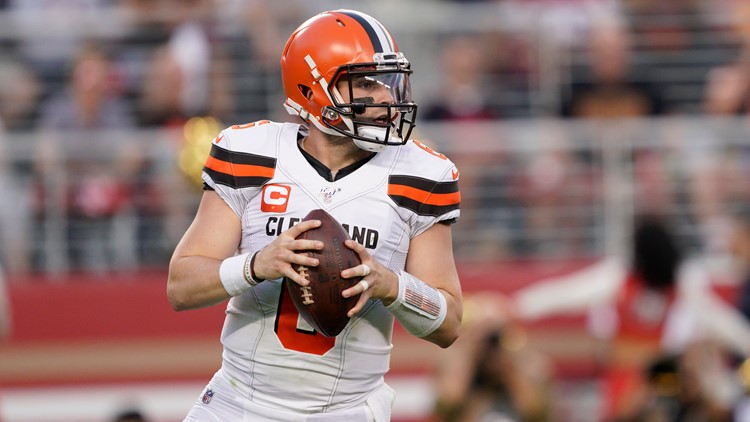 Will the real Baker Mayfield, please stand up tall? — Bud Shaw’s You Said It

Bud: Is it true on the show “The Unmasked Singer" the judges thought it was Baker Mayfield, but it was really Johnny Manziel? — Brent Collins, Strongsville.

Like the strong connection Mayfield and Odell Beckham talked about making this season, that, too, is only a rumor.

Bud: In the late '60s I hung out with a group of kids where if you said or did something that later turned out to be a big mistake, all you had to do was say "ERASE" and nobody was allowed to mention it again. Could you pass that on to the Browns? — Pat.

If my memory serves correct, that game was made popular a few years later by the Nixon White House.

Bud: Did the Browns even have any heart to leave in San Francisco? — Jim Corrigan, Fairview Park.

No need for sarcasm. Yes they did. Right up until the first play.

By Kanye’s standards, no.

Bud: Has Odell Beckham replaced his Rolls Royce's hood ornament with Baker Mayfield lying flat on his back? — Michael Sarro.

The ornament is an upright Mayfield, but he’s still having trouble seeing the road.

You can always count on Browns fans to point out the positives with no snark intended.

Bud: So the Browns lost to the Niners due to a nonexistent video taped handshake. — Radu Marinescu, Glendale, AZ.

Only if the Titanic went down because of too many deck chairs.

Bud: Right at the point where Garrett Gilbert went into the game, the cameras showed a close up of Mayfield on the sidelines. Is it true he was staring at the first guy he is going to throw to next week? — East Side Eddie.

You Said It ‘winners” help make this a one-read column.