Crusaders will play in empty gym in Sweet 16

Amherst College announced it will not allow fans into the facility for this weekend's games. 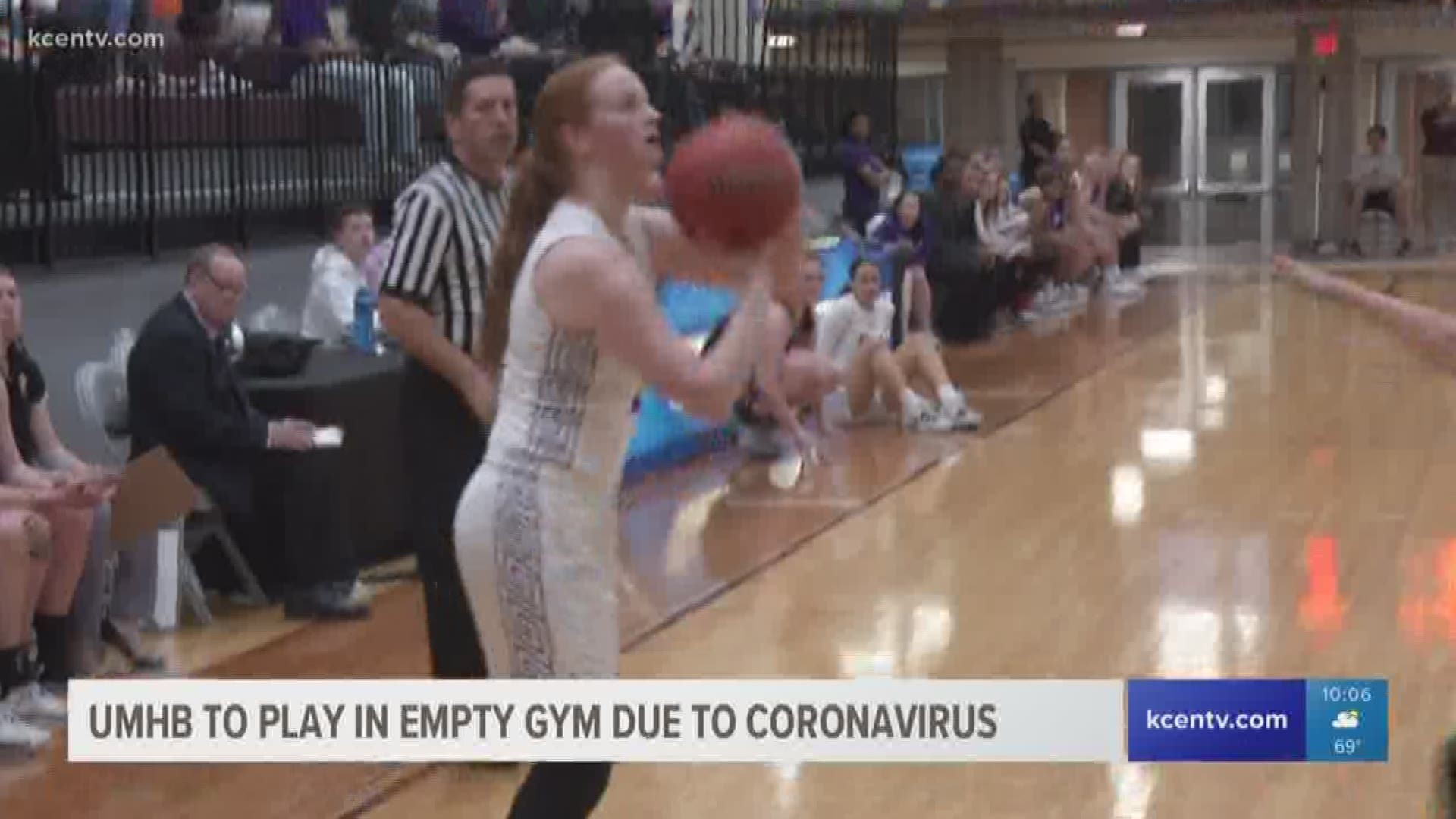 AMHERST, Mass. — When UMHB plays its second sectional game in women's basketball program history Friday, it'll do so in an empty gym.

Sunday, Amherst College announced it will not permit fans into the gym for this weekend's sectional-round games, due to Coronavirus concerns. It did the same for the first- and second-round games.

Amherst was announced as the host for this weekend's sectional on Sunday, which will involve Amherst, George Fox out of Oregon, Christopher Newport from Virginia and UMHB.

The Mammoths have announced they will live stream the games and post a link for live stats. UMHB's athletic department has announced its intent to share those links as soon as they become available.

This is the second year UMHB has been part of the NCAA Div. III Women's Basketball Championships. In its first, last year, the Cru lost in the sectional round (Sweet 16) to Washington-St. Louis.

This year, the Crusaders face Christopher Newport in the first game of Friday's doubleheader at Amherst, with the Mammoths facing George Fox 30 minutes afterward. Tip times have not yet been announced.

RELATED: Crusaders march on to Sweet 16