The Defenders had over 17,000 fans attend the game which opened up season play for the XFL. 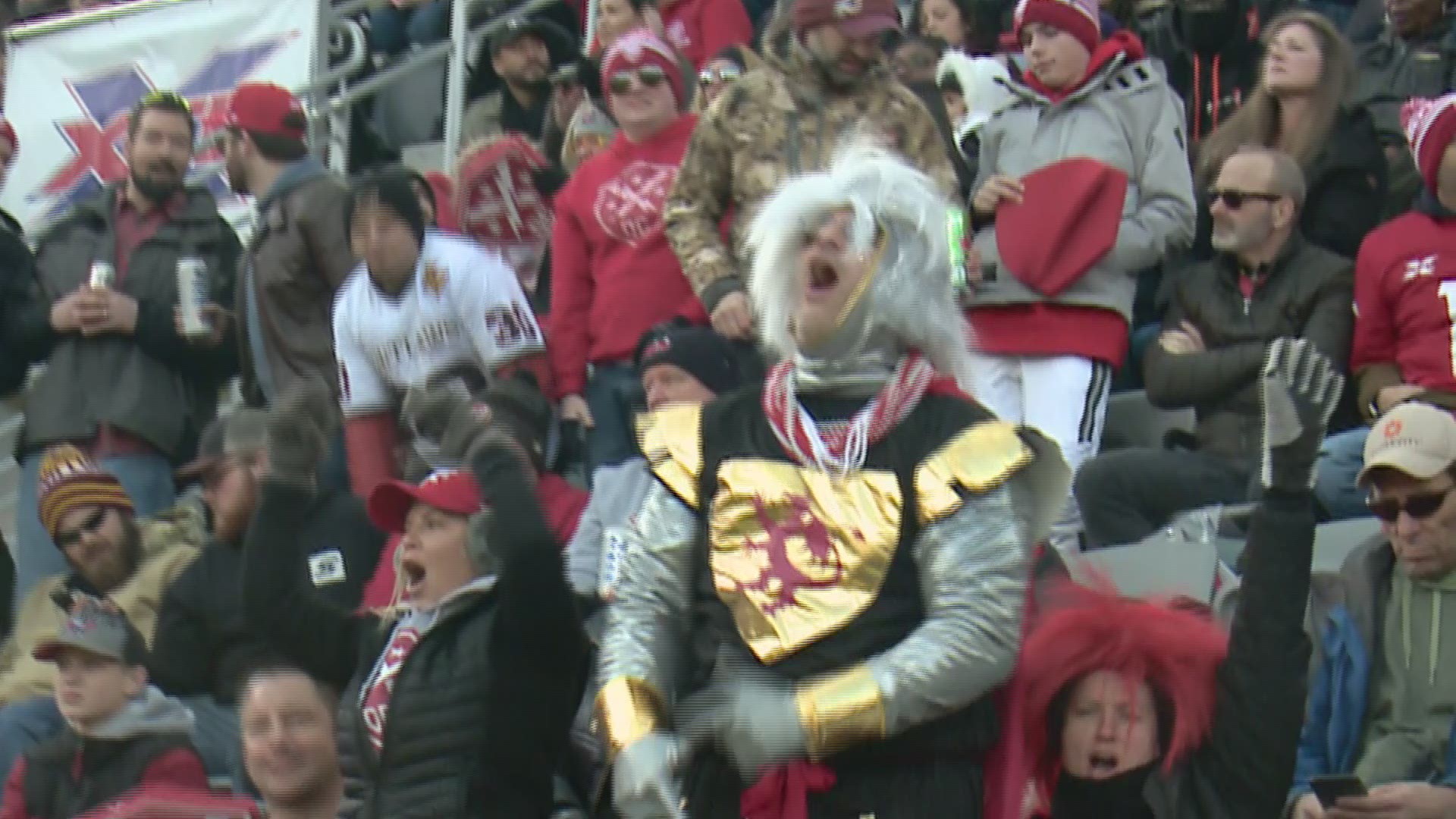 WASHINGTON — The D.C. Defenders beat the Seattle Dragons 31-19 at Audi Field during the XFL's start to the season, rebooting a spring football league in the United States.

The Defenders had over 17,000 fans attend the game that was broadcast on ABC as part of four games that will be played during the first weekend of the season.

The league is owned and operated by WWE's Vince McMahon, whose son Shane McMahon, who was born in Silver Spring, was at the game to help promote the league's start to the season.

The XFL is hoping to capture the attention of hard core football fans in the aftermath of the Super Bowl and the end of the NFL season. Games don't feature a coin toss and are full of changes like one-, two- and three-point conversions replacing extra point kicks and the chance for two forward passes on the same play.

The league says it'll be patient in the aftermath of the Alliance of American Football failing in the midst of its first season.

XFL chief operating officer Jeffrey Pollack was quoted in the Associated Press saying, “Our expectation for this first season is for football fans to simply give us a look, give us a chance, sample us.” Pollack said, “We understand that fandom is earned. It’s not given. ... We think that if you love football, you’re going to love the XFL."

Cars were reportedly lining up to enter parking lots at Audi Field in anticipation of the start of the Defenders season.

Cardale Jones, the quarterback for the Defenders, is one of the bigger names in the XFL.

Jones played for the University of Ohio State during its national championship-winning season in 2014-15. He played for the Buffalo Bills, Los Angeles Chargers and Seattle Seahawks for a brief period following his college career.

To learn more about the D.C. Defenders and the XFL, click here.

RELATED: 5 things you need to know this weekend