The Tigers have still not won a state crown since 1970. 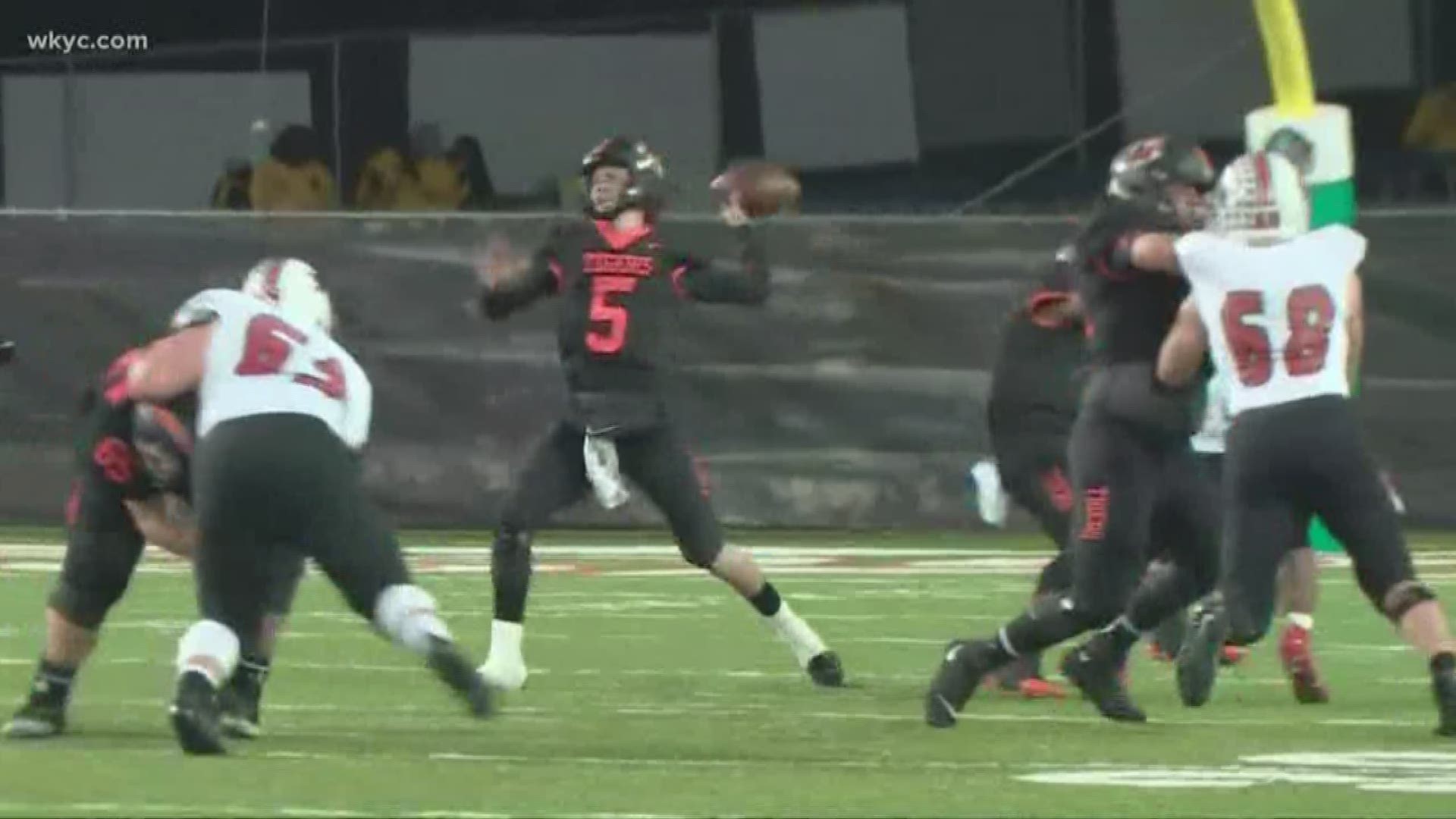 Massillon Washington's unbeaten season came up short of a storybook ending Thursday night, as the Tigers lost to the La Salle Lancers 34-17 in the OHSAA Division II state championship game. It's the second year in a row Nate Moore's bunch has made it all the way to the season's final contest only to come up short.

The Tigers committed the game's only three turnovers, are all were costly: Fumbles by running backs Terrance Keyes Jr. and Zion Phifer in the second and third quarters, respectively, each led to Lancer touchdowns. Massillon rushed for just 82 yards on the night, and gave up 337 on the ground to La Salle.

Massillon (14-1) led 3-0 early following a field goal by Alex Bauer, but then the La Salle (13-2) backs got to work: Gi'Bran Payne ran it in from 6 yards out on the very next drive, and after Keyes' fumble in the next quarter, Northwestern commit Cam Porter ran it in to put the Lancers up 14-3. Fittingly, Porter had also forced the turnover on defense.

Aidan Longwell kept the Tigers in the game with two long touchdowns to Jaydan Ballard and Andrew Wilson-Lamp, and La Salle led 21-17 at halftime. But Massillon would never score again, and Phifer's fumble late in the third quarter set up Proter's third touchdown of the night. Two fourth period field goals by Ohio State commit Jake Seibert all but ended things, and a Longwell fumble on the final drive officially iced it.

Payne and Zach Branam each had more than 100 yards rushing, and Porter added 57 to go with his three scores. Longwell, statistically the best quarterback Massillon has ever seen, passed for 245 yards and two TDs in the final game of his career.

In its long and illustrious history, Massillon has claimed 24 Ohio state championships and nine national championships. However, the last of those state crowns came in 1970, two years before Ohio began deciding its champions via playoff. The Tigers are now 0-5 all-time in state title games.