When Darren McGrath’s mother was diagnosed with cancer he found an outlet to help him heal. Now, 40 years later, his outlet is being called outstanding by many. 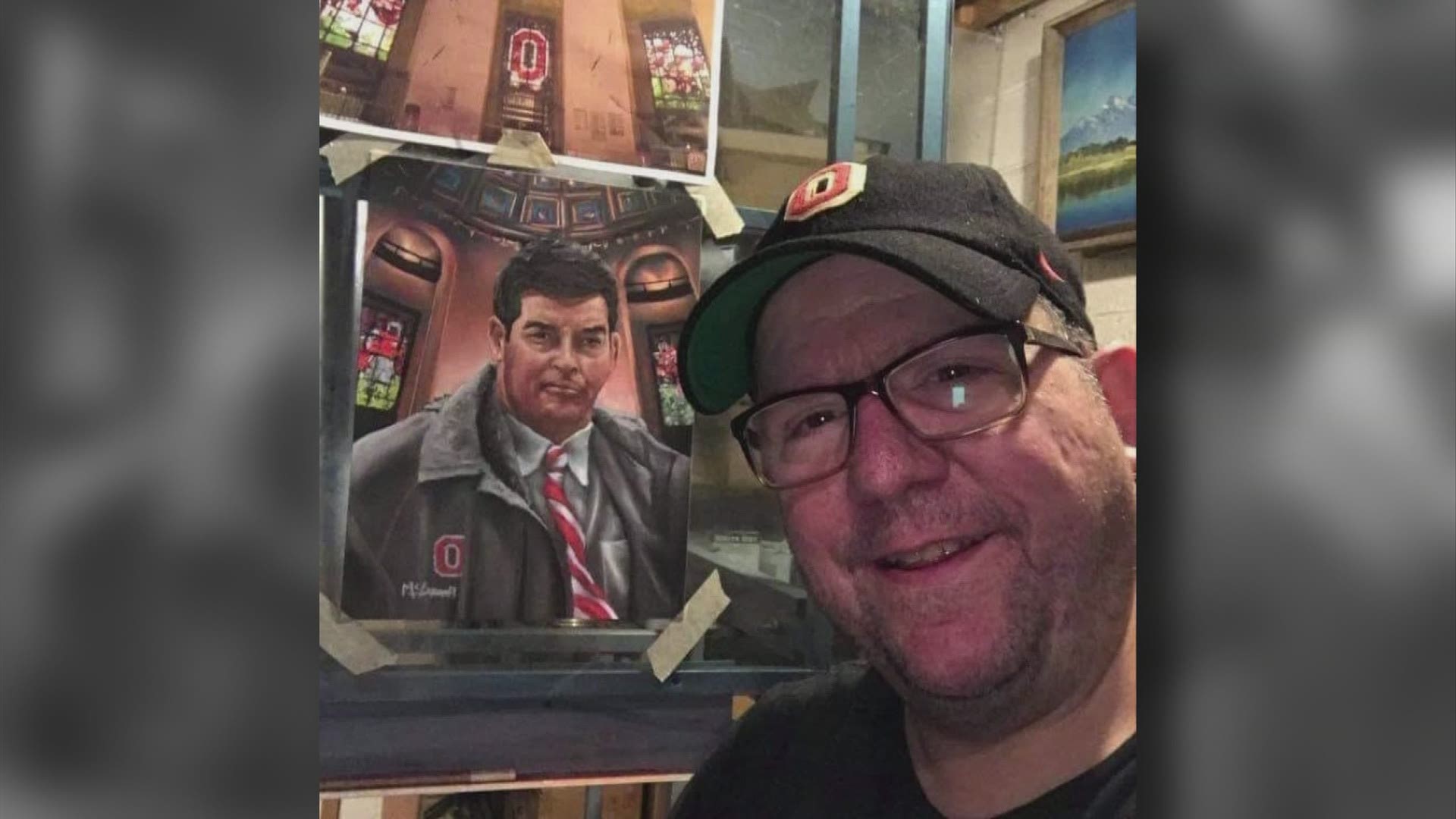 LANCASTER, Ohio — Without one picture there would be no others for this story.

A picture of a 2-year-old boy sitting on his mother’s lap on the far east side of Columbus in the early 1970s.

Because of this picture, Darren McGrath, now 51, creates.

When he was a freshman at Eastmoor his mother, Barbara, was diagnosed with cancer. This week marks 35 years she’s been gone. During her diagnosis McGrath found an outlet.

“Art really helped pull me through,” he said. “I promote it whenever I can. Even if you can’t draw or paint, sit down and create something because it’s the greatest medication for depression there is.”

When the world crumbles, McGrath unfolds it, lays it flat and then blankets it in the brightest and boldest colors with soft pastels.

One of his main go-tos comes from the gridiron.

“When I started following Ohio State, Woody Hayes was there,” he said.

Hayes, Griffin – those who wrote the book on Buckeye greatness to those still writing chapters today, like running back Master Teague, quarterback Justin Fields and head coach Ryan Day.

“To this day, whenever I paint, I think of my mom,” McGrath said.

More than 300 pictures aren’t for profit, but a point of personal appreciation of a woman who helped create his love for a craft many years ago.

On a day when OSU will take the field in hopes of a national championship, McGrath shares his love to remember his mother and to give good luck to the Buckeyes.