Chairman Fred Ridley brought up the state's controversy before The Masters. 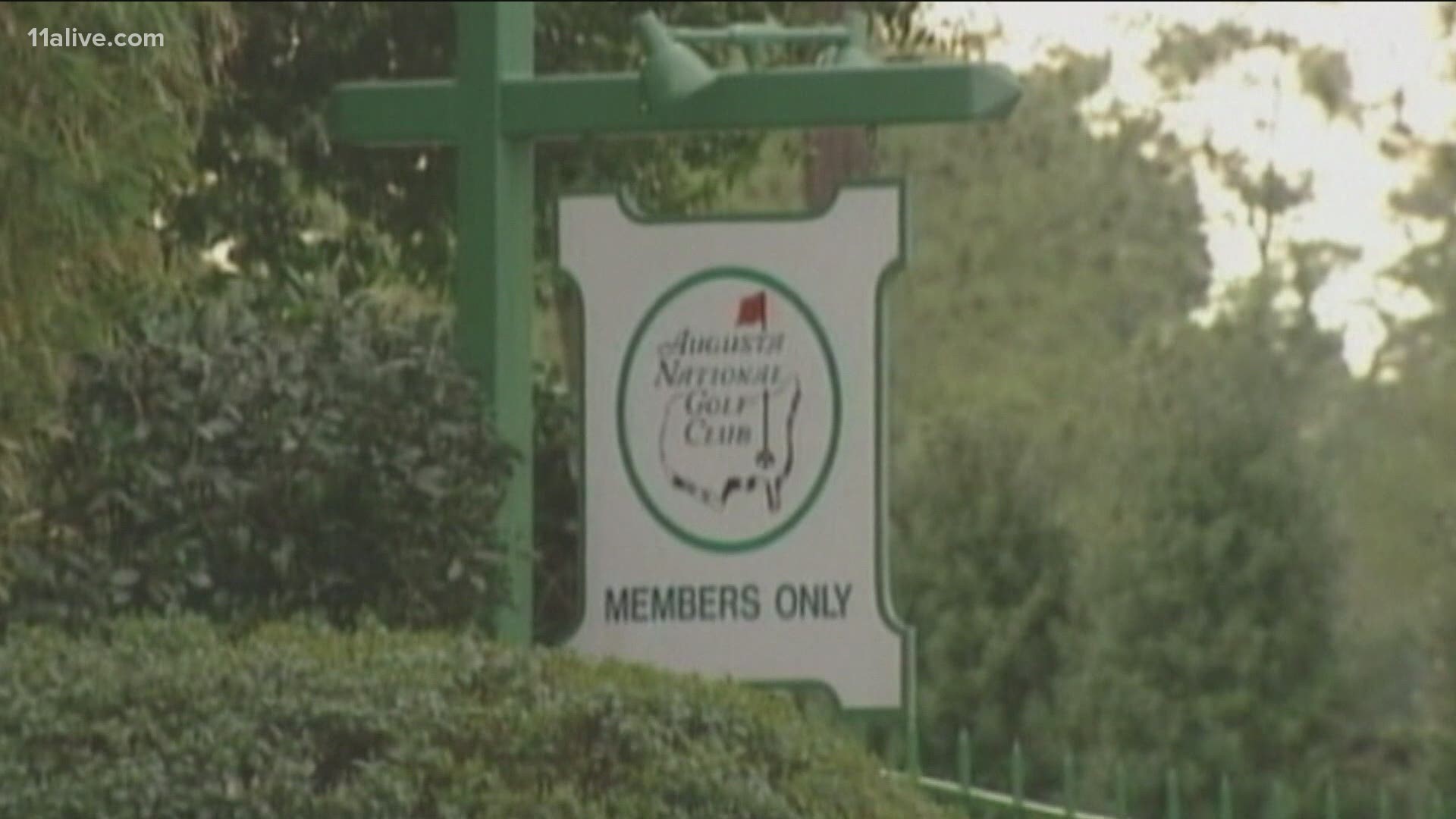 AUGUSTA, Ga. — Inside the gates of Augusta National Golf Club, is its signature tranquility. Outside of the hallowed grounds shielded by the tall pines, there is continued controversy in the state regarding Georgia's new voting law, SB202.

The MLB ripped the All-Star game out of Cobb County. Activists have called for boycotts on businesses in Georgia, and there were cries for The Masters to move out of the state.

Augusta National has been mostly unfazed as limited Patrons and even some local healthcare workers made their way onto the grounds. While golfers were asked about it periodically, they mostly pointed out the good and economic benefit the PGA Tour does for the cities they visit, including Augusta.

On Wednesday, Augusta National Chairman Fred Ridley took it upon himself to bring up the controversy at his annual news conference.

"I believe, as does everyone in our organization, that the right to vote is fundamental in our democratic society. No one should be disadvantaged in exercising that right. And it is critical that all citizens have confidence in the electoral process," Ridley said.

Ridley said there will be differing views regarding the law and said discussions should be had to find a solution, and he believes there is one. However, he would not say whether or not he personally agrees or disagrees with the law.

"I know you would like for us to make a proclamation on this. I just don't think that is going to be helpful to ultimately reaching a resolution," he said.

Augusta National's stance on issues such as SB202, which opponents of the law say limits and restricts access to voting, especially among minorities, is important because of their lagging evolution regarding diversity and inclusion amongst its club, which was formed in 1933.

Its stringent rules help preserve its peaceful beauty, banning cell phones and behaviors that goes against the norms of today's society. But it was its archaic rules, too, that kept African American golfers from playing on the course until 1975, when Lee Elder was invited to The Masters. The club opposed the addition of women members for 80 years until 2012. Up until 2019, there were no women tournaments at Augusta National.

While the club has not formed an LPGA event, citing issues around timing, it has formed the Women's Amateur. The final round of that event is played at the course on the Saturday before The Masters. The club has also promoted growth of the game through Drive, Chip and Putt, which includes competitions for young golfers.

Augusta National has progressed and will celebrate its inclusion and evolution when Elder takes part in the ceremonial tee shot Thursday morning. But it's slow pace for change and inclusion makes its stance on issues such as SB202 that much more important.

Augusta National has shown a commitment to its local community and surrounding neighborhoods, donating $10 million to revitalize neighborhoods and an addition $2 million in helping the city and Augusta University Health with its COVID-19 response, including using its property as a vaccination site.

It's for that very reason that Ridley vehemently opposes boycotts for the event because of Georgia's voting law.

RELATED: Georgia election law explained: Here's what the law does, doesn't do

"Those actions often impose the greatest burdens on the most vulnerable in our society. In this case, that includes our friends and neighbors here at Augusta, that are the very focus of the positive difference we are trying to make," he said.

It was a similar argument made by politicians in Cobb County, but was disregarded by Major League Baseball.

Ultimately, Augusta National will do what it wants to, as it has done throughout its history. It won't move golf's greatest event from its own home. But how it responds and reacts will be catalogued along with other moments in history.