Skylar Scarnecchia has made her way back to competitive sports despite a wave of obstacles. 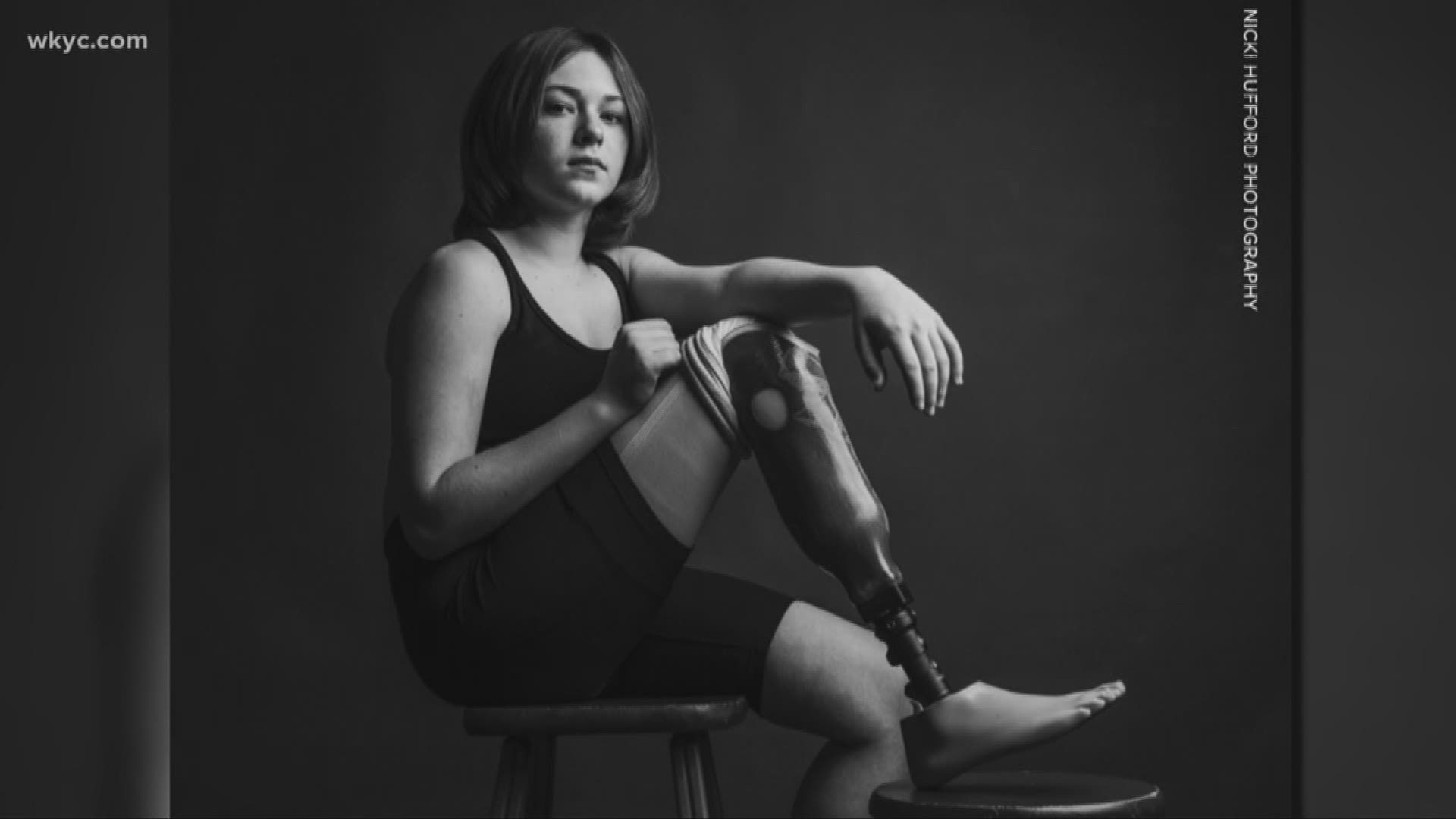 CLEVELAND — Skylar Scarnecchia has already come a long way, but it's nowhere near how far she can go.

The Champion Township eighth grader has overcome major medical and physical obstacles to maintain her athletic career. On Wednesday, she was also presented with the Cleveland Clinic Sports Health Courage Award at the Greater Cleveland Sports Awards. 3News anchor Jay Crawford presented Skylar with the award.

Skylar began feeling discomfort in her right foot in 2015, which forced her to walk with a limp. The pain intensified despite treatment for plantar fasciitis.

An MRI revealed a tumor on the bottom of Skylar's foot, which led to weekly chemo treatment for three months and a synovial sarcoma diagnosis when a scan revealed three more spots on Skylar's lung.

Though treatment improved the spots on her lung, the tumor on Skylar's foot remained. Because of the tumor's location, Skylar's leg was amputated from the knee down, forcing her to miss her entire fifth grade school year.

Skylar was fitted for a prosthetic blade runner in March 2017. By August, she was back on the soccer field and basketball court.

Skylar reached 32 months in remission in July 2019. She now participates in track and volleyball, and recently signed with a professional talent agency.