Details have not been provided. 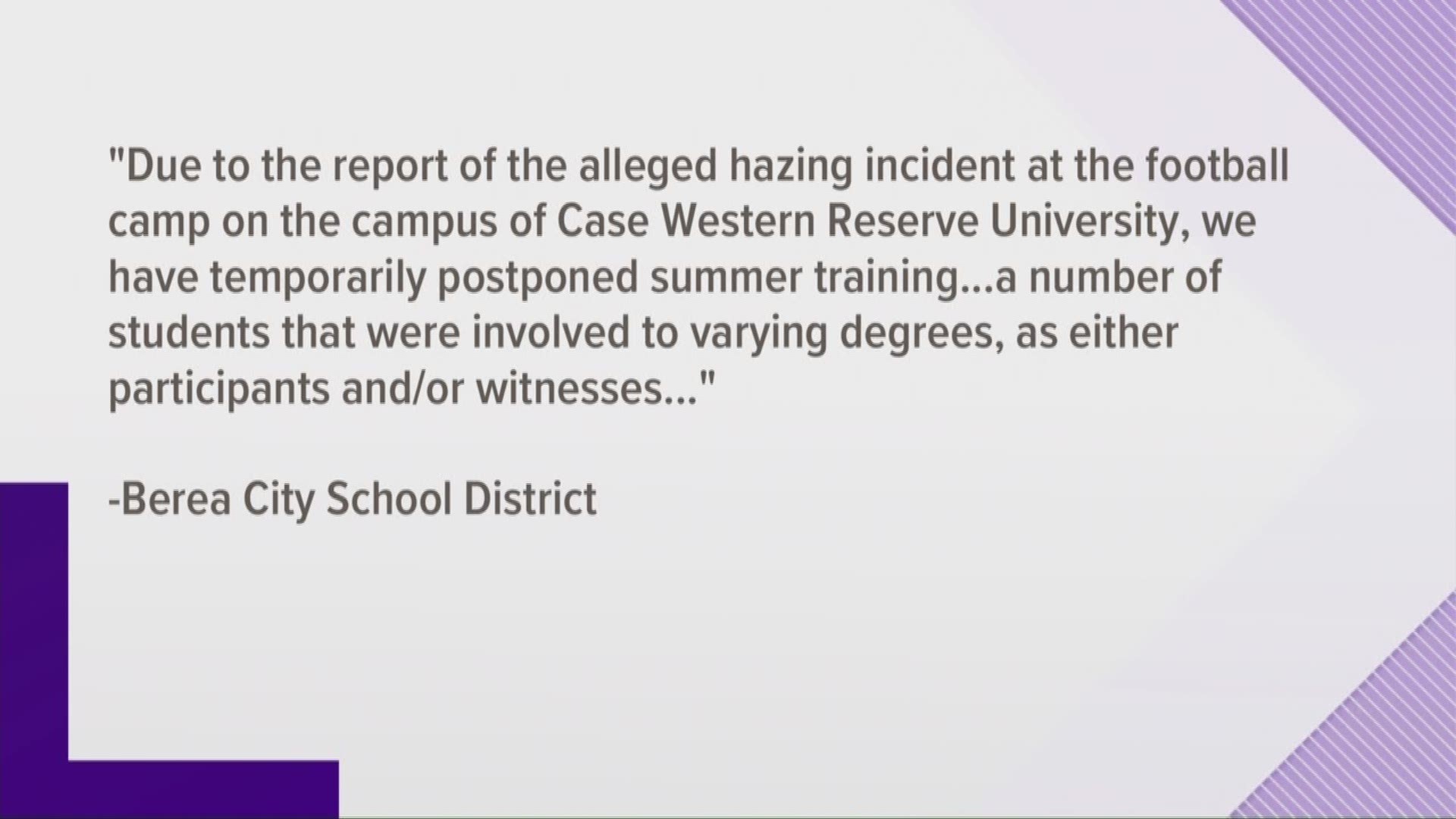 CLEVELAND — The Berea City School District and Cleveland police are investigating an alleged hazing incident that happened at a football camp at Case Western Reserve University.

The district said in a statement Thursday that a number of students were involved in the incident in varying degrees, both as participants and witnesses.

The district has temporarily postponed summer football training during the investigation. Students who were involved in the incident will be withheld from participating in organized summer activities until the investigation is complete.

Details of the alleged incident were not released.