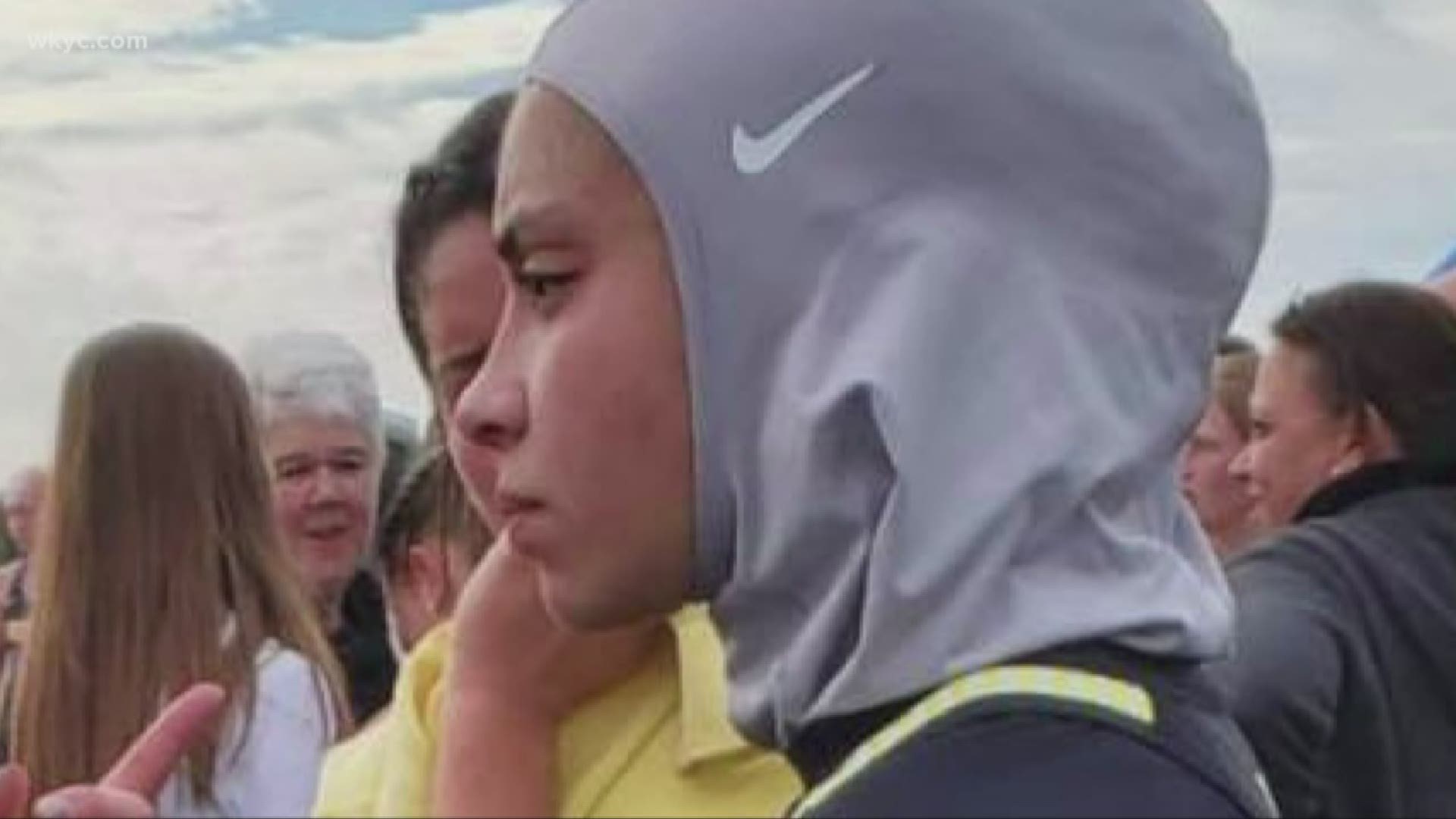 Two Cleveland Heights-University Heights student-athletes had a similar experience. Now, there’s a push for a change to the rules.

Noor Abukaram, who races for Northview outside Toledo, was stunned when she didn’t see her name on the board at the end of her race.

Abukaram was allowed to run the race. The two students from Cleveland Heights never got that far. They were stopped at the starting line by officials.

The students were competing in separate races, all organized and run by the Ohio High School Athletic Association (OHSAA). Many have asked why the students weren’t allowed to run.

OHSAA Director of Communications Tim Stried responded to the situation with the following statement:

“The student-athlete can run this weekend at regionals and the OHSAA is also already looking at this specific uniform regulation to modify it in the future so that religious headwear does not require a waiver. If the coach or school had obtained the waiver previously, all this could have been avoided. The race official was simply enforcing this rule since a waiver had not been submitted. After the race, the OHSAA communicated with the school, which then submitted a waiver request. The request was approved immediately. This emphasizes our continual requirement to also assist in educating our coaches on all sport rules. We support the student-athlete and wish her the best of luck this weekend at regionals.”

Both Abukaram and Cleveland Heights-University Heights City Schools believe a waiver shouldn’t be necessary in the first place. And after searching for the rule referenced by the OHSAA, Cleveland Heights filed a complaint saying it couldn’t be found. The following statement explains their student-athletes’ situation and the actions taken by the district:

"On October 19, the Heights High girls cross country team competed at the OHSAA District Tournament in Madison, Ohio. As two Heights students approached the starting line ahead of their event, they were informed by an OHSAA referee that they were disqualified from competing because they did not provide a uniform waiver for their hijabs.

"The Heights cross country team had never encountered this issue previously throughout the season. Upon examination of the OHSAA uniform rules and regulations, the CH-UH Athletic Department found no rule against religious headwear.

In a follow-up email regarding the missing regulation on the OHSAA website, Stried said in part, “we are working to find out why it wasn’t included in that document or in other places. It was a point of emphasis in the online coaches [sic] rules meetings, which officials view, as well, but we should have done a better job with this regulation, such as discontinuing it in the first place.”

Abukaram and her coaches have since filed a waiver, which was immediately approved. She’ll also be allowed to run in this week’s regional competition. But she hopes the waiver process is eliminated.

“l just don’t want this to happen to anyone else,” she said. “I don't want them to ever have to worry or to have to write a letter so that they can go run.”