'Dear Mom and Dad: Cool It!' OHSAA pens letter to parents asking them to take it easy on referees 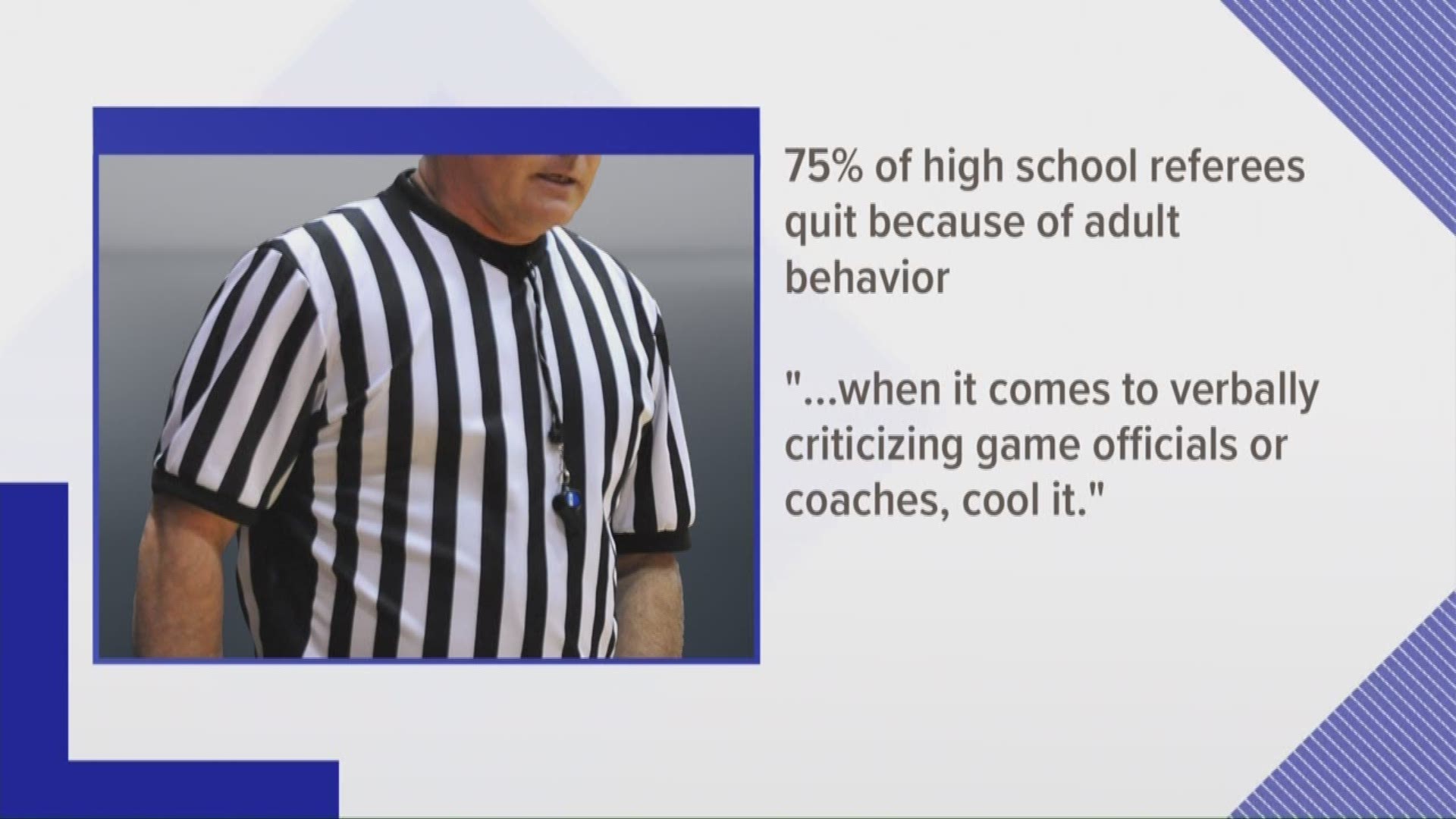 There's nothing quite like the excitement of high school sports in Ohio.

We all enjoy watching student-athletes compete on the playing fields and courts, but according to the Ohio High School Athletic Association, that enjoyment is being tainted by the abuse that referees are having to endure from fans.

In a letter jointly authored by Karissa Niehoff, Executive Director of the National Federation of State High School Associations, and Jerry Snodgrass, Executive Director of the Ohio High School Athletic Association, the OHSAA is concerned that the constant berating of officials by adults is the primary cause of why Ohio has an alarming shortage of high school referees. 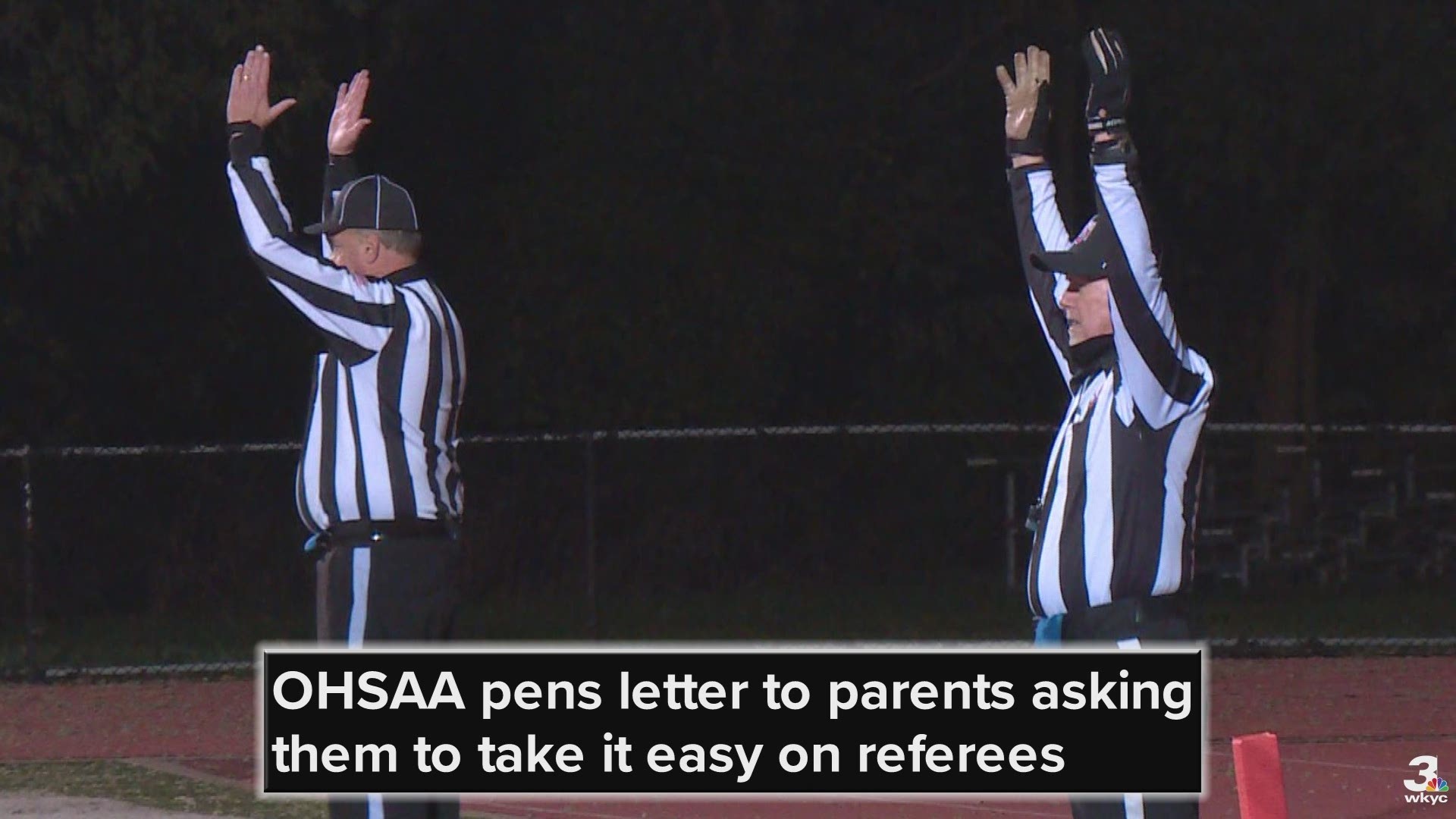 The letter cites a recent survey by the National Association of Sports Officials, indicating more than 75 percent of all high school officials say “adult behavior” is the primary reason they quit. And 80 percent of all young officials hang up their stripes after just two years of whistleblowing.

"Why? They don’t need your abuse," the letter says.

The ripple effect of the study means more officials are over 60 than under 30 in many areas. And as older, experienced officials retire, there aren’t enough younger ones to replace them.

Putting it simply, the OHSAA says, 'if there are no officials, there are no games.' The shortage of licensed high school officials is severe enough in some areas that athletic events are being postponed or cancelled—especially at the freshman and junior varsity levels.

So what's the bottom line? "When you attend an athletic event that involves your son or daughter, cheer to your heart’s content, enjoy the camaraderie that high school sports offer and have fun. But when it comes to verbally criticize game officials or coaches, cool it," says the OHSAA.

And if you think you could do a better job than those men and women in stripes, go to HighSchoolOfficials.com and learn how you can sign up to become a licensed referee. 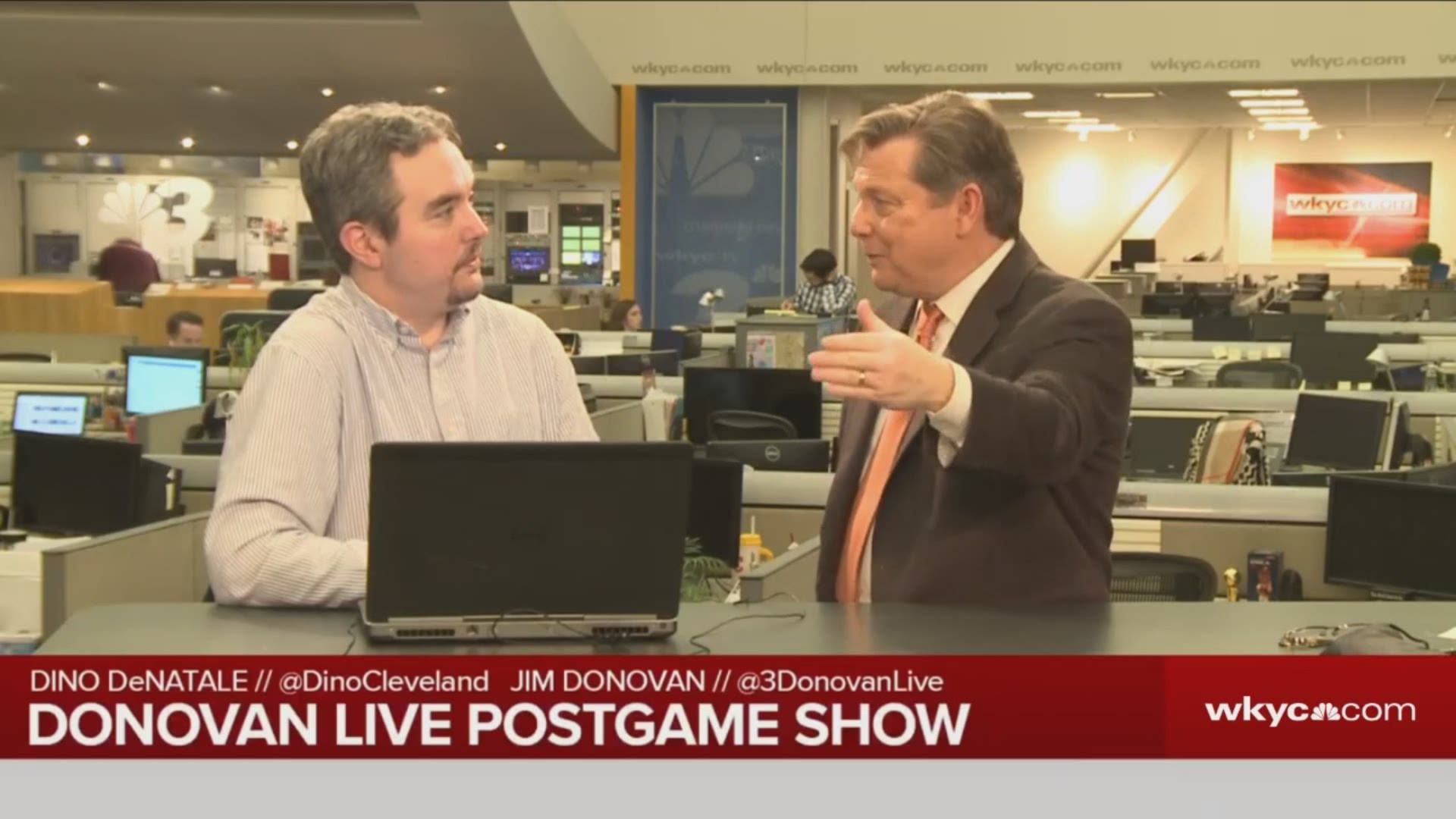