Akron had been set to earn $1.17 million by playing the Cornhuskers, but lightening canceled the contest. 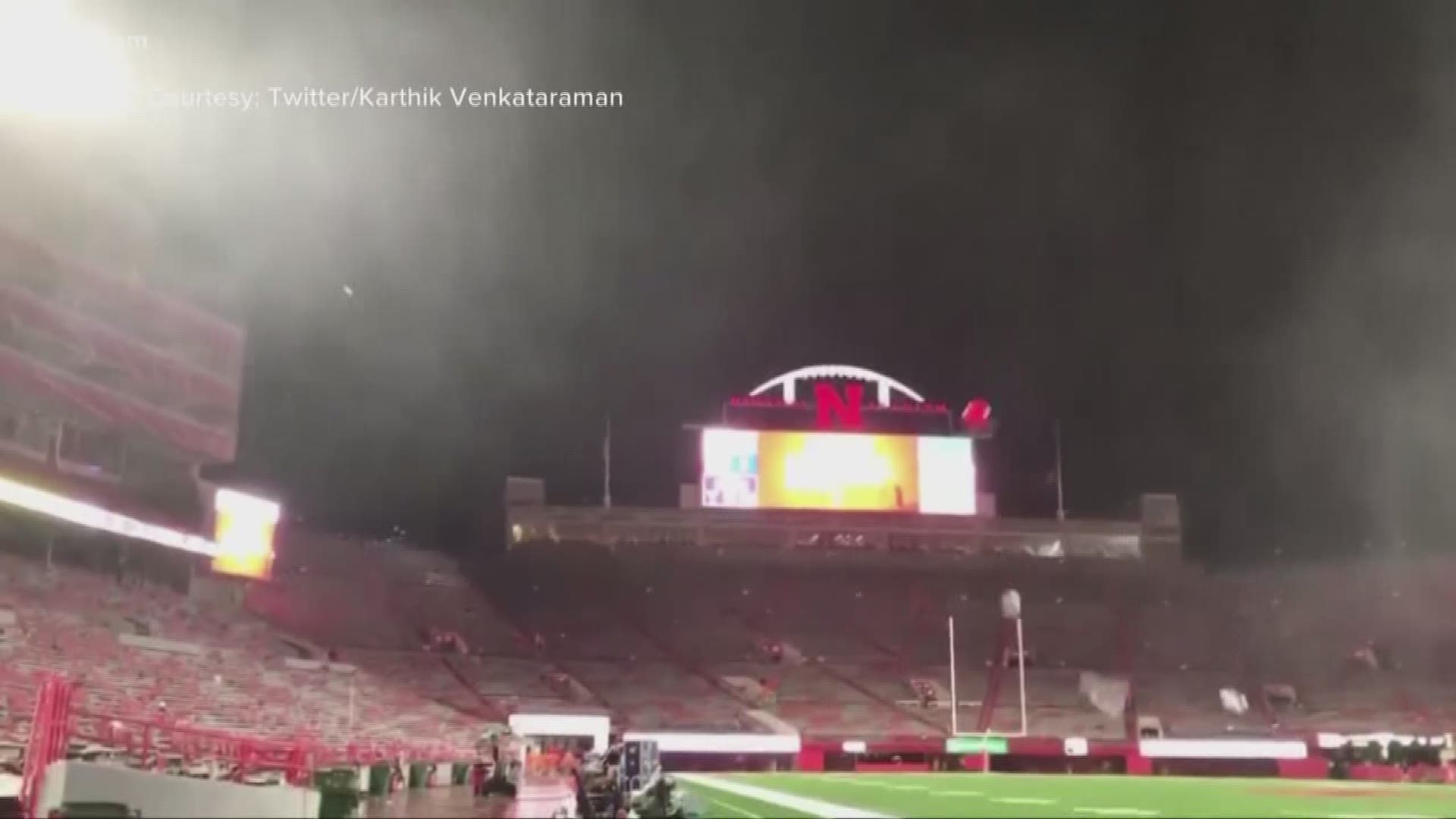 Lightning and thunderstorms forced Nebraska to cancel its football game against Akron this past weekend. It’s a move has led to questions as to whether the University of Akron will receive their $1.17 million payment.

On Saturday, an hours-long delay eventually led to Nebraska canceling the game due to lighting and thunderstorms. There was talk to potentially reschedule the game on Sunday, but Williams cited logistical concerns.

“We couldn’t find hotel rooms to be able to accommodate our party,” Williams said. “We were going to have to split them up.”

But he said there was more behind Akron’s decision, including the early 10:30 start time the next morning.

“Now if you do the math, that puts our kids in an opportunity to sleep for less than 5 hours, and that is something we couldn’t agree to put our students, our student athletes, in that position.”

Nebraska encouraged fans to hold onto their tickets, releasing the following statement on Sunday:

"Everyone associated with last night’s season opener is disappointed that the weather did not cooperate, and we were unable to play the game. We were dealing with a fluid situation, and at all times we were operating with public safety as our number one concern."

During the delay, there were numerous scenarios discussed for contingency plans for playing the game, including a scenario to play the game on Sunday. Unfortunately, Akron faced some logistical challenges and the decision was made to cancel the game.

Regarding any potential additions or adjustments to the 2018 football schedule, we will explore and discuss those options in the coming weeks. In the meantime, fans are encouraged to hold onto their tickets from last night’s game in the event a game were to be added later in the season.

At this point, everyone’s focus and attention has moved onto preparation for opening our season against Colorado on Saturday afternoon.”

When asked if Akron will get the $1.17 million payment in their contract with Nebraska, Williams said Akron has “every expectation that Nebraska will abide by the terms of the contract.”

In the contract between the two teams, a section details when the agreement would be voided, including during a hurricane, tropical storm, flood, or earthquake, but there’s no explicit mention of thunderstorms or lightning.

“We’re going to keep having conversations with Nebraska about when we’re going to reschedule it, and the open date would be the week after our last regular season schedule assuming we don’t make the championship game.”

If either team makes it the championship game, that will launch another conversation. For now, the teams are waiting on a decision on a possible makeup date at the end of the regular season.