The day before his tragedy death, he sent a now-heartbreaking Tweet. 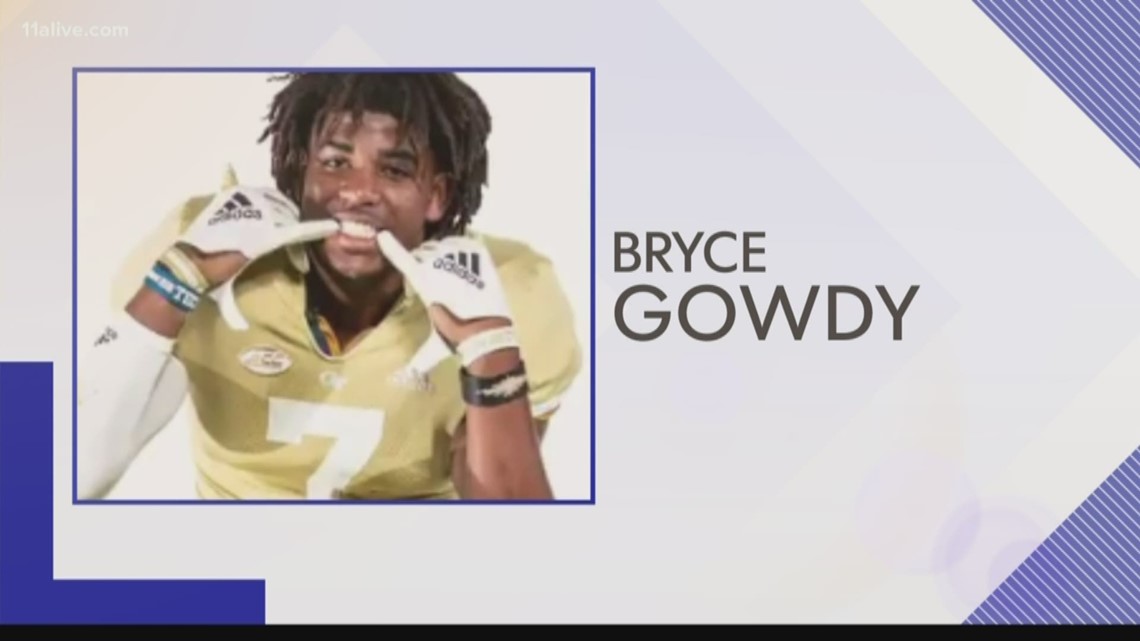 ATLANTA — A 17-year-old football player who was set to start college at Georgia Tech in Atlanta next week has died, according to Georgia Tech officials.

The school released a statement Monday saying they are mourning the death of Bryce Gowdy. The Florida native signed a National Letter of Intent to attend and play football at Georgia Tech earlier this month.

Just Sunday night, Gowdy tweeted that he was excited to head to Atlanta.

According to the Broward County Sheriff's Office, Gowdy was hit by a freight train just after 4 a.m. in Deerfield Beach, Florida. He was taken to the hospital where he died.

Gowdy was a wide receiver at Deerfield Beach High School. Georgia Tech said he finished his high school coursework a semester early and was expected to move to metro Atlanta this weekend and start classes on Monday, Jan. 6.

"Our entire Georgia Tech football family is devastated by the news of Bryce’s passing,” Georgia Tech football head coach Geoff Collins said.  “Bryce was an outstanding young man with a very bright future. He was a great friend to many, including many of our current and incoming team members."

"On behalf of our coaches, players, staff and families, we offer our deepest condolences to Bryce’s mother, Shibbon, and his brothers, Brisai and Brayden, as well as the rest of his family members, his teammates and coaches at Deerfield Beach High School, and his many friends. Bryce and his family will always be a part of the Georgia Tech football family," Collins added.

Since Gowdy's passing, the hashtags #BelieveIn7 and #RipSimba have been circulating online with many commenting on the tragic news.

His high school also tweeted about the Gowdy's death.

Gowdy help lead his high school football team to 30 wins over the past three seasons. According to Rivals.com, he was rated as a four-star prospect by all major recruiting services and was the No. 37-ranked wide receiver in the nation.

Sophie Speaks: How a Georgia mother allowed her boyfriend to impregnate her 10-year-old

He ate a cupcake, so they used a bat to beat him to death, police say