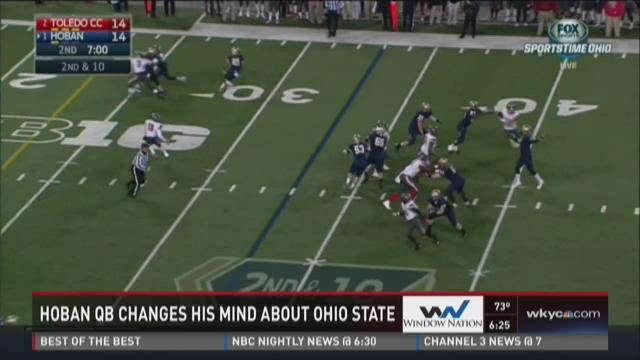 The 6-foot-4, 230-pound signal caller announced his decision to reopen his college recruitment on Tuesday morning in a lengthy Twitter post.

Out of respect for coaches on OSU staff, I will not be answering any questions on this topic. Ever... pic.twitter.com/KCUR4ZzcaA

The Columbus, Ohio, native was the first verbal commit of the Buckeyes' 2017 recruiting class when he pledged to join the Scarlet and Gray immediately after receiving a scholarship offer in December of his freshman year at Massillon Washington.

In his first season at Hoban last fall, Clark, a three-star recruit, led the Knights to the Division III state championship. Midway through the 2016 regular season, Hoban is 4-1 and ranked third in the latest Associated Press state poll.