The Bulldogs made school history Wednesday night, while the Eagles survived in overtime. 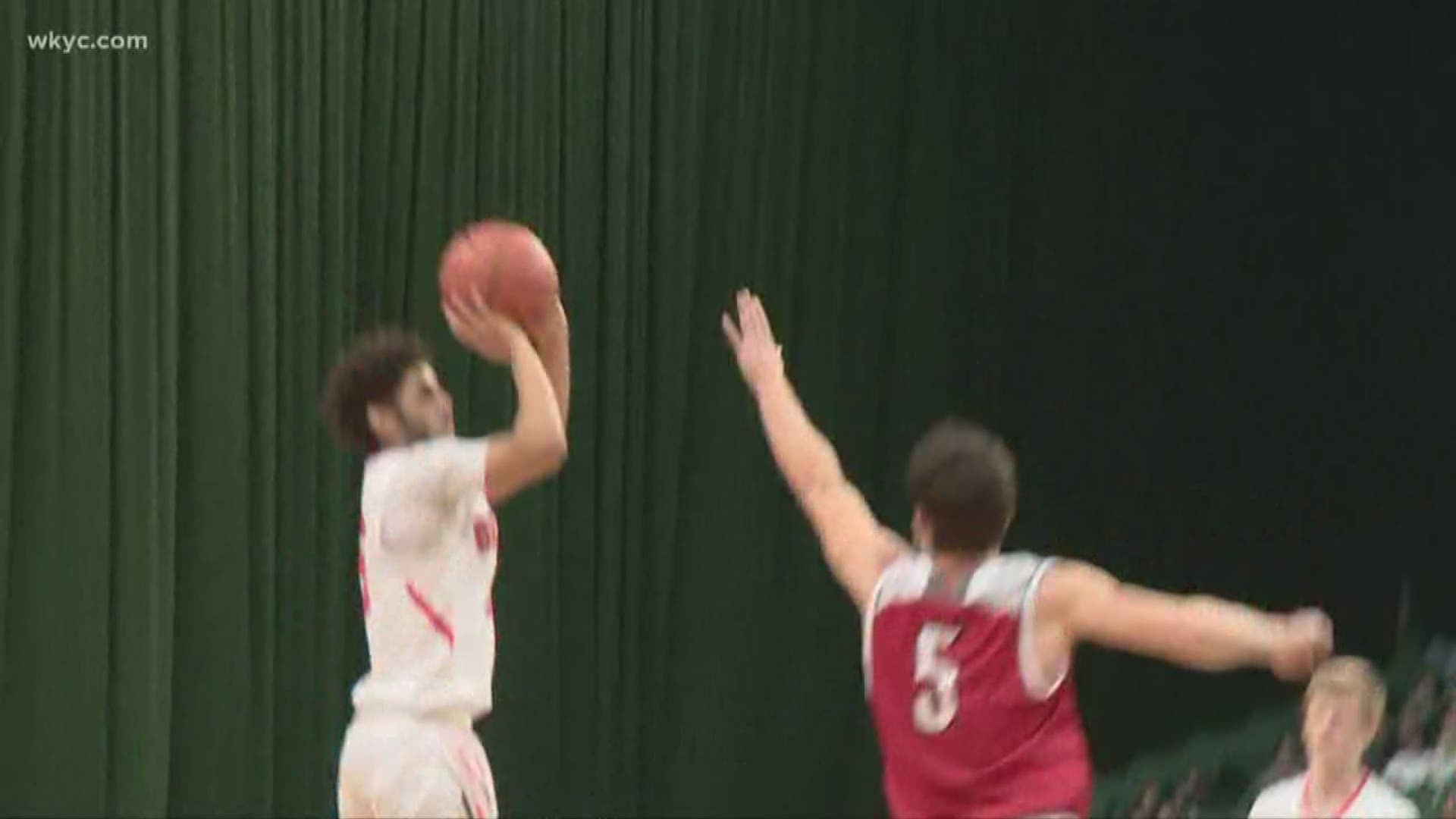 CLEVELAND — The Green Bulldogs will meet the St. Edward Eagles in the Division I regional final on Saturday at the Wolstein Center.

Green, making its first appearance in the regional tournament, stunned Mentor Wednesday night, 77-60, behind 24 points from Kaleb Martin. The Bulldogs trailed the Cardinals at halftime, 33-31, before putting the game away in the fourth quarter.

St. Edward is one win away from its 11th state final four appearance after defeating Euclid in overtime, 77-71. Euclid's Reggie Priah forced the extra period by sinking a desperation three-pointer at the buzzer, but the Eagles outscored the Panthers 10-4 the rest of the way to secure a berth in the Elite 8.