The Knights never trailed during the game, holding the Tigers' high-powered offense at bay for much of the evening. 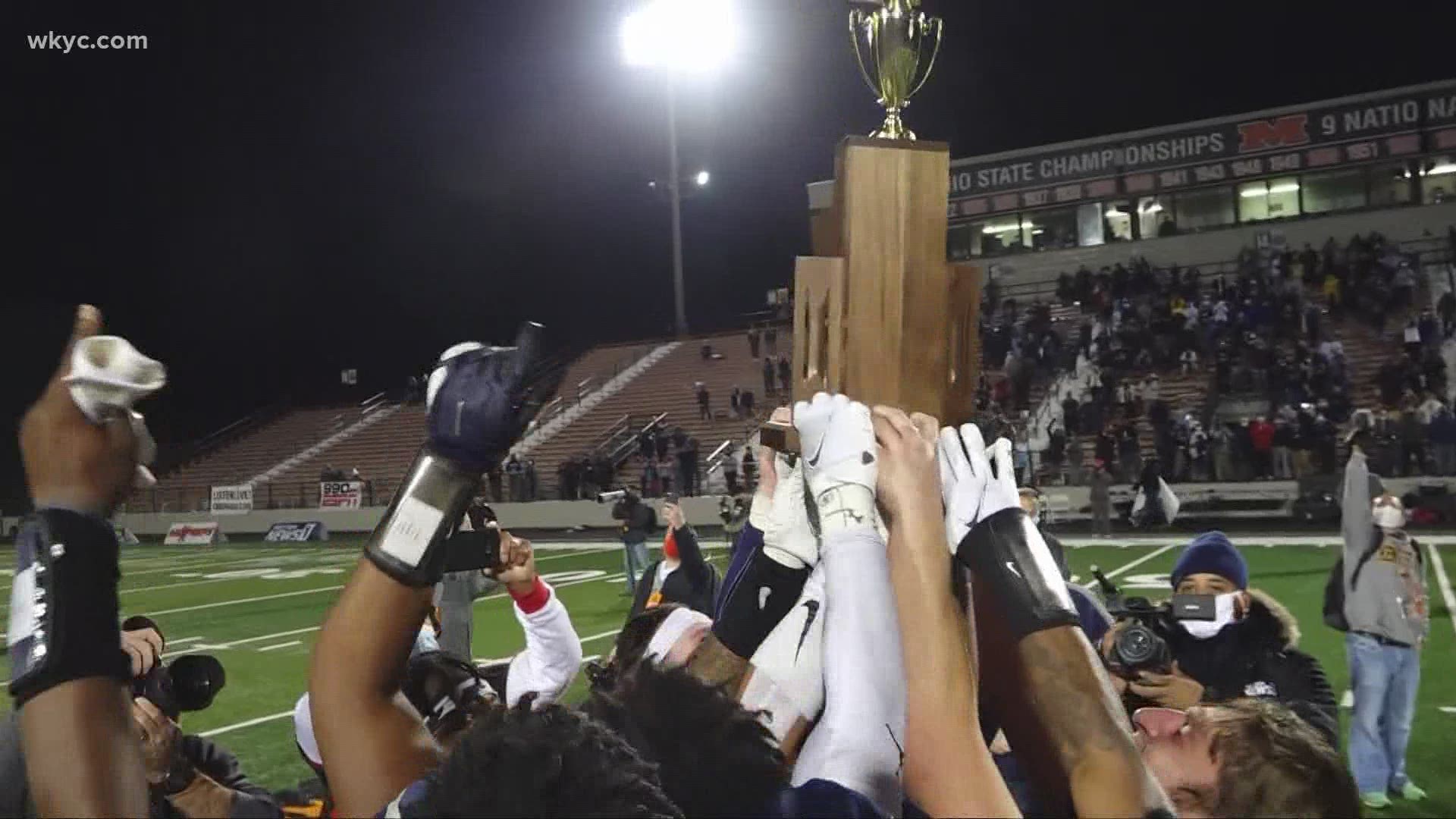 Other than allowing a touchdown late in the second quarter, the Knights (11-0) held the Tiger's high-powered offense at bay all evening long. Senior Kharion Davis intercepted a Zach Catrone pass near the goal line and later recovered a fumble that officially put the game away.

On the Hoban offensive side, quarterback Shane Hamm was crisp as ever in his last high school game, throwing for four touchdowns and running for another. The four-year starter helped blow open a 14-6 halftime lead, and Kharion Davis (who else?) caught two of those scoring strikes, including a 62-yard catch-and-run.

Massillon (10-2) signal-caller Catrone struggled all night under pressure from the Knights' front-seven, at one point even taking a vicious hit that somehow didn't knock him out of the game. The Tiger running game was also bottled up.

There were a few scuffles between the two talented squads, notably after the hit on Catrone and later following a passing touchdown from Hamm despite Hoban being up big with only minutes remaining. The latter incident resulted in multiple ejections.

This marked the third straight year Hoban and Massillon had met in the postseason, with the Knights taking two of three including the state championship game two years ago. The Tigers have now lost the last three D-II state title matchups, and the storied program has still not finished on top of Ohio's football mountaintop since 1970 (before the institution of the playoff system).

The game was played at Massillon's Paul Brown Tiger Stadium after being moved from Fortress Obetz due to Franklin County's stay-at-home advisory. As a compromise for playing in the Tiger's own field, Hoban was designated as the "home" team.