The only loss this year for the Shoremen came against the unbeaten Eagles way back in Week 1. 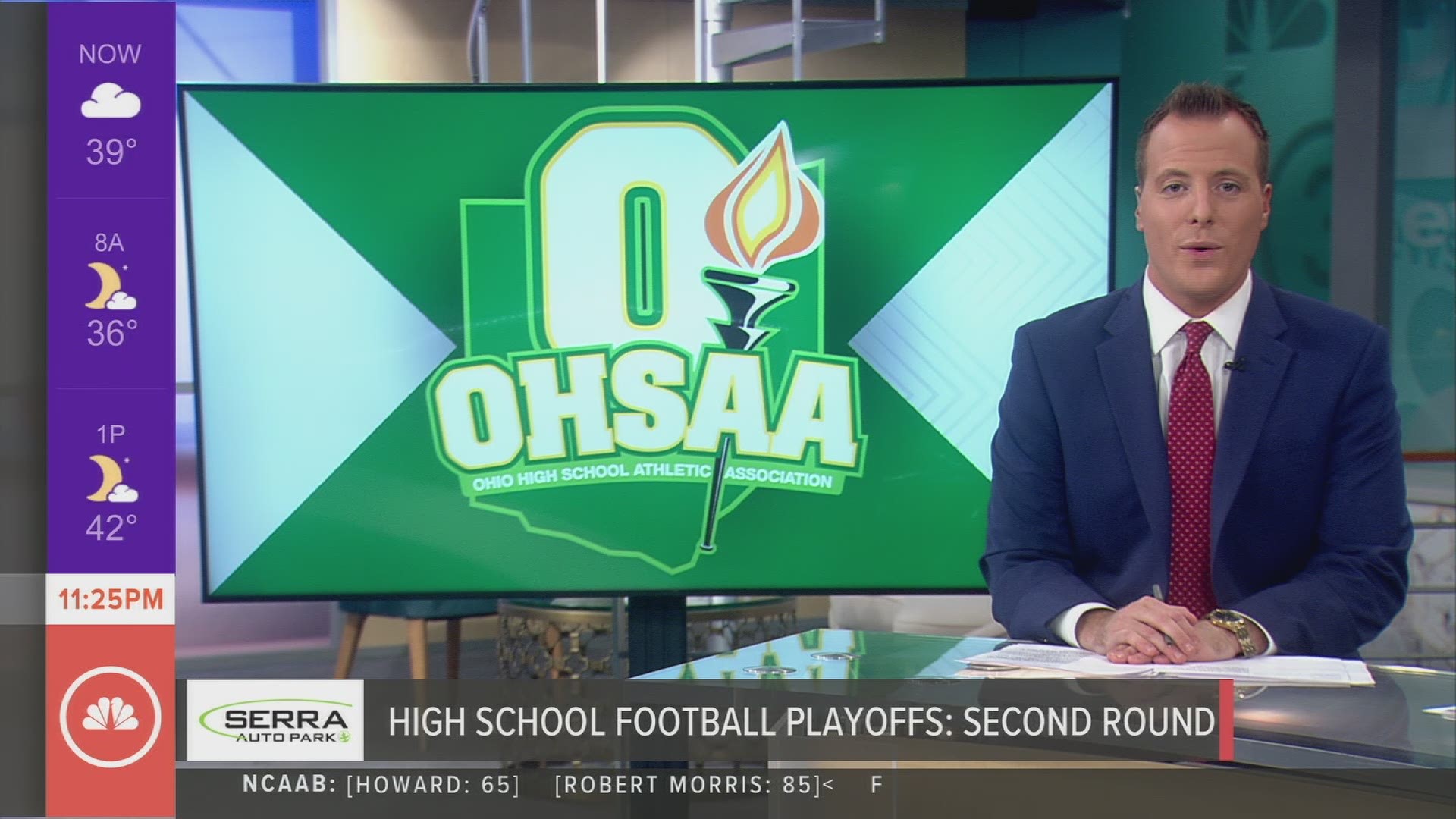 LORAIN COUNTY, Ohio — They're the two best football teams in Lorain County, fierce crosstown rivals, and have only one loss between them this season (when one beat the other). It's only fitting that they meet again for a regional championship.

Unbeaten Avon, the top seed in Division II's Region 6, will battle 11-1 and second-seeded Avon Lake Friday night in North Ridgeville. The two Southwestern Conference foes have seemingly been on a collision course since Week 1, when the Eagles edged the Shoremen 13-12.

"I know it's something they're excited about, because I know how we felt about it last year," Avon head coach Mike Elder told 3News' David Kinder, referencing Avon Lake's win over his team during the 2018 regular season before the Shoremen fell in the playoffs before the two could meet again. "You always want to get that second shot at somebody." 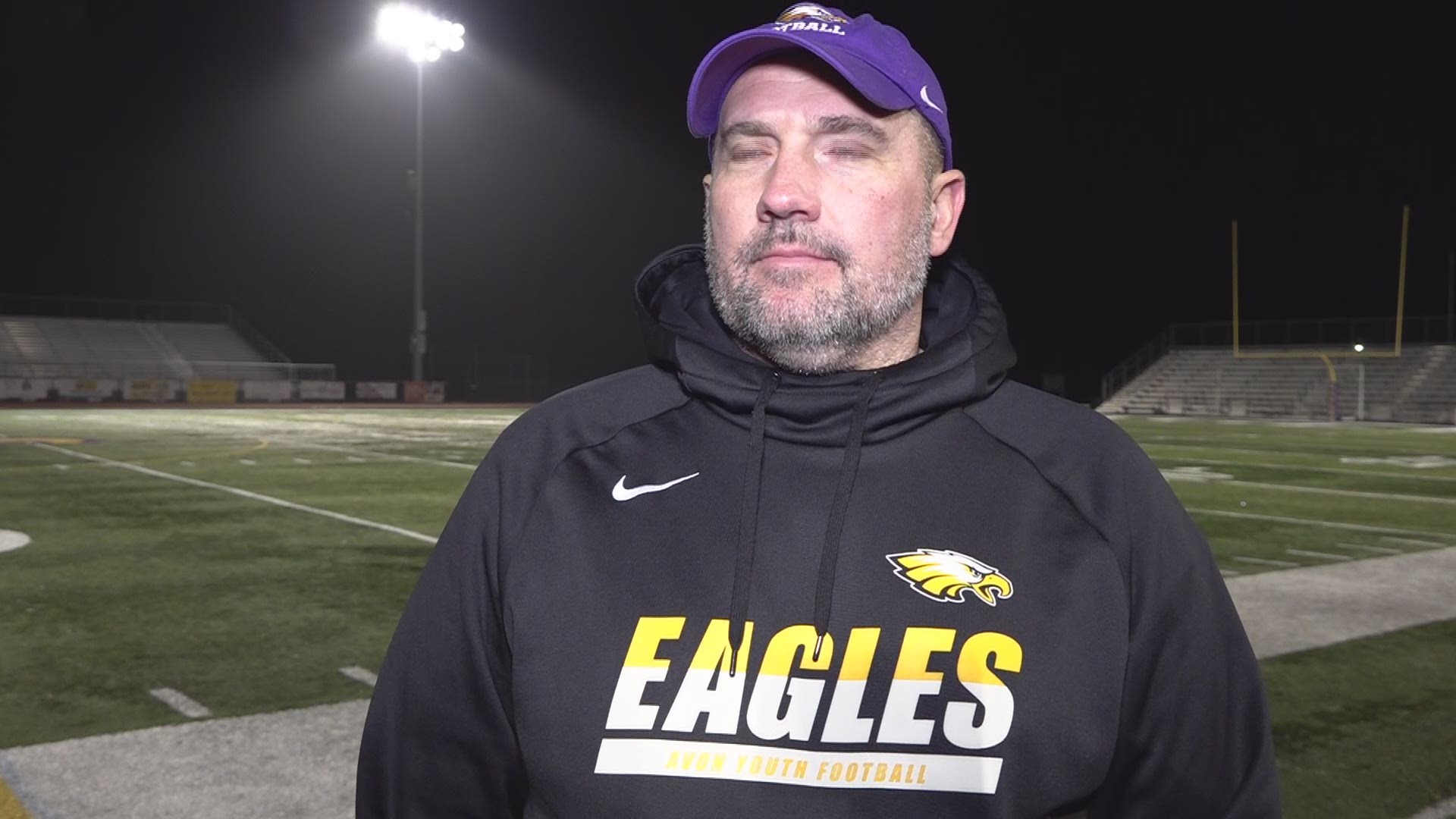 Avon has breezed through most of the rest of its schedule, despite losing multiple starters at different points during their schedule. That includes star running back Nick Perusek, offensive tackle and Ball State commit Tommy Lorincz, and quarterback Danny Zeh.

"We've probably got about 10-12 guys right now who are in different roles on this football team than they were in Week 1, so we're not the same team," Elder said. "I think we've gotten better in some areas, and we've had to go back and start from square one in some others."

Following a one-point win over playoff-bound Clinton-Massie in Week 2, Avon Lake won its next nine games by at least 24 points each and did not allow more that seven points defensively in any contest. That changed last week with a halftime deficit against Wadsworth, but a fumble return touchdown by Kadyn Viancourt paved the way to 17 unanswered points and a 31-21 victory. 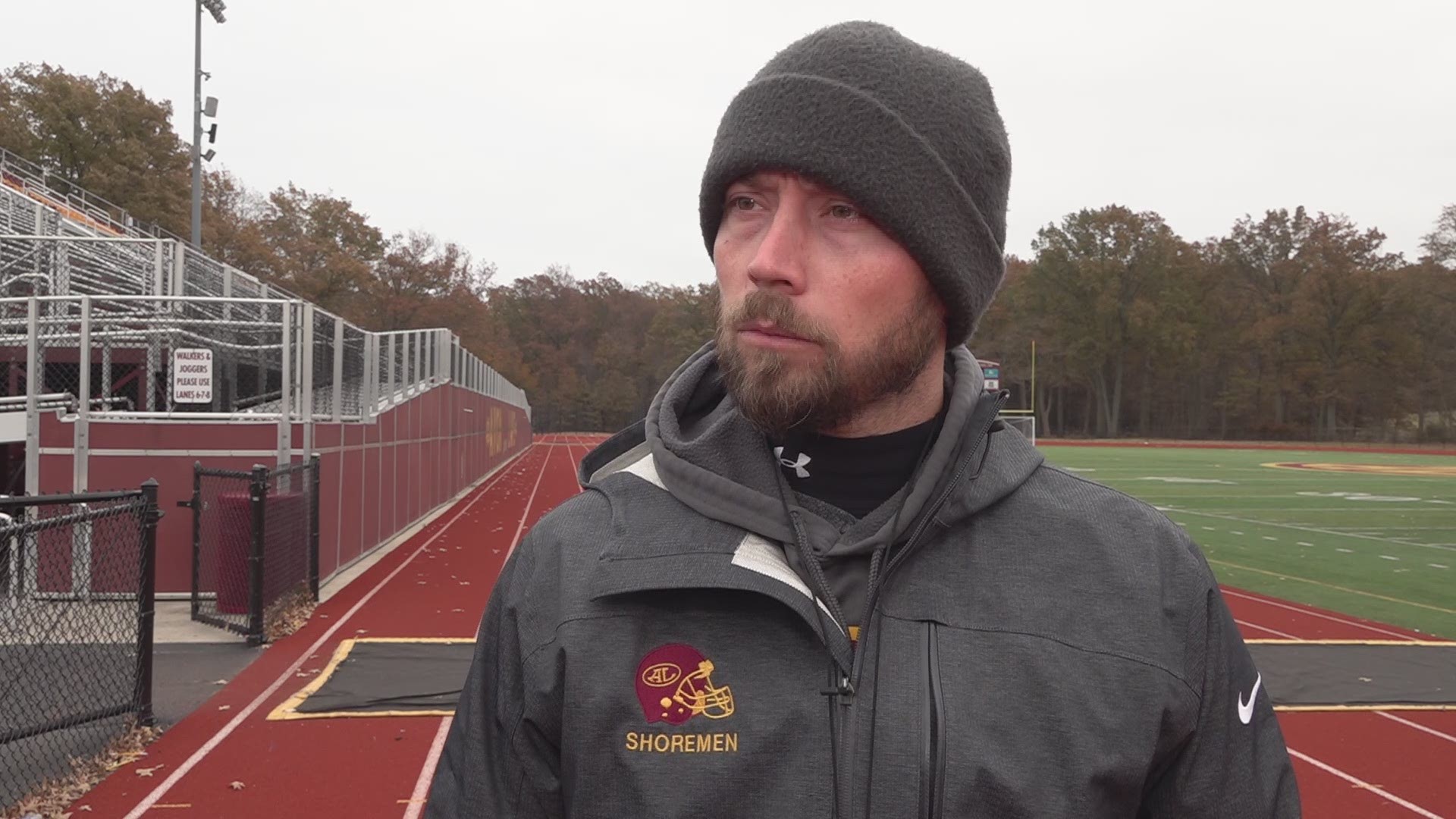 "I think we handled some adversity last week," Avon Lake head coach Matt Kostelnik, in his third season leading his alma mater, said. "It kind of ramped them up a little bit...They feel good right now, so we'll see Friday when kickoff starts."

The rivalry has grown since Kostelnik's playing days: During his senior year in 2003 the Shoremen went 15-0 and won the D-II state title without even playing the Eagles, who at the time played in D-IV and were in an entirely different conference. Avon has since built itself into a powerhouse in its own right (with only a state crown missing from the trophy case), and the programs have developed a mutual respect for one another.

"I kind of watched this rivalry develop from afar," Kostelnik said of watching the Eagles program grow during his days as an assistant at various local high schools and colleges. "I have a lot of respect for coach Elder, what he does, and how they handle their program...They've clearly set a new goal for what Lorain County football looks like."

The winner of this game will face either Massillon Washington or Archbishop Hoban next Friday in the state semifinals, a place where Avon lost 42-7 to the Knights last year. The last time these two teams met in the playoffs, the Shoremen upset the unbeaten and top-ranked Eagles in the first round to give legendary head coach Dave Dlugosz what turned out to be the final win of his career.