More than 795,000 people suffer from strokes every year, but a very small percentage of those affected are teenagers. 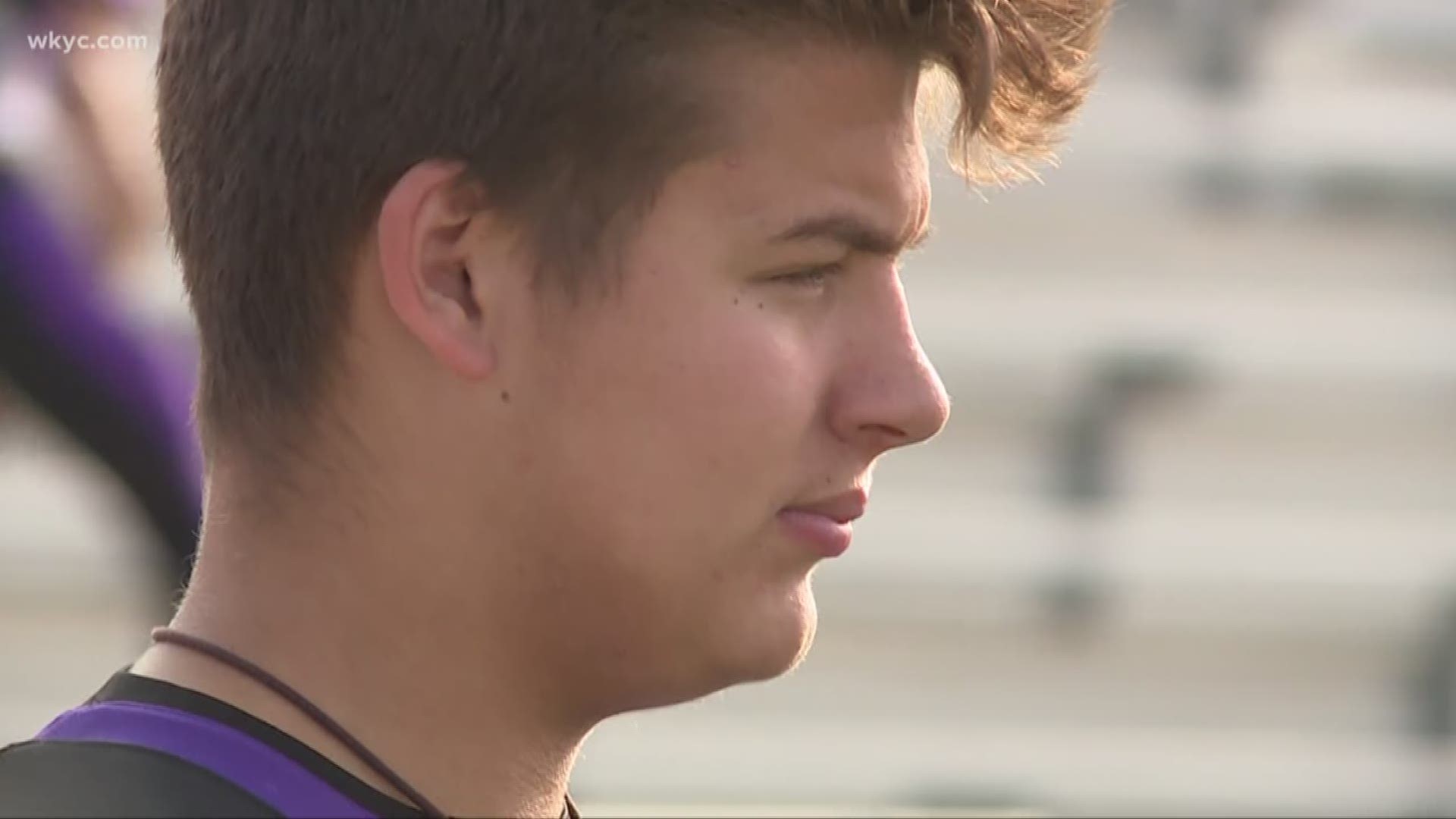 AVON, Ohio — It's a Friday night and the Avon Eagles are ready to battle against their rivals, the Avon Lake Shoremen.

But this game, in the last week of August, is unlike any other for both teams. Among them, is a player who defeated odds so great, the celebration at the end of the match has to be survival.

“When his mom texted me with the news that he had had a stroke, obviously, I remember how that affected me," Eagles Head Coach, Mike Elder, said while holding back tears.

A few weeks ago, Jake was at a mom and son bowling gathering for Avon Football at the Main Event in Avon. But the event quickly went from fun to frightening in an instant.

“My legs felt really heavy, and I felt like I was going to pass out," Jake recalled.

Jake went up for his turn, when suddenly, his left eye went dark. His mother, Lisa Burdick, relied on her training as a critical care nurse as she rushed to his side.

"I sat him down. I actually put his head between his legs. At first, I thought he maybe just needed some air," Lisa said.

The air didn't slow down Jake's symptoms, and they started growing by the minute.

"By the time the manager got there, he couldn’t feel his left side," Lisa said.

Lisa kept switching back and forth between mom and nurse until the ambulance arrived and raced off with her boy. That's when, she says, she fell apart.

“It was the worst thing…I’m going to try not to cry," Lisa tearfully remembered.

Jake's dad, Dan Burdick, raced to his son after receiving an urgent call.

“As I’m going, I pass the squad coming on the freeway. So I'm going as fast as I could go through traffic," Dan said. “When Jake saw me, he kind of broke down a little bit … it was hard.”

Doctors at first thought it was a complex migraine. After more tests, they delivered the startling diagnosis: At 16 years old, Jake had suffered a stroke.

“That’s when they did an MRI, and that’s when it revealed the blood clot, that was in my brain," Jake said. “I just kept telling myself, 'it will be over soon.'”

The fear, however, for his parents, was not over. Doctors told them to prepare for the worst.

“You see all these hopes and dreams and goals for your child, just dwindling in front of your eyes," Lisa said.

“We always try to keep a positive attitude, but it’s horrible," Dan remembered.

After a few days, Jake finally had some movement.

“We both went in there, and he could actually raise his hand and do the thumbs up sign," Lisa told us. “Just seeing that progression, it was amazing.”

The Burdick's say the community support was overwhelming. Calls, texts and visits from team members came flooding in after the incident.

Jake even received well wishes from an unlikely source: His competition.

“Avon Lake sent a card signed by all the football players," Jake said.

Those who love Jake say the response isn't surprising considering all he gives each day.

“He’s an ultimate team player so it doesn’t’ surprise me that our community and our team rallied around him in his time of need," Coach Elder said.

“We wouldn’t ask for a better kid. His coaches, his teachers … everybody will tell you that," Dan said.

“There’s something special about him," Lisa told us.

Jake won't take the field for the rest of the season. He's scheduled for heart surgery later this month to correct a defect he's had since he was born. Doctors still aren't sure if that's what caused the blood clot in his brain.

But as he proved just weeks ago, he's as resilient as they come. Football is forever a part of him, and the motivation for him to lace up next year.

“It’s a brotherhood that’s lasts forever…it’s just a bond we all have as players. It’s crazy," Jake said.

A bond that transcends both sides of the field.