The Lions had two turnovers by the goal line and were also stopped there on fourth down. 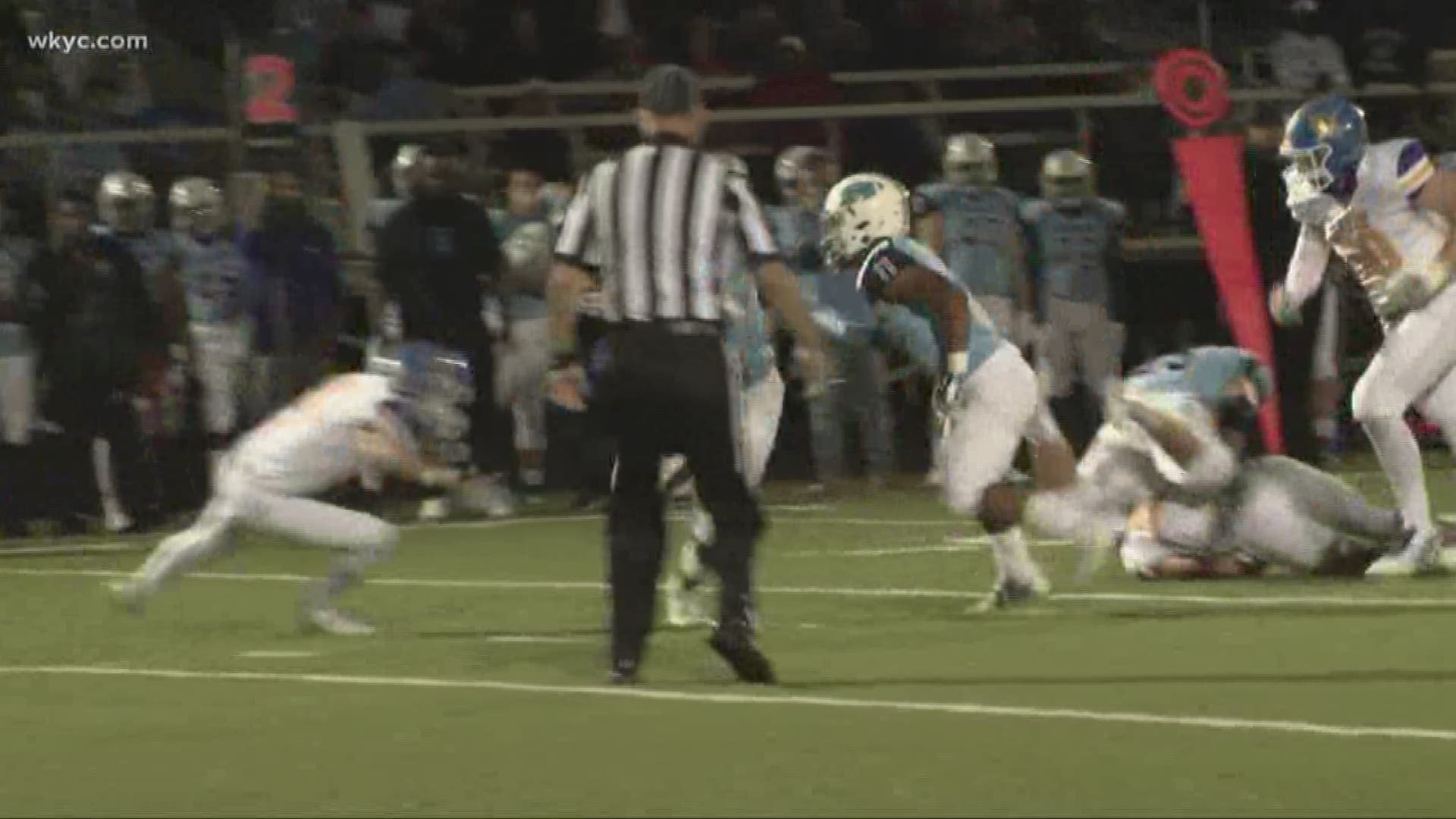 CHARDON, Ohio — It was a must-win game for the Notre Dame-Cathedral Latin Lions. Unfortunately, they were done in by their own mistakes.

NDCL fell to the Benedictine Bengals 38-20 Friday night in the WKYC.com High School Football Game of the Week. The victory was the first for Benny this year in the North Coast League and was a nice recovery after a 42-10 loss to Archbishop Hoban in Week 6.

The Lions' problems began on the first drive of the game, when they were stopped on fourth down near the goal line. Later in the half, NDCL drove again only to have quarterback Jon Sharp be picked off by Matthew Stauffer.

The Bengals (6-0, 1-1 NCL) took a 21-7 lead into halftime after touchdown passes from Ronnie Schultz to Akron commit Charles Rosser and later Angelo Lott. The Lions got the ball to start the second half, but another costly red zone turnover (this time a fumble by Johnny Wynn) proved costly.

Still, NDCL (3-4, 0-2 NCL) fought back to cut the deficit to 21-14 thanks to a 14-yard score by Jimmy Mitchell. However, Rosser caught his second TD of the game on the first play of the fourth quarter, and Benny pulled away from there. Jalen Edwards added two scores on the ground.

Benedictine will host Lake Catholic next week hoping to improve their standing in the Division II playoff race. NDCL, meanwhile, will head to Walsh Jesuit with their D-III postseason hopes officially in life-support.

Dave "Dino" DeNatale and Mark "Munch" Bishop called the game live on WKYC.com and our social pages. You can listen to the contest again in the player below: