Best in the Midwest: Mentor enters OHSAA football playoffs at 10-0, near top of national rankings

The Cardinals are trying to capture the state championship that has eluded them throughout their history. 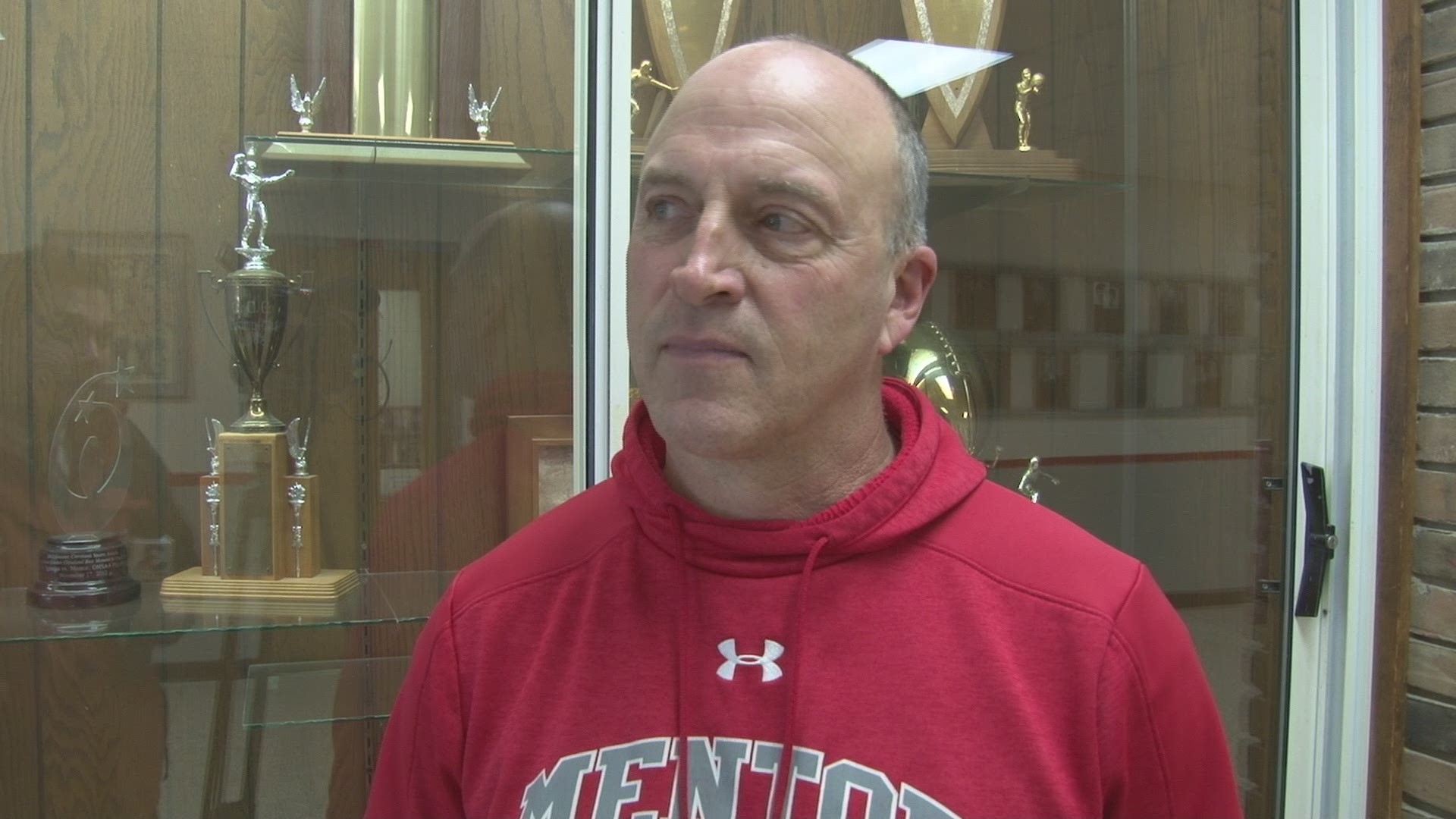 MENTOR, Ohio — It's a familiar scenario for the Mentor Cardinals: Conference champions, No 1 seed in the playoffs, prime contender for Ohio's Division I state football title.

However, there's something special about this years team. Maybe it's just their sheer dominance, or the circumstances surrounding their legendary coach. Whatever the reason, all of Northeast Ohio is taking notice, as is the rest of the country.

Mentor completed its first 10-0 season since 2003 last Friday night with a 56-21 victory over the Strongsville Mustangs. The victory clinched the outright Greater Cleveland Conference championship, as well as the No. 1 ranking in Region 1 for the OHSAA playoffs. The team is also a near-unanimous No. 1 in the state's D-I Associated Press poll.

But at this point, it's bigger than just Ohio: According to MaxPreps' Freeman computer rankings—one of the five major polls used to select high school football's national champion—the Cardinals and the seventh-best team in the country. The four other major polls also give the Lake County squad plenty of love:

In addition, both USA Today and the National Prep Poll have Mentor as the No. 1 team in the Midwest region, just ahead of Louisville Male High School.

How good have the Cardinals been? Not only did they finish the regular season undefeated, they also earned hard-fought wins over local powerhouses St. Edward (who is also nationally-ranked) and St. Ignatius. The team also won every one of its GCC games by at least 34 points, including blowouts over fellow playoff teams Medina (63-7), Solon (41-7), and Euclid (45-0). 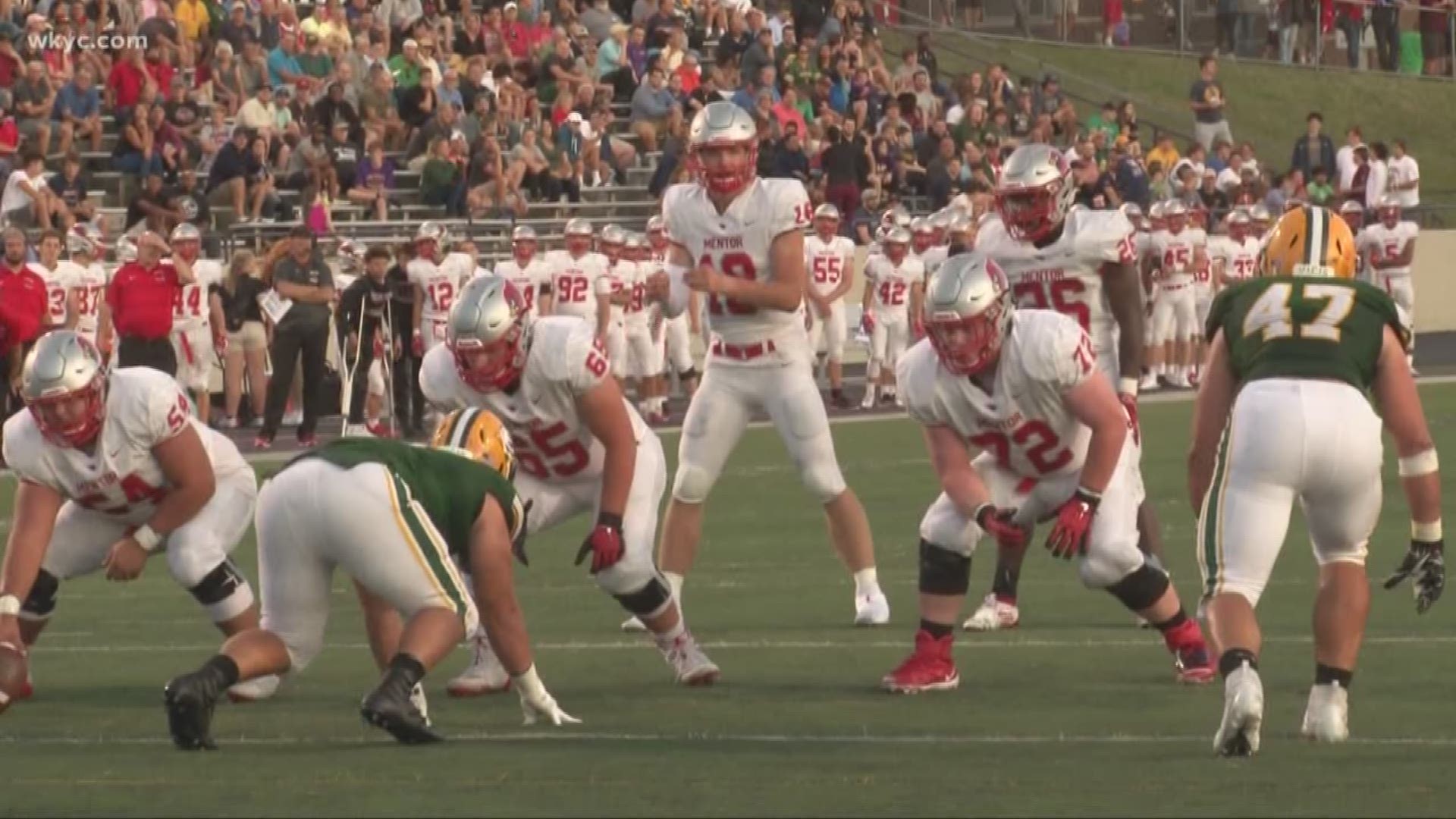 The squad is led by the connection of quarterback Ian Kipp (possibly the best at his position in Northeast Ohio) and receiver and Kent State commit Luke Floriea. The defensive unit, despite losing star Noah Potter to Ohio State this past summer, is giving up an average of just 11.6 points per game.

But the main backdrop of this season has been head coach Steve Trivisonno. The 55-year-old has posted a 206-69 record in 23 years at Mentor, but has already announced that 2019 will be his final season with the school. While he is not "retiring" (he has said he is interested in being an assistant coach at the collegiate level), his departure will surely mark the end of an era for one of the region's most successful programs.

Despite being one of the best coaches in the history of Northeast Ohio high school football, the one thing missing from Trivisonno's resume remains that elusive state title, as his Cardinal teams have lost each of the previous four times they have played in the final game. In fact, Mentor as a program has never won a state football championship, not even under great coaches like Lee Tressel (who won 34 straight games) and Dick Crum.

Can this year's team finally accomplish that feat, and maybe add a national title to boot? The road begins this Friday night at Jerome T. Osborne Sr. Stadium, where the Cardinals will host eighth-seeded Cleveland Heights (9-1). Regardless of the result, it will be remembered as Trivisonno's last home game.