St. Edward High School has announced that it is seeking a new opponent to replace its previously schedule game vs. Bishop Sycamore. 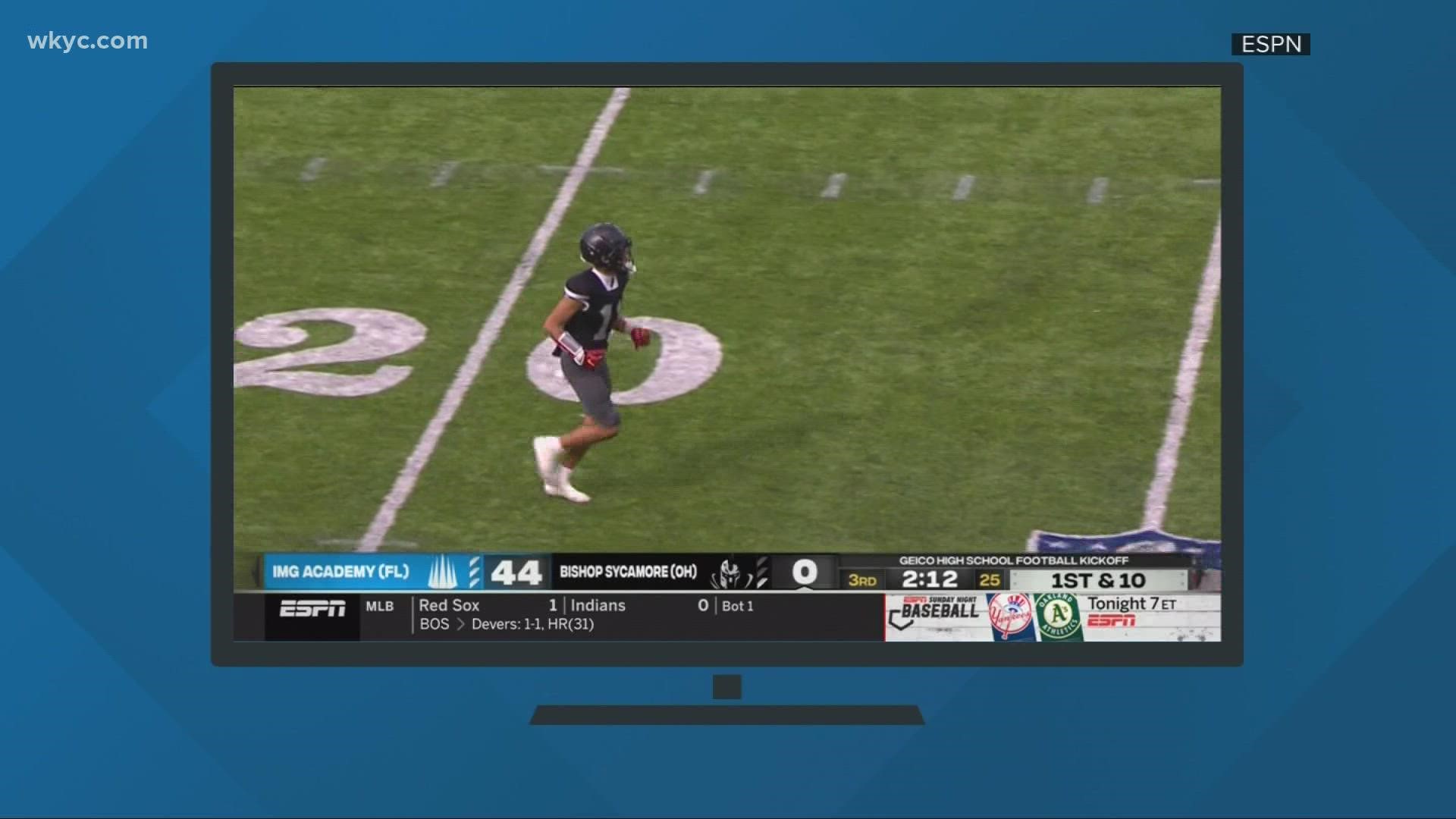 LAKEWOOD, Ohio — The fallout from the Bishop Sycamore scandal has reached Northeast Ohio.

Taking to social media on Wednesday, the St. Edward High School football program announced that Week 6 on its schedule is now open and that it is "actively" seeking a new opponent for the date. That's the same week that the Lakewood-based private school was previously scheduled to face Bishop Sycamore -- the mysterious Ohio football team that has generated national headlines since facing IMG Academy from Bradenton, Florida, at Canton's Tom Benson Hall of Fame Stadium in a game that was nationally televised on ESPN on Sunday.

In addition, NBC News is reporting that Bishop Sycamore's other two remaining opponents (per MaxPreps) have also decided not to play the controversial team.

Bishop Sycamore was scheduled to play Oct. 8 vs. St. Thomas More School of Oakdale, Connecticut; and Oct. 22 against Saint Frances Academy of Baltimore.

"Our school did its due diligence about the situation. We gathered all the facts and decided to move forward," St. Thomas football coach Ernest Anderson told NBC News' David K. Li.

And when Li asked Saint Frances AD Nicholas L. Myles if his school's date against the Ohio team was still on, he simply replied, "No, it's not," and declined to elaborate.

Questions regarding Bishop Sycamore first came about when the broadcasters on the ESPN telecast admitted it couldn't verify that the team possessed a number of Division 1 recruits, as it had claimed. Since then, AwfulAnnouncing.com has reported on a number of red flags regarding the team, which claims to be based in Columbus, Ohio, including that it had played another game two days prior to its matchup against IMG Academy and that the team's roster includes multiple post-graduate players.

In a statement to 3News' Laura Caso, Paragon Marketing Group, which scheduled the game for ESPN, said that it was "misled" by Bishop Sycamore. Meanwhile, Ohio Governor Mike DeWine announced on Tuesday that he was calling on the Ohio Department of Education to investigate the matter.

“Like many Ohioans, I am concerned by the recent reports and questions raised about Bishop Sycamore," Gov. DeWine said in a statement. "While this weekend’s football game brought concerns about the health and safety of players, it also raised red flags about the school’s operations. Schools like Bishop Sycamore have an obligation under Ohio law to meet certain minimum standards. Whether Bishop Sycamore meets these standards is not clear. I have asked the Ohio Department of Education to conduct an investigation into Bishop Sycamore to ensure compliance with Ohio law and to ensure the school is providing the educational opportunities Ohio students deserve.”